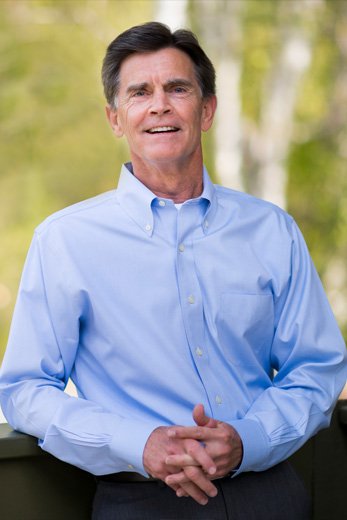 Chip Ingram is my guest on the March 2021 episode of the Exponential Groups Podcast. Chip is the teaching pastor and CEO of Living on the Edge, an international teaching and discipleship ministry. A pastor for over thirty years, Chip is the author of many books, including Holy Ambition,  True Spirituality, The Invisible War, and the soon to be released book: Yes, You Really Can Change.  Chip and his wife, Theresa, have four grown children and twelve grandchildren and live in California.

Q1: In the last year, church ministry became more decentralized than ever. As the leader of a parachurch ministry, Living on the Edge, what insights can you give pastors whose flocks have scattered?

Chip: The first thing I would say is, and this may sound so counter-intuitive, the greatest thing a pastor can do is stand guard and make sure your own soul and your own family is in a healthy place. Protect yourself from the pressure, the stress, and the bad decisions that come from trauma. You are not going to please everyone.

Second, I think it’s really important to get your key leaders and go back to what is our mission and what is our vision? What are we really trying to accomplish? Don’t jump to what your tactics should be. Ask yourself if that’s our mission.

Q2: Let’s talk about spiritual transformation. You have a new book called Yes! You Really Can Change: What to Do When Your Spiritually Stuck, which releases on April 6, 2021. What do you mean by spiritually stuck?

Chip: We all get stuck in certain seasons. If you read through the Psalms, David, a man after God’s own heart, at times he’s dancing and praising God, and then there’s a couple of them where he sounds like he’s clinically depressed. Life isn’t even. Sometimes there’s spiritual malnutrition when you don’t take in enough of the truth. Some people over time get caught in moralism, which says the Christian faith is about just being a good person. Or you get stuck in legalism. Somehow you think that it’s all about your performance. Sometimes you get stuck because you have some bad theology that you just think that it really all depends on you. This book is about how life change really occurs.

Q3: You write that “evangelical Christianity has developed a culture in which no one is very surprised when someone prays to receive Christ and continues in a lifestyle of minimal change.” How did the church get to this place? How can we challenge this trend?

Chip: I think the movement to be more seeker sensitive got so seeker sensitive that we didn’t just get close to the culture, we fell in. But the Bible says, it’s the grace of God that teaches us to say no to all ungodliness and worldliness and to live holy lives. We’ve got three major enemies. I still have my flesh. I still have those desires from my old life even when Christ lives in me. I have a world system daily like never before with access with the internet on the lust of the flesh, the lust of the eyes and the pride of life. So there’s great opportunity. I’m in a spiritual battle where there are actual evil angels seeking to tempt and to trick and to scheme. It’s a real battle. If we don’t renew our mind, if we’re not doing life together in authentic community, man, we are going to get killed. And I think that’s happened a lot, but it doesn’t have to be that way. I’m hopeful.

Q4: In the book, you talk about “passive faith.” What is passive faith and why is it dangerous?

Chip: I think passive faith is this idea that I prayed to receive Christ, and then if God is going to do something really significant, I’m waiting for Him to show me what I’m supposed to do. One guy in my church is a good example. He went to a good school. He was a football player. He became a doctor. He became a specialist. He came to church regularly. He became upwardly mobile. If you asked him, he believed in God, he could articulate the Gospel, but found a few cracks in his marriage. His kids were becoming more and more entitled. I had a major injury, and [went to this doctor]. We got to know each other.

I gave him the book, True Spirituality about what it means to become a Romans 12 Christian. He read that book and asked if we could meet. We got coffee and he said, “I’m not this, (meaning the book). I come to church. I like you. I even give some money to the church. We’re not super involved, but to be surrendered, I never understood. I have never even heard that before.”

We were talking a bit more deeply, and I asked him, “Have you ever told God not just that you believe Him for salvation, but, that you want to follow you wholeheartedly?” This is the Lordship of Christ.

He said, “Yes, I have.” I asked him when he prayed that. He says, “About three days ago when I read your book. I thought I was fine. I thought I was doing great. I’ve been reading. I was so off.” This changed his life, his marriage, his kids, and led him to actually take another job.

I think we have a huge percent of the population of very sincere people with a passive faith. But it’s different than when Christ is the center and the Lord of my life. I’m renewing my mind. I’m in authentic community. I’m a part of God’s radical agenda to bring light and love to the world. I think that people are looking for that.

Q5: We met about six years ago. You were pastoring a church in Silicon Valley and you set a pretty big goal. I think you had about a 100 groups at the time, and you wanted me to help the church get to 400 groups with the Holy Ambition curriculum we created together. How did that go?

Chip: What we knew was there’s a lot of old ways to do small groups. We were looking for a way to accelerate the growth of our groups. We decided with your help that we would try something new. We had good trust. So we literally said, “Hey, if you will just volunteer, we’ll help you. We’ll equip you.. You can invite believers or unbelievers because of the nature of the study.” Everyone wants to find their purpose and it was a tremendous success. “We had people say, okay I’ll do this.” Then they recruited their own groups even. We just had thousands of people go through it, and hundreds of groups launched.

Q5.5: How did all of that effort at creating curriculum and recruiting groups impact your church?

Chip: The neat part was pretty soon stuff started bubbling up. There was a guy who had never been involved very much. He was invited to a group. He saw a homeless person and said, “We should do something about that.” Taking action was built into the small group material. The study focused on what is your group going to do? I don’t mean this critically, but sometimes the group is focused on talking about what the text says and, and sharing your life and all that’s really important, but the missional part often gets neglected. This was a very missional focus. This guy found all his old coats and jackets to help some homeless people. And then he invited others to join him. I can still remember these huge bins with hundreds of coats. We saw people clothed and help and loved. That’s the story from one small group that got missional. So thank you. You did a great job on that, and God worked in the Bay area because of it.

Allen: Thanks, Chip. It was great to work with you and your church.