Are Your Small Groups Stuck? 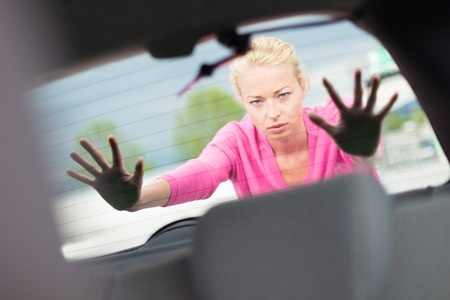 Stuck is not a good feeling. It’s that place where you feel you’ve tried everything you can think of to recruit more leaders, connect people into groups, and keep them going, yet your numbers aren’t showing the success you would hope for.

Getting stuck is common in small group ministry. Some people get stuck at the start of a groups’ ministry and just don’t know what to do. More commonly, groups get stuck at having only 30-50 percent of the congregation connected into groups. This is the point where a single strategy typically runs out of steam. The temptation is to scrape the strategy that got you part of the way there and replace it with another strategy that will get you all of the way there. But, there’s a problem.

One size does not fit all. Everyone won’t say “yes” to the same thing. If 30 percent said “yes” to say, the metachurch model or the host home strategy, then celebrate that success. While if you persist, you can bump participation up to 50 percent or so, neither of these strategies will get 100 percent. And, that’s okay. If half of your congregation said, “no” to these approaches, then you need to figure out something different that they might say “yes” to.
If this sounds like your story, then you’re in good company. This was also my story. I worked for seven years handpicking leaders and forming groups only to see 30 percent of our adults connected into groups. My leaders couldn’t identify apprentices in their groups, so recruiting new leaders all fell on me. Not only were there no apprentices, but groups didn’t want to divide and make new groups. After seven years, we were stuck. But, then we tried something different.

We actually did a few things different. We created our own curriculum based on our pastor’s teaching videos. My pastor recruited leaders from the pulpit rather than me handpicking them. We even reached a place where people just invited their friends to do a study together. They didn’t even call themselves “leaders” or “groups.”

Long story short, within six months, we had connected 125 percent of our average adult attendance into groups. We were actually using five different strategies at the same time! Everybody in our church found something they could say, “Yes” to.

Then, we faced the task of keeping these groups going. It’s fairly easy to generate a lot of excitement about groups for a six week study, but motivating groups for the long haul takes some effort. We supported our new leaders with coaches and offered them next steps for studies to continue their groups. We also discovered that how the groups were formed made a big difference in whether or not the groups would stay together. Hint: Groups of friends tend to last longer than groups of strangers.