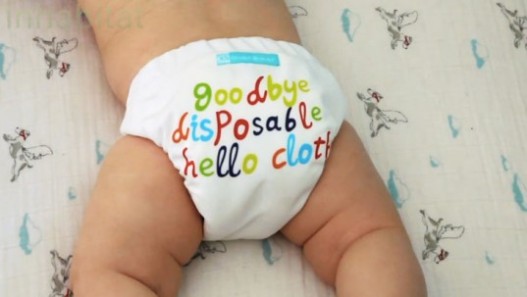 I caused a bit of a ruckus this week by proposing the idea of Disposable Small Groups. I used the analogy of disposable diapers versus cloth diapers. Here’s the bottom line (so to speak): diapers are useful for a brief period of time, but the goal is to potty train our children. If our small group ministries stay in diapers, we’re all in trouble.

While some small group strategies unfortunately produce groups that are short-lived or a system is not in place to sustain these groups beyond one series, the reality is this phenomena of “disposable groups” can be completely avoided, if the right things are in place.

I will admit coaching is a tough one. It’s hard to find the right people. Most small group pastors are unclear about the role of a coach. And, to top it all off, when you launch a church-wide campaign, whatever coaching system you did have in place is completely overwhelmed. I’ve been there. In fact, in our church in California we doubled our small groups in a day. Here’s how we figured out coaching.

Do the math: if you double your groups, then half of your groups are new and half of your groups have experience. We implemented the buddy system. We matched up an experienced leader with a new leader for the six week campaign. We didn’t call them “coach.” We called them “buddy” or “helper.” What we found was more of our new groups sustained and fewer of our groups were, uh, disposable.

At the end of the six weeks, we asked the experienced leaders if they enjoyed helping a new leader. If they did and they were effective, we invited them to coach a few new leaders during the next campaign while they continued to lead their existing groups.

Over time, this structure developed levels of Community Leaders, Coaches and Group Leaders similar to what Carl George advocates in Prepare Your Church for the Future. Just as Jethro instructed Moses in Exodus 18, we had leaders of tens, leaders of fifties, leaders of hundreds, and leaders of thousands. Or, in the case of that church, leader of thousand (singular).

A coaching structure may seem daunting, but without it, you are destined to produce disposable small groups.

People hate meetings. Meetings are inconvenient. People are busy. So, we really need to ask the question: What is training?

Training can be a blog post. In fact, that’s how this blog got started. I would answer one of my leader’s questions each week and send it to all of the rest.

Training can also appear on the curriculum DVD. By adding weekly training to the DVD, a leader has what they need when they need it as they go through the materials.

Training can be sent by video through an email. Any small group pastor/director with a smartphone, an iPad, or a laptop can record a 2 minute video (not longer) and send it out to his/her small group leaders each week. This is even better than training on the DVD, because you can answer timely questions as they are asked rather than anticipating what questions they might ask.

Yes, we still need initial training to get a group started. This could happen between services or even during a service, but we need to rethink small group training. If our leaders are learning through blogs, books, articles or video emails, then that IS training.

3. No EGR Left Behind

Identifying needs, even challenging ones, presents a great opportunity to offer help maybe in a way you weren’t able to before. Changes are the church staff may not have even known about the need. Don’t shy away from these opportunities to serve. While the group doesn’t need to turn into that individuals support group, you can direct them to support through actual support groups in the church or community as well as counseling resources. Of course, any person should be welcome to stay in your group, but they need to be reminded that the purpose of the group is for fellowship and Bible study not for group therapy.

4. There Are Always More Groups in the Sea, But Don’t Reinvent the Wheel

Growing churches have great potential to recruit new hosts during every church-wide campaign. But, don’t turn this into a numbers game. Rather than merely celebrating in your group total, we need to celebrate whose groups are continuing and how these groups are growing deeper in relationship with each other and with God.

I hope you were disgusted with the idea of disposable small groups. While some groups will form for only one series, then disappear until the next church-wide campaign, this should be the exception and not the rule. By following these principles, disposable groups can be avoided.