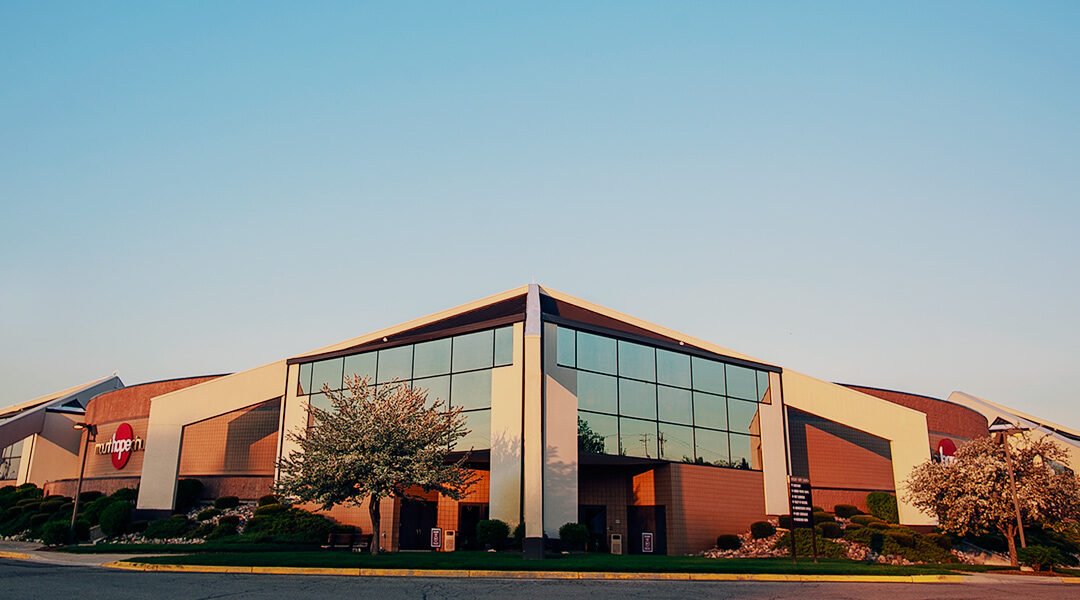 “We want to connect 80 percent of our people into groups in 2021,” announced Pastor Kevin Berry. That seemed like a loaded statement. To start, the church only had 19 percent of their adult worship attendance in groups. Next, small groups had never been a high priority at the church. Lastly, did you catch the date? 2021 was just more of the chaos and uncertainty of 2020, but God gave Pastor Kevin a vision. Here’s what happened.

Mount Hope is an Assemblies of God church in Lansing, Michigan. They have an in-person worship attendance of 1,000 adults and an online worship attendance of 500 (2021). The church was founded in 1925 but became what it is today under the leadership of Pastor Dave Williams (1981-2012) and is currently led by Pastor Kevin Berry. Mount Hope is known for global missions and supports works in over 150 countries. They are also known for serving their local community. Mount Hope has a goal to reach everyone within a 50 miles radius of Lansing, which they call the “Soul Zone.” But, small groups have never been a high priority for the church until this year.

Mount Hope began 2021 without a Life Group Pastor and only 29 groups. After a conversation with Pastor Kevin in early 2021, the Mount Hope Executive Team decided to hire me (Allen White) as their outsourced Life Group Pastor for 12 months. Our goal is to connect 80 percent of the average adult worship attendance into groups, connect every leader with a coach, and develop leaders for longer term service.

The Senior Pastor Led the Charge

The vision caster for every church is the senior pastor. It just makes sense. The senior pastor hears from God and shares the vision with the people. In this case, Pastor Kevin became the spokesman for small groups. He announced the series. He invited people to gather their friends, open their homes, and host online groups. He asked them to text “Host” to the church’s text line, then asked them to meet him after the service for a host briefing, which he introduced then handed off to other staff.

This is the influence of the senior pastor. I have served in full-time ministry since 1990. Most of that time I served as the Associate Pastor, Discipleship Pastor, Vice President, and now outsourced Life Group Pastor. What I’ve learned is that even if I said the very same words as the senior pastor, I would only get 30 percent of the result. How do I know? I cast vision for groups in my church in California for seven years and connected 30 percent of our adults into groups. That number was no coincidence. The day my senior pastor invited people to host a group, we doubled our groups in one day.

In the two alignment series at Mount Hope this year, groups grew from 29 at the start to 53 groups in the first series. Then in Fall 2021, groups went from 53 to 83. When student ministry groups under Pastor Peter Reeves as well as support groups under Pastor Josh Goodman were added in, Mount Hope peaked so far at 99 groups and 59 percent of the congregation connected into groups.

The Church Created Their Own Curriculum

In order to get more people into groups and raise the value of small groups at Mount Hope, the church launched two alignment series based on the sermon series. One series ran in the spring of 2021 (May-June). A second series ran in fall 2021 (September-October). A third series is being produced now for new year 2022. This seems like a lot to create, but several important factors drove all of this forward.

First, Pastor Kevin recognized that if the groups were aligned with where the teaching team taught on the weekend, the people would follow along. For most people who aren’t connected to groups, the reason they attend worship services is because of the senior pastor’s teaching. When you connect the small group study with the senior pastor’s teaching, you are giving your people more of what they already want.

Second, Pastor Kevin shares the pulpit with a qualified team of men and women who serve alongside him. Rather than creating every lesson for every aligned small group study, the teaching pastors created the video teaching for each week they preached. This created both continuity between the pulpit and the group study as well as shared responsibility for creating the resource.

Third, the church enlisted the help of Executive Pastor Joe Mead, Communications Director Roger Ackerman, and their outsourced Life Group Pastor to create either a downloadable resource (Spring 2021) or a full study guide (Fall 2021 and New Year 2022) to accompany the video teaching. Again, with a team approach, the church has produced three high quality small group studies in just nine months along with regular sermon discussion questions for the weeks between alignment series.

Lastly, the church made a consistent effort for groups with a sequence of small group alignments. Since they did not have a strong track record with groups, the consistency of offering three alignment series in one 12 month period showed the congregation that Mount Hope is serious about groups. Also, the people who might have been reluctant when the first series was announced joined the second series. And, those who were skeptical haven’t joined yet, but should warm up to the third series in New Year 2022.

Prior to 2021, Life Group Leaders had to meet some stringent leadership requirements in order to start a group. Candidates needed to complete Growth Track and become church members in addition to completing a 12-part online or in-person leadership course called Accelerate. To maximize the number of new hosts, the church leadership chose to delay the requirements. This gave folks a chance to test drive a group before they decided to move forward. Now that many groups have completed one to two alignment series, these requirements are being gently reintroduced by invitation for those who have found their niche in leading a Life Group.

Every New Leader Connected to a Coach

There is a risk to starting groups with unproven group leaders. There I said it. It’s a calculated risk, in that, only about 2 percent of the people recruited in over 1,500 churches in the last 17 years have been any kind of a problem. And, by problem, I simply mean having a warm pastoral conversation about an issue they might be struggling with. To reduce the risk and to help more groups get started, each new leader was given an experienced leader to walk alongside them from when they first attended the briefing through the end of the alignment series. This experienced leader made a phone call to the new leader once a week to answer their questions, encourage them, and see how they were doing. This was also a great format for identifying and recruiting new on-going coaches. (Here’s more on why coaching matters).

The Rest of the Story

Mount Hope’s journey toward reaching 80 percent in Life Groups is still being written. Check back for updates. In the meantime, for more complete details of what’s working right now with small groups, join the Small Group Restart.