>Do You Know Who You Are? 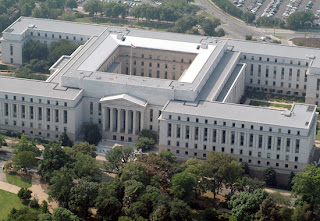 
The evening meal was in progress, and the devil had already prompted Judas, the son of Simon Iscariot, to betray Jesus. Jesus knew that the Father had put all things under his power, and that he had come from God and was returning to God; so he got up from the meal, took off his outer clothing, and wrapped a towel around his waist. After that, he poured water into a basin and began to wash his disciples’ feet, drying them with the towel that was wrapped around him. John 13:2-5


My son and I sat at the counter in a diner at the Baltimore airport. One of the servers was wrapping silverware in napkins and asked my son if he wanted to help. I told him that was a pretty good Tom Sawyer strategy there.


The server told me that he used to manage the cafeteria at the Rayburn House Office Building in D.C. I asked him if any members of Congress gave him any trouble. He said the representatives were fine, but their staffs were a pain. If things didn’t go their way, they would puff up their chests and announce, “You don’t know who I work for.” (If I was the cafeteria manager, I would be thinking “And, you don’t know if I spit in your food.”)

The truly powerful people, the representatives of the people, knew who they were. They knew why they were there and how quickly they could get a one way ticket home. The staffers, well, nobody had voted for them. They lacked the same perspective.


Jesus knew who He was. Jesus could pick up a towel or pick up a cross and know He was and is Almighty God. No menial task could ever lessen His significance. Jesus, “who, being in the nature of God…made himself nothing, taking the very nature of a servant” (Philippians 2:6-7). Insecure people have difficulty serving others. They can’t take the backseat. They must take center stage. But, those who know who they are can allow others to shine.


Jesus Christ was not a self-promoter. If anything, He was a self-demoter. Jesus knew who He was. He had nothing to prove. He had nothing to lose. He could freely love and give His all. Jesus didn’t need an ego and an entourage to make Him feel big. You couldn’t get any bigger than Jesus.


You and I are not better than our Savior. When we feel that we need to be, then we have forgotten who we really are.