Gearing Up for the Fall 2022 Small Group Boom 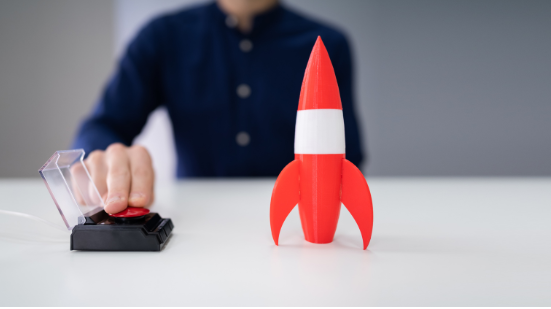 Fall 2022 promises to be the largest small group launch season you’ve ever seen. Now that COVID is behind you for the most part and the weather is warming up, people are gone. Don’t believe me? Go price an airline ticket right now. For more on this prediction, go here.

Now that you are convinced, partially convinced, or skeptical that this small group boom is a few months away, how do you prepare? What do you need to have in place? Here are some things to consider:

If you want to launch a group, you have to have a leader. No leader means no group. It’s as simple as that. This reminds me of a conversation back when our church was on-boarding a new children’s pastor. I said, “There are two parts to children’s ministry: (1) Recruiting the leaders, and (2) Keeping the leaders happy.”

Our new children’s pastor asked, “But, when do I get to work with the kids?”

I replied, “You weren’t listening.” He chose to invest his time and energy into leading the kids instead of leading the leaders. His children’s leaders weren’t happy and started quitting. We hired a new children’s pastor not long after that.

You could say the same for small groups. There are two parts to small group ministry: (1) Recruiting group leaders, and (2) Supporting those leaders. Don’t get bogged down trying to find groups for people. Don’t hold the hand of every person who fills out a sign up card for groups. To put it bluntly: this is a waste of your time. Put your effort into recruiting leaders, and then teach the leaders to gather their groups.

Don’t Worry About Connecting 100% into Groups

In the early days of church-wide campaigns, this was the rallying cry: Connect Your Entire Congregation into Community! Been there. Done that. What we discovered was that connecting 100% of a church’s adult attendance into groups is too small of a goal. The more significant metric is the percentage of your congregation LEADING groups.

Our family moved back to my hometown of Topeka, Kansas last summer. We attend the church where I grew up. I get to sit next to my dad every Sunday. It’s nice. But, the church is probably 10% of the attendance it was back in the day. On a good Sunday, there are about 50 people there.

When I showed up, the pastor said, “Well, we’re doing pretty good with small groups. We have one group. That takes care of everyone who wants one.”

I wanted to grab him by the lapels and yell, “You’re looking at this all wrong. You don’t want 50 people in groups. You want 50 people leading groups!” But, I refrained, primarily because he wasn’t wearing lapels, and I promised my wife that I wouldn’t wear my consulting hat to church. I just sit there biting my tongue (until I’m asked). This is also a good marriage lesson for some.

How do you launch 100 groups in your church?

I know what you’re thinking. You are thinking about that guy or that gal who is a little off. Right? You’re afraid that if they step up to lead a group that you will just have another headache. Your biggest problem is found in the first two words of the last sentence: You’re afraid. Fear not!

Janet Logan gave me a priceless thought about 25 years ago: “Some of the most unlikely people will make some of your best leaders.” That has proven true.

Everybody has friends. If the people who are a little odd invite their friends and acquaintances, those folks know what they’re in for. They know the person. They’re friends! If they don’t have any friends, well, that’s different story.

Loosen Up Your Leadership Requirements for a Season

Don’t lower the bar, but delay some of your requirements to let people test drive a group. You can attempt to convince people that small groups are awesome until you are blue in the face, but they won’t understand until they experience it for themselves. If you invite your people to gather a group of friends, meet online or in-person, give them easy-to-use curriculum, and support them with a coach, most people will have a very good experience that they’ll want to continue. Once they’ve completed a study or two, then you can invite them to fulfill the requirements that you initially delayed.

Things aren’t going to go back to 2019. They’re just not. The world has changed. The culture has changed. What used to work for your groups will not work as well now. It’s time to try something new.

Spend some time thinking about a new approach to recruiting leaders. Pray about what’s next for you and your church. If you need to talk about this, then click this link and set up a time with me. No charge!

If you’d like to move forward, but you’re not sure how, then a church-wide assessment might be in order. For more information, go here.