Help, My Small Groups are Stuck at 30 Percent 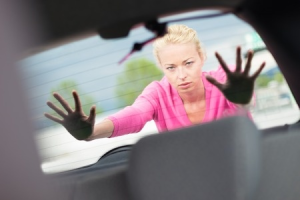 If you have managed to connect 30 percent of your adults in small groups, then congratulations are in order! You are among the top one half of one percent of all churches in America! Go ahead and pat yourself on the back! You deserve it!
Now that you’ve been congratulated, let’s get to work. Quite a few things could contribute to your state of stuckness. Here the biggest factors in small groups getting stuck.

If you are still personally recruiting every leader, you have completely maxed out this method of starting groups. When our groups got stuck at New Life in northern California, we had 30 percent in groups. I had handpicked each leader over the course of seven years. I had asked the same question for seven years: “Would you like to become a small group leader?” And, for seven years, many people turned me down.
Now, if I had 100 years to catch up with the connection needs of our growing congregation, then I would have been in good shape. The problem is that well before we reached the 100 year mark I would be dead along with most of the people who needed to be connected into groups. While I thank God for the groups I had, the recruitment strategy had to change in order to recruit more leaders faster. We changed it and doubled our groups in one day.

The first time my senior pastor stood up in a weekend service and invited our people to host groups, we doubled our groups in one day. [You can read the whole story here.] After seven years, we had 30 percent in groups. After one weekend, we jumped to 60 percent in groups.
Other than Jesus Christ, the reason unconnected people attend your church is because of your senior pastor. They like his personality. They laugh at his jokes. They enjoy his teaching. Now, don’t mention this to your worship pastor. It will break his heart.
When the senior pastor stands up and offers curriculum based on his teaching (or at least aligned with his teaching, if you’re going the purchased route), you are giving your people more of what they already like — your pastor’s teaching. Then, when the pastor invites the people to open their homes and host a group, they will follow his leadership. Believe me, I’ve been an Associate Pastor for most of my 25 years in ministry. If I made the same invitation in the service, I would get 30 percent the result of our senior pastor. Once my pastor starting recruiting from the platform, I never handpicked another group leader ever again.

Get Your Coaching Structure Started

Many churches have given up on small group coaches. Even very large churches who are well-known for their small group ministries have abandoned coaching or use paid staff to coach. This is a mistake. First, most churches could never afford to hire all of the staff they need. Second, if you are not personally caring for your leaders, your leaders will eventually stop leading. I was able to coach my leaders up to about 30 percent connected into groups, but to be honest, I didn’t do it very well. But, I learned not to beat myself up.
When we doubled our groups in a day, I was in a coaching crisis. Then, it dawned on me, since we doubled that meant half of the small group leaders didn’t know what they were doing, but the other half did. I matched them up like the buddy system, and it worked. Then, I built the rest of the coaching structure on that. Read more about small group coaching here.

Now, here is what I didn’t do. I didn’t invite my established small group leaders to do the new series. I didn’t ask my established small group leaders to change anything. In fact, I didn’t even tell them. Why?
I already had them. They didn’t need to change. They just needed to continue. If it ain’t broke… Now, many of the established small groups did participate in the alignment series, but I never asked them to. They asked me!
If you are killing yourself and only have 30 percent of your adults in groups, it is time to make a change. Now, you could change to another church who has no groups and become a big success by connecting 30 percent of their people into groups. Or, you could change up your strategies of how you recruit small group leaders and make huge progress right where you are.
Where are you stuck?
For more posts by Allen White or Information on Allen White Consulting