My Interview with Life Letter Cafe 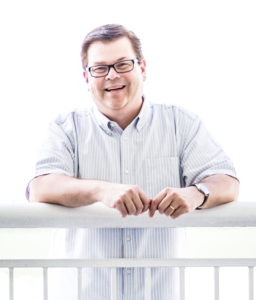 LifeLetter Cafe: Where did the passion to author “Exponential Groups” came from?
Allen White: The passion really came from a lot of my own frustration in recruiting leaders, connecting people into groups, and getting groups to continue. I had also bought into the notion that one strategy would help our church connect everybody into a group. When that strategy failed to connect everyone, we would keep the best of what we learned, but then switch to another strategy. By continuing to change strategies we were all becoming frustrated — staff and group members. Then, it dawned on me, what if there wasn’t a way to connect everyone into groups and disciple them? There isn’t. But, whoever said you only had to use on strategy? We let one strategy connect 30% of our people into groups so they would grow spiritually. Then, we used another strategy to connect the next 30% into groups, then we used a couple more strategies to get our church to 125% of our average adult attendance in groups.
What if I could share my learnings from the school of hard knocks with other pastors and churches? What if they could help their people connect and grow without wrecking their church? What if they could form more groups than they ever dreamed of too?
A few weeks ago, a church with a weekly adult attendance of 600 people launched 147 groups. That’s why I wrote the book.
LifeLetter Cafe: Love the phrase “everyone is already in a group” – what are the upsides and downsides to this approach towards enlarging a local church’s groups ministry?
Allen White: The upside is the local church doesn’t need to work hard at launching any more groups. Everyone is already in a group. They have friends, family, neighbors, co-workers, and others already in their lives. The pastor’s job now is to give these groups that people are already in an easy-to-use tool and a little training so they will do something intentional about their spiritual growth. Draw a circle around them, and boom – they are a recognized group! It’s not actually this simple, but this is the gist. Then, we focus on encouraging groups to gather, creating resources, establishing a coaching structure, and providing on-going training.
The downside is that some people are in the wrong group. Those closest to them may not be encouraging them in their relationship with Christ. They might be taking them in the opposite direction. If this is the case, then they may need to join another group, at least for a season, then when they are more established in their faith, return to the group and lead them to Christ.
LifeLetter Cafe: Can you unpack what healthy leadership development looks like in a church that chooses to move past group growth by addition or multiplication?
Allen White: Health has nothing to do with how groups are formed. Leaders can be just as unhealthy whether the church handpicks them, apprentices them, invites them to host a group, or throws caution to the wind.
Health must be monitored and nurtured. We could come up with a set of health indicators and poll our leaders annually, but we probably wouldn’t get to the root of their healthiness or unhealthiness. The only way to truly measure the health of leaders is in their relationships with coaches. While leadership development involves training, healthy and effective leadership development involves a mentor. They need someone who cares enough to encourage them at times and to exhort them at other times.
When we talk about leadership development, we usually think about training. We have this idea that the more we train, the better the leaders will be. This is not true. Training apart from serving is meaningless. Leaders don’t care about dealing with a difficult person in their group in a training meeting six months before their group starts. They care about dealing with a difficult person, when they have one in their group.


“The biggest change for me between coddling our people
and creating groups for them
versus commissioning our people and challenging them
to form their own groups was in my own thinking.”
– Allen White –