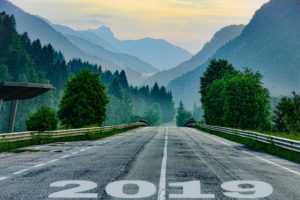 Let’s connect over 100 percent of our adults into groups in 2019! Have you heard or declared that rallying cry yet? What’s the plan? How is this year’s

plan different from last year’s plan, or is it just wishful thinking?
As a small group pastor, early December was usually the time of year for thinking ahead a little. Groups usually wound down into a few parties and the new study wouldn’t ramp up until January or February. December is a great time for discipleship pastors to coast. (But, don’t let this get out or else you’ll spend your time stuffing those little candles into their holders for the Christmas Eve service.)
Cracking the code of connection for 2019 would be easy if the expert’s advice was true. If the group leaders had apprenticed a new leader, then the year could start with twice as many groups. If groups were selfless enough to break up and start new groups, then more people could be connected. If the senior pastor was as excited about groups as about worship, then 2019 could be a banner year. Maybe this is the year for you to make a move to another church…
Everybody wants exponential growth. Few want to make the sacrifice. At this point, you either resign yourself to mediocrity or admit defeat. But, those aren’t the only two options.

The idea of exponential growth lends itself to generational growth. Leaders develop leaders who develop leaders. If this were true, we would have groups, groups, and more groups. I never had that, and yet I connected 1,000 people into groups in a church of 800 adults. And, I helped a church of 2,500 people start 500 groups. But, nobody “multiplied” anything.
I love the idea of exponential growth. I could just never get there. So, I redefined exponential.
Brett Eastman tells the story of a challenge Bruce Wilkinson gave to Rick Warren on the eve of the first 40 Days of Purpose. Bruce had just returned from spending several years in Africa after the success of The Prayer of Jabez. His challenge to Rick Warren and Saddleback Church was to take whatever goal they were dreaming of and increase it 10 times by putting a zero on the end of the number. If the goal was 200 groups, then it would become 2,000 groups. If memory serves me, this was about the number of groups for that first 40 Days of Purpose at Saddleback in 2002. (If the details are a bit murky to some, then please forgive my recollection).
Instead of getting bogged down in the mire of leaders not developing apprentices and groups unwilling to birth/split/divorce, bypass all of this and just put a zero at the end of your 2019 goal. Trust God for 100 groups instead of just 10, and so forth. The idea is to set a goal that is impossible for you to achieve apart from God’s help. There is no sense in waiting five years for your group leaders to fail to multiply. Make it happen now. But, how?

Give Everyone a Promotion

In order for you to 10x your goal, you must prepare to receive what you are trusting God for. If you are not prepared when God delivers, then the increase will just be squandered.
If you are trusting God for 100 group leaders in 2019, then you will need someone to coach these leaders, and it’s too many for you to coach alone. For the sake of easy math, let’s say each coach takes on five new leaders. You will need 20 coaches. Where will the coaches come from? How many group leaders do you have right now?
All of your current group leaders will become coaches. They know enough to answer a new group leader’s questions. As long as their available to the new leaders, you’re in good shape. There is no magic in coaching. You just do the work.
If you’re like me, 20 coaches is a lot to track, so divide that group by 5 or so. This is your small group team. The team, in this case, is four leaders, who have five coaches each reporting to them. You can keep up with four people.
Who do you choose for your team? Simple. Consider all of the leaders who are doing a great job. Who has greater leadership potential? Who could do your job? (Remember, you’re giving yourself a promotion too). This is your team. Now, with a plan in place to coach new leaders to supervise new coaches…

Where Do the Leaders Come from?

It would be natural to assume that if the current small group leaders become coaches and small group team members, then the current small group members would become group leaders, right? Wrong. This is the problem we started with. Few want to give up their groups to start new groups. Don’t get stuck here.
I used to think that in order to have 100 groups in my church, I would need 1,000 members to join those groups. I no longer believe this. In order to have 100 groups in your church, you need 100 people who are willing to gather their friends and do a study together. The focus is on potential leaders, not potential group members.
How do you get 100 non-leaders to lead? First, you give them an easy-to-use study. Video-based curriculum works very well in this case. The person doing the study with their friends does not need to be a leader or teacher, and you don’t want them leading or teaching anyway. You want to give them the permission and opportunity they need to gather their friends (either in the church or outside of the church) and do a study together. Every church member is promoted to group leader. Their assignment is to lead the “group” of friends they are already a part of.
Last year a church of 600 in Baltimore launched 147 groups doing exactly this. If your people can gather their friends, then they have enough leadership ability to start a group. They probably don’t think of themselves as group leaders, so you can keep the terms “leader” and “group” to yourself. How many non-leaders could lead your non-groups in 2019?

What Keeps Us From Reaching Our Goals?

First, if you don’t think your goal is possible, then it isn’t.
Second, you don’t have to. Let’s face it, no one is holding a gun to your head and demanding that you get everybody in groups in 2019. Whether you launch ten new groups or 100 new groups, you’re still going to have a job. Who needs the stress, right?
Third, fear or blame. If I state an outrageous goal for 2019 and don’t achieve it, then won’t I be embarrassed or get blamed for the failure? (This is why you need to work with a church consultant – it’s always the consultant’s fault!).
What’s it going to be – Incremental growth or Exponential growth in 2019? If you’re ready to go for it, I can help you.