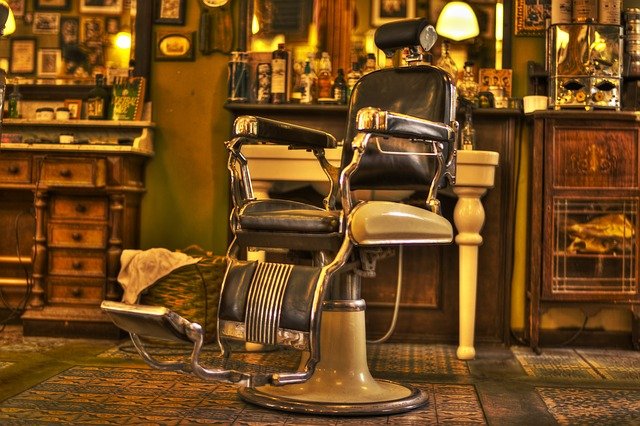 When you recruits leaders is just as important as how you recruit leaders. Timing is everything. Not only do you need to choose the right season, you also need to make the invitation often enough for people to get the message, but not so much that you dilute the message.

The best seasons of the year for a group launch are the Fall, the New Year, and Easter, as I’ve mentioned before. As you build momentum for a series, you want to promote well in advance. Let people know the series is coming. Show short video clips of the making of the series, if you’re creating your own video curriculum. If you’ve purchased a curriculum, then use the preview videos provided by the publisher.

While you want to promote well in advance, you don’t want to offer sign ups too far in advance. If someone agrees to start a group three months ahead of the series, odds are that decision will be a faint memory when the campaign is ready to begin. You don’t want to allow people a month or more to get cold feet. When they say, “Yes,” it’s time to move.

A PTA president advised me once to never hold signups for more than three weeks. The simple reason is everyone waits until the last minute to register. She said to promote well in advance, but only sign up when you are ready to start. Great advice.

Registering new leaders and groups over a three week period just prior to the series launch has another significance — everyone doesn’t attend church every Sunday. If registration is only offered for one week, then the church will miss out on two-thirds of their potential leaders.

This two-thirds scenario played out a few years ago with two churches I was working with. The churches were about the same size. One was in New York. The other in Florida. At the end of their recruitment periods, the New York church complained they only had one third of the result the Florida church saw. I asked the small groups’ pastor how many weeks they had recruited leaders. He told me that while the series was well publicized, they only registered new leaders for one Sunday.

The Florida church, on the other hand, had registered new leaders for three weeks and saw three times the result. In fact, the New York church’s numbers matched the Florida church’s recruits after their first week as well.

Now, some may be prone to blame this on the cultural differences between Florida and New York. After working with both churches for 12 months, the New York church launched a significant number of groups. And, besides, most people in Florida are from New York anyway.

To capture the most new leaders possible, a longer promotional period followed by a short registration period is key. In addition, registering for three weeks is also a major factor. If the church registers new leaders for more than three weeks, then the invitation becomes white noise and everyone waits until the last week to sign up anyway.

I was talking to the lady who cuts my hair about this one day. Why was I talking to her about this? Well, we talk about everything, and I have a captive audience. She’s not a barber, and I don’t like having a “stylist,” so we’ll just call her “Lorraine,” since that’s her name.

Lorraine is retired, but she still has mercy on my hair. She was also a member of Brookwood Church, where I served. As I was spinning the tale of two churches with group launches and the importance of recruiting for three weeks, Lorraine spoke up, “I’ll tell you why it’s important to recruit for three weeks. That’s how Rich and I ended up leading a group.”

Now, to give you context, Lorraine is Italian and grew up in New Jersey. Do you have that picture in your mind?

She spun me around in the chair and became very animated as she began telling me her story while she was pointing the comb toward my face. Paying attention, I was looking out of the corner of my eye to locate the scissors. I was safe.

Lorraine went on, “The first week when our pastor from the stage invited us all to lead groups, I said, ‘Nope, there is no way I’m going to do that. No way!’ (The comb wagged faster.) Then, the next week, he invited us again. I thought, ‘Hum, maybe I should think about this?’ When he invited us the third time, I said, ‘That’s it, Rich, we’re leading a group.’ See if the pastor didn’t ask three times, I wouldn’t be leading.”

I would have offered a high five, but I still wasn’t sure of where the scissors were located, so we just had some congratulations and a little laughter instead. Then, the haircut resumed.

Innovators will jump in with the first invitation. They are good to go, but the Early Adopters need a little time to think about it. They’ve been caught flat footed and are not prepared to respond. When the pastor makes the invitation again the next weekend, they’ve had a little time to think about it. If a church is recruiting leaders like this for the first time, not everyone will get on-board during the first group launch. The average church will connect 30-50 percent of their adults on the first launch. (Of course, there are some exceptions.) Mostly Innovators and Early Adopters will start groups in the first series. The Early Majority needs a little more time to see how all of this is going to work. They want to make sure nothing goes terribly wrong or nobody dies from this before they jump in. That’s just their nature.

How many weeks do you plan to recruit leaders for your next series? If you only recruit for one week, you might just be missing two-thirds of your potential leaders. And, remember, people only attend church 1.6 times per month on average. If you only invite people to lead on one Sunday, you’re missing half of your congregation!

This post is an excerpt from Exponential Groups: Unleashing Your Church’s Potential by Allen White.