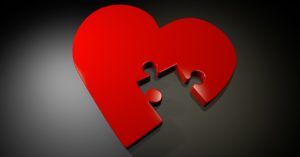 What do you do with the new leaders you’ve recruited and the groups they started? Why are your groups declining after so much success? You’re not alone.

What worked yesterday is failing you today.

After living for years with the frustration of mature people who were well qualified to lead feeling rather unqualified, we made some radical changes. An invitation to leader training is not appealing to those who don’t consider themselves to be leaders. How do you get them to see they really can lead well, if they won’t even give it a try?
We had to change the entry point. We reversed the order. Training became second. Leading was first, but we didn’t call it that. At first, we asked people to HOST a group: Heart open to God, Open your home, Serve some snacks, and Turn on the VCR…you could be a star! Then, our people discovered that “HOST” just meant “leader.” Now what?
We went undercover. As our people were given permission and opportunity, we invited them to “get together with their friends and do a study.” We were asking them to LEAD a GROUP without using those words. After all, if they could gather their friends for a short-term study, they had the stuff to lead a group. We just didn’t call it that. If the HOST model brought us dozens of new groups, then this new way brought us hundreds of new groups. But, an unintended consequence rose up.
People were condition to both a low level of commitment and a short-term experience. One church I’m working with called their groups “burst groups.” These intentionally met for six weeks, then disappeared as quickly as they started. On-going groups weren’t even a consideration. Yes, people would join groups when a campaign was offered, but the reality was this church was only discipling their people in groups about 12 weeks per year. Sure, it was better than nothing, but it was also practically nothing.
Another church recently contacted me. They’ve faithfully launched short-term campaigns for six years now, but each campaign sees a smaller return. Their groups were in disarray. Coaching was non-existent. The thought of an on-going discipleship strategy seemed like wishful thinking.

How did we get here? The alignment series and campaign that helped us rapidly recruit leaders and connect people into groups outlived it’s lifespan. The HOST strategy wasn’t supposed to be the answer to starting groups 15 years after 40 Days of Purpose. They never grew up. They didn’t mature. These groups didn’t produce what they were supposed to.
The strategies weren’t wrong. They did exactly what they were supposed to do for a couple of years. They were never met to go on for a decade. What’s the fix?
We have to go back to all of those things we delayed for the six week campaign: requirements, training, coaching, leadership development, and discipleship training while maintaining momentum. You can’t lower the bar and leave it low. What was delayed initially must be reintroduced in the group leader’s first year! How did we miss that?
I want to help you. I am starting a completely different type of coaching group for 2018. We will explore how to turn our short-term groups into long-term groups and how to put our leaders and groups on a pathway toward growth and maturity. Your people are ready for a challenge. We made it easy to start, but now we must lead them into something more. We can no longer treat all of groups the same. While we will always start new groups with campaigns and short-term experiences, we won’t leave them there.
In this new coaching group, we will go deep on:

The bottom line is that it’s time to grow up your groups and leaders. What has gotten you this far will not serve you and your church well in the years ahead. Always start new groups. But, what are you leading them toward?
I’m calling this new group: Exponential Growth Coaching. This coaching group will run January – December 2019. The group of 5 churches will meet twice per month. During one meeting per month, we will invite a guest like Mike Breen, Pete Scazzero, Gary Thomas, Lance Witt, and other experts on making disciples. Since it’s a small group, you will not only hear from them, but you’ll have a chance to ask them questions. You and I will meet individually once per month. We are going to figure this out.
To apply for the Exponential Growth coaching group, please fill out this short survey: https://www.surveymonkey.com/r/KC8KQ9W
If you have any questions, please email me: allen@allenwhite.org or give me a call 949-235-7428.
I hope you’ll join me.
Allen