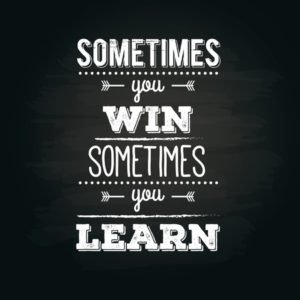 After the dismissal of our founding pastor, our church was devastated. Everyone left who was in favor of our pastor. Everyone left who was against our pastor. And, all of the staff left, except for me. There I was with the 85 remaining members praying about what to do. It was a hard year.
On the very last Sunday of that year, our new pastor joined us, and hope reappeared. Our church started growing — not dramatically, but consistently.
When we reached 250 people, we heard our congregation say, “I don’t know everybody anymore.”
When we went to two services and reached 400 people, the comments changed to, “I can’t find the people I do know.”
Everybody didn’t need to know everyone, but everybody needed to know someone. We knew it was time to start groups.
I attended conferences, read books, and interviewed other pastors about small groups. The more information I collected, the more confused I became. We launched our groups for better or worse. Some of what we experienced was better than expected. The things we didn’t expect were worse.
Here’s what worked for us:

As our church continued to grow, we didn’t want to see people get lost in the shuffle or fall through the cracks. Even though they didn’t come all at once, they were coming in a steady stream. We needed to start connecting and discipling folks ASAP.
As our couple of Sunday school classes and our midweek Bible study were declining, we found that groups were a great place for people to connect and go deeper into God’s Word. We offered a variety of curriculum for our groups to choose from. Since we only started with a few groups, it was easy to keep an eye on them and know what was going on. If a group started to stray toward the “loony fringe,” we very gently guided them back into the fold. Things were under control.
We made announcements in the services, sent postcards in the mail and emails, and featured groups regularly in the church bulletin. Our groups started to gain momentum.
In fact, we couldn’t recruit new leaders fast enough to keep up with the demand.

Now to make sure we didn’t set ourselves up for trouble, I took on the task of personally recruiting every group leader. I had been at the church for seven years at that time. I pretty much knew the good apples from the rotten apples. (And, God loves the rotten apples, too.)
The easiest place to start was to round up the usual suspects. You know, the folks we counted on for everything. I personally invited board members and founding members as well as other solid citizens. It didn’t take much effort to quickly find 10 willing leaders who I believed would offer a quality experience.
Admission: I also knew that they wouldn’t cause any problems for me. I was wearing a lot of other hats like children’s ministry, leading worship, and overseeing all of our ministries, plus speaking on Wednesday nights and occasionally on Sundays. I did not need any more problems. I had enough already.
We weren’t reaching for explosive growth. After all, since our church was growing steadily, but incrementally, we felt the gradual growth of groups would serve us well. I mean, we weren’t Saddleback or Willow Creek. There was something special about them. Normal churches like ours weren’t seeing huge percentages of people connected into groups…at least not yet.
We offered the groups to our people, and they signed up. Once the groups were full, then the rest of the folks who wanted to join a group had to hang out in the midweek Bible study with me or in a Sunday school class until the next batch of group leaders were ready to go. Even though we let a year pass before we offered groups again, we launched six more groups the following year and quickly filled them up as well.
Things were going well in the “trouble-free” department. Our groups were coming along. And, our church kept growing steadily.

Value: A quality group experience starts with a quality leader.

3. Don’t Skimp on Coaching and Training.

Every year I would gather my new recruits into a “turbo group” by way of Carl George and his book, Prepare Your Church for the Future. We spent six weeks as a small group with the intention of every leader or couple starting their own group when the training was over.
I trained them on why groups were important; how to deal with various issues in the group like over-talkers and conflict; how to recruit an apprentice leader; and how to birth a new group. The training was in the format of a small group, so based on a Bible study, I was modeling a group meeting while I was training the leaders.
After the training ended, and the leaders started their new groups, we met monthly for group huddles. While I did have a couple of other people helping me coach the leaders, I was still learning about group life myself, so I did all of the training and led the monthly huddles. The coaches visited groups and connected with the leaders.
Result: We developed a solid groups system with 30 percent of our adults in groups.
As our church continued to grow, our groups also continued to grow. Groups weren’t keeping pace with the growth of the church, but we achieved 30 percent in groups, which somebody told me once put us in the top 1 percent of all churches in the U.S. — not too shabby.
The plan was for every group leader to indentify and train an apprentice leader. Then, once a year, the group would help a new group get started either by the leader starting a new group, the apprentice starting a new group, or the group dividing into two groups. With group multiplication and the new recruits I was inviting, we were on a good pace to double our groups or better every year. I looked forward to the day when group attendance would exceed worship attendance.
But, it started to feel like I needed another 100 years to catch up with the increasing size of the congregation.
Quick Recap:
Secret #1: Small Groups Connected Our People Like Never Before.
Secret #2: A Quality Group Experience Starts with Quality Leaders.
Secret #3: Don’t Skimp on Coaching and Training.

Where We Failed: Bottleneck!
Failure #1. The way we recruited leaders and launched groups couldn’t keep pace with the growth of the church.

The harder I tried to recruit more leaders and launch groups, the behinder and behinder I got. Some years we started 10 groups. Other years we started two groups. One year my training yielded zero new groups.
As the church continued to grow by 13 – 33% per year, our group formation just couldn’t keep up. More people were getting lost in the shuffle, and more leaders were not stepping up at the rate we needed them.
I thought I had a good thing going by recruiting well-known people myself. The problems were kept at a minimum. But, now we faced a much bigger problem — where were the leaders going to come from?

I put a lot of pressure on the group leaders to identify and train their apprentice. After all, the future of our small groups depended on apprentices, or at least, that’s what it seemed like. In every huddle and every encounter with the group leaders, I would emphasize the significance of raising up an apprentice leader. My words didn’t fall on deaf ears. They fell on stressed ears.
My leaders would pass me in the hallways on Sunday morning and say, “I’m working on my apprentice.”
I thought, “Whatever happened to ‘Hello’?”
The apprentice strategy was going nowhere good.

Failure #3: No one wanted to give up their group to start a new group.

Since the group leaders weren’t recruiting apprentices, I took the initiative to recruit potential leaders right out of their groups. There were great candidates right under the noses of the group leaders, but they just didn’t see them. I did!
Before they knew it, the new recruits were in my Turbo Group and headed toward leading their own group. The only problem was that while these potential leaders agreed to participate out of loyalty to me and the church, their hearts weren’t in it. They didn’t want to give up the group they loved. They were torn.
After the six weeks of training was complete, instead of going forward with a new group, many of them went back to the group they came from. This wasn’t progress. This was regress. My efforts were actually working against me.

Failure #4: After seven years of effort, our groups were stuck…

While we had 30 percent of our adults in groups, and our church was allegedly in the top 1 percent of all churches in the U.S., I felt like a loser. The church continued to grow. The groups were stuck. No new leaders. No new groups. No apprentices. So, I gave up on this strategy.
At the end of my time at this church, 125 percent of our weekly adult attendance was connected in groups.
I want to share with you a new strategy we created to recruit more leaders, form more groups faster, and maintain a quality group experience.