The New Members Came Once, But We Haven’t Seen Them Since

By Allen White
As leaders, we get excited when new people want to join our groups. We roll out the red carpet and give them a warm welcome. New members bring a little excitement and a breath of fresh air to our groups. We might even feel that our group is really starting to turn into something. And then, they don’t show up next time. We feel a little jilted. The first meeting seemed to go well. What happened?

1. It’s not about you. As a leader, it’s easy to feel a little rejection when a new member doesn’t come back. I faced a little of this feeling back when I led one of my first groups. It was a men’s group that met at 6 am every Tuesday morning, and I am not a morning person. Some weeks we would have 8-10 guys. Some weeks we would have two. One week we had 18, but that was the week that my dad was visiting. I suspect that someone made a few calls for that one. What I had to come to realize was the attendance in my group had more to do with 6:00 am than what I was teaching. After all, my lessons came straight from Chuck Swindoll. It wasn’t the lesson, and it wasn’t me. Absences are not a reflection on your leadership. Take a deep breath, and repeat after me, “I’m good enough. I’m smart enough. And, doggonit, people like me” (from Stuart Smalley, a.k.a. Senator Al Franken).
2. Real life can quickly edge out group life. Things happen. Kids get sick. Sometimes people have to work late. Sometimes people are just tired. It’s important to follow up with new group members, and let them know that they are welcome. If they’ve missed a meeting, the conversation might be something like this: “Hey, we missed you last week. Now, I’m not calling as the truant officer. I care about you and wanted to make sure that everything was okay.” Their absence could turn into an opportunity for prayer or for your group to help the new member. It’s hard to put yourself aside, as the leader, and pick up the phone sometimes, but remember this is not about you personally.
3. New habits are hard to create. If your new members have never been a part of a group before, it takes time to develop the new habit of group life. Even after the new members have attended for a few weeks, the busyness of life might start getting in the way again. Remember, that most New Year’s resolutions start fizzling out around mid-February. (I’m looking forward to that at my gym.) Your encouragement is just the thing that might help them to continue.
4. Don’t read them through your lenses. Your new group member is not you. As the leader of a small group, you highly value group life. It would be a pretty drastic thing for you to stop coming to a group. Maybe you can’t even think of a reason why you would ever forsake your group. But, your new group member is not you, so you need to avoid interpreting their actions through your point of view. Think about this, if a melancholy person thought through all of the pros and cons of attending or missing a group meeting, their absence would reflect their careful consideration. Their actions would be deliberate and intentional. If a sanguine heard about a party as they were leaving work, and decided to join their co-workers rather than go to a Bible study, they wouldn’t think twice. People who fly by the seat of their pants don’t understand people who iron their pants, sheets and underwear, and vice versa. Your group member could very well be wired much differently than you are.
5. If the devil can’t make them bad, he’ll make them busy. Satan is an enemy of group life and an advocate of isolation. The less encouragement that believers experience, the greater his chances to win out in their lives. I know that I’m getting all Screwtape Letters on you right now, but this is a very real issue. How do we address this? We pray for our group members. After all, “greater is He that is in us than he that is in the world” (1 John 4:4).
Assume that your new member didn’t stop coming for the same reasons that you would stop coming. It’s not that they are uncommitted. It has more to do with being new to group life and having yet to bond with the group. Rather than worry about the effectiveness of your leadership or the quality of your group discussion, talk to your group member. Maybe they are uncomfortable discussing personal things in a group. Maybe they misunderstood a comment someone made. Maybe they just need a little encouragement. As the leader, put yourself aside, as hard as that is, and follow up with the absent member. It just might be the nudge that they need.
Who do you need to follow up on today?

20 People Signed Up, But Only 5 Showed Up

Maybe those aren’t the specific numbers that you experienced in your group, but the reality is that it happens to every group at some point. Here are a couple of keys to riding the attendance roller coaster. 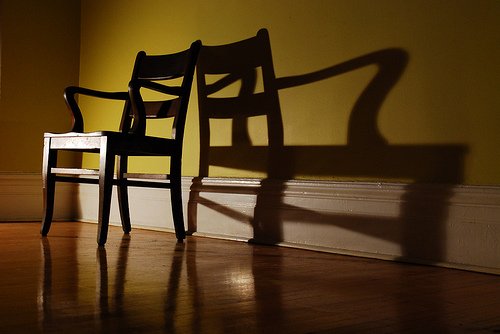 1. It’s not about you. Somebody famous said that. In the church, community is what we want, yet it’s what we resist the most. People got excited. They signed up for your group at church on Sunday. Then, life just got in the way. After all, the road to you-know-where is paved with good intentions.

2. Keep them on your list. Keep the communication flowing. Email them along with the rest of your group. Give them a call. The call should go something like this: “Hey, I was just wondering about you guys (Southern: y’all). Is everything okay? I’m not calling as the truant officer. I’m just calling because I care.” Chances are that they won’t slam down the phone after saying, “I don’t want you to care about me.” Who doesn’t want that?

3. Focus on who showed up rather than who didn’t. My small group has four people regularly with another five or six on the list. Last week, there were only two of us. By the numbers, my group is a complete failure. Yet, there are things you can talk about with two that you can’t discuss with eight. Maybe you do the lesson. Maybe you set the lesson aside. Before you start beating yourself or your group members up over low attendance, you need to do a quick check-in with God: “What do You intend for this group meeting? It doesn’t look like what I planned. What have You planned?” His plans are better anyway.

4. Remember your small group and the ministry of your group are not the same. Some people may never show up for your group. Or, they’ll come once or twice, then you won’t hear from them for a while. Here’s the deal: whether they attend every week or once in a blue moon, they are yours. The group members who meet three out of four times a month are essentially your small group. Everyone else is the “ministry” of your small group. There is a reason that God has placed these folks in your life. Keep up with them. Help them when they need help. Pray for them. This is not some clandestine plot to convince them back to the group with your kindness, but it might work. This is your opportunity to serve, even if you never get anything in return.

In a perfect world, everyone would honor their commitment to that two-part form and show up for every group meeting. But, this is not a perfect world. Here’s the deal: that flakey person on your list, you just might be their only connection to the body of Christ. Their well-being, of course, is not up to you. But, there is a reason that in all of the small groups in all of the county, they signed up for yours. God will show you why.