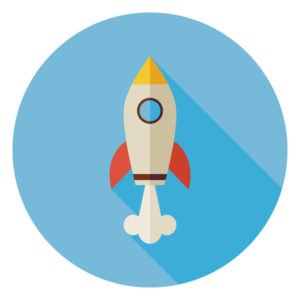 By Allen White
As you’re about to take a sigh of relief at the end of a ministry year, planning a successful Fall launch begins now. This doesn’t mean you will work all Summer on the Fall launch, but it does mean getting some plans into place to recruit more leaders, form more groups, and keep those groups going. In order to start more groups than you ever have, you need to reevaluate a few things now.

The Senior Pastor is the #1 recruiter for groups. In the churches I’ve served, when I gave my senior pastor the same script that I would have used, the results were typically 3 times better than if I had said the same thing. How do I know? I recruited leaders myself for seven years and was able to connect 30 percent of our congregation into groups. When my pastor made the same invitation, we doubled our groups in one day. Within six months, 125 percent of our congregation was connected into groups. Did I mention that it took me seven years working alone to get to 30 percent in groups? Not only did we connect more people into groups than attended our weekend service, we turned around and did it again the next year.
Think about this, if your pastor has lead the church for more than a few years, the reason most people attend, other than Jesus, is because of your senior pastor. They enjoy his teaching. They laugh at her jokes. They follow his leadership. Now a word of caution: don’t mention this to your worship pastors. It will break their hearts. When your pastor stands up and makes the invitation, people will listen and respond.
What if you senior pastor is not interested in groups or sees groups as one of many options in the church? Look for next week’s post.

How are you currently recruiting group leaders? What do you require for someone to lead? What I have discovered is most people don’t see themselves as leaders. When you ask them to lead a group, they will probably turn you down. I’ve even convinced people to go through the group leader training, and then they turned me down.
A trial run, like a church-wide campaign or alignment series, is a great way to help prospective leaders take a test drive with groups. Once they’ve had the experience of starting and leading a group at least 80 percent will continue.
Here’s the dilemma: in order for most people to agree to the trial run, you have to make it easy, accessible, and short-term. I used to basically recruit leaders for the rest of their lives. That’s really too much to ask. But, six weeks is a good start.
The opportunity must also be easy and accessible. A video-based curriculum makes it easy. There is little preparation time, and the new leaders don’t need to be experts. They just need to have friends. We also must wave some of our requirements for these six week groups. I used to say, “lower the bar,” but then I discovered some churches would lower the bar, but never raise it back up. The end goal is to develop leaders who can make disciples, lead a Bible discussion, and mature in their own lives and leadership. But, to start they need to see if they even like leading a group. Delay the requirements temporarily, then bring them back at the right time.

Reconsider How Groups are Formed

Relational approaches to group formation are far more effective than task-based approaches. Sign up cards, websites, and group directories are efficient, but they are not effective in creating long lasting groups.
Start with the relationships the new leader already has. Among their friends, family, neighbors, co-workers, and others, who would be interested in the group’s topic? After praying over a list of potential group members, the new leaders should invite them. Then, the people they invite should invite others.
If you’re church is experiencing rapid growth or high turnover, then chances are potential new leaders might not know who to invite or prospective members might not get an invitation to a group. If they’ve been in town for any length of time, they might know a few neighbors or co-workers they could do the study with. Don’t be shy about asking them to lead a short-term group. If they would prefer just to join a group, then create an environment where prospective members can meet new group leaders face to face. This way they will have a sense of who the leaders are and choose the group they want to join.
As a last resort, if a handful of people contact the church office and need to be placed into a group, then find a group for them. If it’s more than a handful, then you have an epidemic. Don’t revert back to task-oriented approaches. Get the prospective members and leaders in the same room.
Rethink your approach to forming groups. You will find more relationally-based approaches will help you to form lasting groups.

Announce Your Fall Campaign This Week!

If new groups formed this Spring or after Easter, give them something to look forward to. All you need is a start date and a topic (or just a start date if your pastor doesn’t plan that far ahead). The groups can meet socially over the Summer. Do a service project together. Even do another study. They may meet only once a month. But, they will know when Fall comes around, there is a new series for them to jump into.

You can persist in the ways you are currently recruiting leaders and forming groups. You will probably experience some incremental growth of 5-10 percent. But, by tweaking a few things, your Fall launch can bring more success in connecting people than you could ever ask or imagine.