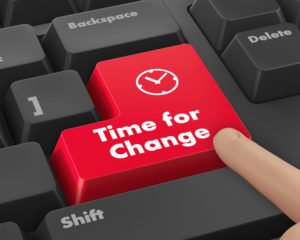 Photo by 123rf.com. Used by permission.

Multiplying small groups is difficult. Multiplication involves developing leaders within a group in an effort to start new groups. Some methods of multiplication involve group members leaving the group to start new groups. “Multiplication” really becomes a euphemism for division. For many groups in North America, multiplication like this is unwelcome.
Many churches I’ve coached and the two churches I served on staff have experienced multiplication efforts as subtraction. We weren’t multiplying groups. We were losing groups because no one wanted to multiply. Or, more accurately, we were losing the opportunity to multiply.
In my days of handpicking group leaders, pushing an apprentice model, and encouraging group multiplication, I faced considerable pushback. Members didn’t want to leave groups. Group leaders couldn’t identify an apprentice. I ran out of people to handpick. Our groups were stuck with only 30 percent of our congregation connected into groups. Then, out of frustration, we discovered something that worked.

I have not personally recruited a small group leader since 2004 (and I served a whole other church since then). How do you multiply groups without recruiting leaders? You engage the senior pastor. Whether you hand a copy of Transformation Groups to your pastor to show him how groups can solve most of your church members’ needs or create video-based curriculum with your senior pastor’s teaching, there is no better spokesperson for groups than the senior pastor.
When we created a video-based curriculum that aligned with my pastor’s message series, we were giving our people more of what they already wanted – our pastor’s teaching. When he stood up on a Sunday morning and invited people to open their homes and host a group, we doubled our groups in one day. Semantics aside, we had never seen groups multiply so fast.
Small group pastors and directors at best will recruit only 30 percent of the leaders that the senior pastor is able to recruit. How do I know? After seven years of personally making the invitation to lead, our church had only 30 percent in groups. When my senior pastor made a similar invitation, our groups jumped from 30 percent to 60 percent the first time around. Within six month, we had 125 percent of our average adult attendance in groups. My pastor recruited every leader from 31-125 percent.

Up until the day our groups doubled, I coached all of the leaders myself. In many ways, I had become the “lid” on our small group ministry. The limited number of groups we had at that point was a true reflection of my leadership. As Andy Stanley says our system was perfectly designed to achieve the results we were getting. We were stuck because I was the bottleneck, so I stopped coaching the leaders.
Instead, I handpicked a leadership team of six coaches to help me lead the small group ministry. This felt like a risky move because things were moving so fast that I couldn’t keep up. As their pastor, I had to admit that I didn’t have it all figured out and that I needed them to figure this out with me. They were up for the challenge. We led together, and it’s one of the best things I’ve ever done. They coached the leaders. I led the leadership team. Our groups multiplied.

There are a lot of reasons to assign people to groups. It’s efficient. It’s easy. It helps to prevent combinations of troublemakers from meeting together. It’s a pure expression of control. Yikes!
Assigning people to groups, sign up cards, websites, and group directories are all efficient ways to place people in groups, but they aren’t effective. The wheels fall off these efforts simply because these are task-oriented approaches in forming relationally-based groups. Do you see the problem?
By placing people into groups, we are setting them up on a blind date, if you will. Most people don’t enjoy blind dates. It’s awkward. It’s stressful. It rarely works out. The same is true of small group “blind dates.”
Instead, when people offer to host a new group, their first job is to recruit people to join their group. By making a list of people they know, praying over the list, and personally inviting these folks, groups filled up quickly and stayed together for a second study. Make opportunity for those who aren’t invited to a group to meet the group leaders and join a group. In a church of 800 adults, we connected 1,000 into groups without sign up cards, websites, or directories. In the churches I coach (both larger and smaller) this has proved effective in forming lasting groups.

We broke the rule of attempting to recruit and train one apprentice. I learned from Brett Eastman and Lifetogether to “apprentice” the entire group. Everyone chose a responsibility to host the group in their home, lead all or a portion of the study, bring refreshments, plan outreach events and parties. Potential leaders were much easier to identify when they were put into action rather than picked out of a lineup.
As groups grew, some left to start a new group. There was no mandatory splitting of groups. They just got too big for the houses they were meeting in.

Honestly, 14 years ago, I didn’t believe this would be my story. Once we implemented the principles I shared here, I couldn’t believe how easy it was to multiply groups. Now, I’ve seen this story multiplied across over 1,500 churches that I’ve had the privilege of coaching.
This could be your story.
Schedule an assessment to get insights into how to accomplish this in your church.