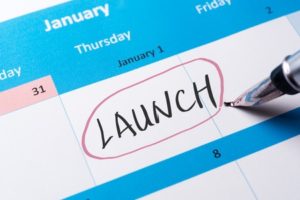 After launching small groups with church-wide campaigns over the last 14 years, I’ve discovered there are some great times to launch groups, and there are definitely some seasons or situations to avoid. Considering the effort that’s put into a campaign whether you are purchasing someone else’s campaign or creating your own, you want to get the most bang for your buck. Why put all of that time, energy, and effort into something that will end up with a mediocre result? Here are some seasons and situations to avoid:

My men’s group met 52 weeks of the year. We met at a restaurant for lunch on Wednesdays. Like most guys, we ate lunch 52 weeks of the year, so we did a Bible study too. I’m not sure 52 weeks per year is ideal, but it worked for us. Unfortunately, this doesn’t work for everyone.
Because of the school calendar, which was based on an agrarian society, most schools are in session from Labor Day until Memorial Day as God intended. Some schools, however, start early in August. This pre-Labor Day start is against the natural order of things, in my humble opinion. But, most schools offer the three reasons teachers have entered the profession: June, July, and August.
Families go on vacation. The evenings are longer. Even committed group members tend to forget about small groups. If getting groups to continue meetings is a challenge during the Summer, then starting groups in the Summer is even more difficult.
Summer is the weakest season of the year to launch groups. The strongest seasons for group launches are (in order): Fall, New Years, and Spring (after Easter). Summer is in last place by a mile. By launching groups in the Summer, you are faced with two issue. First, you’re not getting your bang for the buck as mentioned earlier. Second, you are taking away from the impact of your Fall campaign. Not only is Fall the start of the school year, but the Summer break before Fall helps to make a Fall launch the strongest of the year.
Now, there will be groups like mine who want to continue through the Summer come hell or high water. Let them meet. But, don’t spend a leadership coin on a Summer launch. Save it until Fall.

Growing churches build. Building churches requires a lot of money and usually some sort of capital campaign. We understand this.
People who are in groups tend to give more than people who are not in groups. According to Ed Stetzer and Eric Geiger in Transformational Groups, their research has shown that people not in groups give 6.07 percent of their income, while those who attended a group 4 or more times a month gave 10.34 percent (p 45). If a family earned $35,000 per year, this means their annual giving would increase by $1494.50 per year if they joined a small group.
If the church needs money, and people in groups tend to give more money, then why not get everybody into groups so they’ll give to more the capital campaign. That equation works for the short-term, but not the long term.
Once an association is made between small groups and capital campaigns, then the next time the call is made for people to join small groups, most people will think, “I wonder how much money they need to raise this time.” I’m not saying capital campaigns are wrong. They’re not. They are necessary. But, capital campaigns and small group campaigns simply do not go together.
To avoid a bad associate, get ahead of the capital campaigns. Form groups in the New Year, then start the capital campaign in the Fall. Groups can certainly study something about the church’s vision related to the capital campaign, and they’ve started well enough in advance that the association shouldn’t be made.

3. During a Church Crisis.

When a church is facing a major crisis, like the pastor’s forced resignation, a devastating financial blow, or a scandal of any kind, this is not the time to start small groups. I’m not being glib. My first pastor had to resign after I’d only been on staff for 18 months. While groups will certainly bond people together, disgruntled individuals can become platoons who will march right out of your church together. Wait until the dust settles, then launch groups.

4. Simultaneously with Another Major Initiative.

My friend, Gilbert Thurston says, “If you are casting vision for two things at the same time, you are creating Di-vision or division.” No pastor wants to promote division. The problem is if the best time to launch small groups is in the Fall and the New Year, well, it’s also the best time to launch everything else. Sigh.
To avoid creating di-vision in your church, stagger your announcements. If you’re church has on-going or semester-based groups and ministries like Celebrate Recovery, Financial Peace University, DivorceCare, GriefShare, or others, then start those before you make the call for groups. While it’s nice to have everyone in the church studying the same thing, it’s not necessary for an effective group launch. Once the support groups have started, then gear up for your big Fall or New Year’s launch.

5. If the Majority of Your Adults are in Sunday School.

For many of the same reasons as Summer, the weeks between Thanksgiving and New Year’s Day become overloaded with activities for most people in your church. Between school programs, Christmas parties, special Christmas services, shopping, traveling, and whatever else they’ve piled on themselves, the Christmas season is a very difficult time to start groups or for groups to even meet regularly. Groups can have fun together or serve together, but weekly meetings are probably out.

Most senior pastors want to kick off the new year with a “State of the Church” type of message or “Vision Sunday,” then they want to get right into their series the second Sunday in January. If this is when the church chooses to launch groups, there’s a big problem — there is no time to recruit leaders or form groups. If you think, “We will just recruit leaders in December for the January launch,” then go back and read #6. I’ve tried this. I ended up standing in the briefing room, listening to crickets, and questioning the call of God on my life. You can’t recruit nobody for nuthin’ in December. Save yourself some headaches.
The “New Year’s” launch will go much better if there is time in January to recruit leaders and form groups before the series starts in late January. Better yet, use the whole month of January to recruit and form groups, then run your series between the Christian holidays of Super Bowl Sunday and Easter.
Every church is different. For instance, Canadian churches will want to start their Fall series after Canadian Thanksgiving. If you live in Seattle and the mountain is still out in September, you might want to wait until October to start your series. If your people’s calendars fill up very quickly at the start of the school year, then you’d better launch groups when school starts, so folks still have an evening available.
Use these seven suggestions to guide you. I want you to succeed with your next group launch, but in the end, you need to do what works best in your neck of the woods.