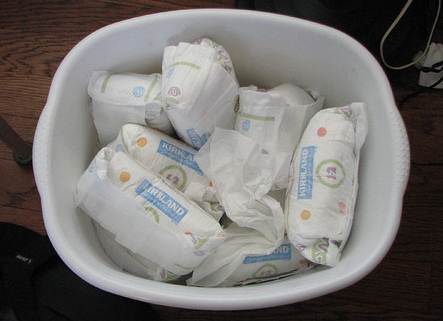 Some things in life are just as effective and more efficient in their disposable form. Think about diapers. Our family has cloth diapers and disposable diapers. Both serve the same purpose. Yet the cloth diapers require a great deal of maintenance and care. The disposables serve their purpose, then find their way to the landfill. The added bonus to disposable diapers is the dad in our family will actually change those. Cloth diapers? Well forget it.
What if we offered small groups in a disposable form? Before the relationships get messy, before the leader needs training, before you need to assign a coach, just reboot the group. Dispose of the group before any of the usual group tensions take place. Think about it. Rather than enduring through the conflict and struggle of the small group lifecycle, we could just enjoy the first six weeks of the honeymoon phase, then cast the other problems aside.
Let’s face it. Maintaining groups for the long haul is exhausting.
1. Disposable Groups Don’t Require Coaching.
Most small group pastors feel overwhelmed by the thought of a coaching structure. Even if you can actually fill out the org chart, most coaches don’t even really know what to do. They like the title. They carry a certain amount of guilt from not coaching. For most churches, even if there is some sort of coaching structure in place, the small group leaders are basically on their own anyway. With disposable small groups, there is no need for coaching. If the group is really that bad off in the first six weeks, then you probably just need to dispose of it sooner rather than later.
2. Disposable Groups Don’t Need Training.
People hate meetings. Pastors feel their calling in life is to hold meetings. But, most small group pastors are frustrated by the low attendance and general apathy toward their meetings. Disposable groups don’t need training. Seriously, how much could they possibly mess up in only six weeks? And, if they do, then see the last sentence in Point #1.
After a long day’s work, people don’t have time to drive home, eat dinner, drive to the church, attend a meeting, then drive home and collapse into bed so they can do the same thing all over again in a few hours. Some small group pastors expect their leaders to give up part of their Saturday. Chances are slim to none leaders will show up then.
3. Why Deal with an EGR, If You Can Just Leave Them Behind?
John Ortberg’s book says it all, “Everybody’s Normal Until You Get to Know Them.” If that’s the case, then disposable groups will keep the group relationships as normal as possible — You don’t really get to know people. You do a six week Bible study. There’s plenty of value in that. But, before people feel comfortable enough to share their idiosyncrasies, you’re outta there.
What’s better is if you end up with an Extra Grace Required person, a.k.a. “weirdo,” you can cut them (and yourself)loose in only six weeks. After all, this group came together for only one series, and now you’re done! Whew! Dodged that bullet.
4. There Are Always More Groups in the Sea.
While there may be some practical aspects of sustaining groups for the long term and not reinventing the wheel during church-wide campaigns, the beauty of disposable groups is an endless supply of potential group leaders/hosts/gatherers in your congregation. If you could have the same number of groups (or more) next Fall as you have this Spring, then why do all of the hard work of helping them survive the Summer, manage group dynamics, or select follow up Bible studies? After all, if you can say you have 50 groups now, and then you can post 65 groups in the Fall, why does it matter who’s actually leading the group? Numbers don’t lie. Whether your 65 groups in the Fall is made up of 50 Spring groups + 15 Fall groups or 65 brand new groups, you’ve still grown your small group ministry.
Now, disposable small groups aren’t for everyone. Some prefer the cloth diaper approach, and that’s ok. Go ahead and spend the time avoiding sticks from safety pins and sloshing number two’s in the toilet. You’ll have continuity for sure. But, for the rest of us, we’ll just show up with a big case of Pampers in the Fall, and then we’ll see who has the most groups.
Next up: Avoiding Disposable Small Groups