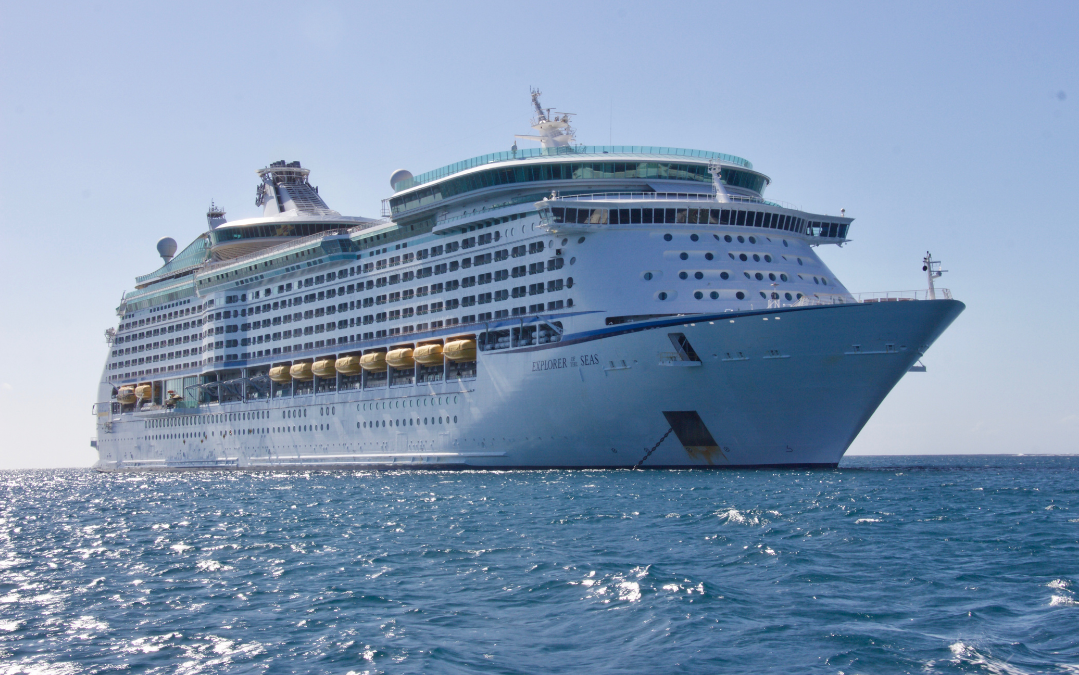 What is a Healthy Number of Groups in a Church?

You work hard in your small group ministry. It’s great to know how well you’re doing, right? So, what is a healthy number of groups in a church? This question comes from a member of the Small Group Reset Facebook Group (Join us. It’s free!)

I’ve commonly heard that churches with 30 percent of their adult worship attendance in small groups are in the top one half of one percent of all churches in the U.S. If that’s you, then congratulations. You’re in the top of your class!

The problem here is being exceptional in an unexceptional group. It’s kind of like back when I was in junior high: I was the least dorky of the dorks. Yet I was still a dork. (Sorry to poke at that wound). But, what this stat says to me is that out of over 300,000 churches in the U.S. who are woefully lacking in making disciples, if you have 30 percent in groups, then you are at the top of the heap. Or, as I said when our daughter started attending the best rated school in our state: “She’s at the top of the bottom.” Congratulations!

The Problem with 30 Percent in Groups

This is the easiest percent to get. It’s the low hanging fruit. You have your Innovators, Early Adopters, and even some of your Early Majority (according to Everett Rogers in The Diffusion of Innovations). That’s a solid start. It’s also an easy place to get stuck.

After seven years of personally recruiting leaders and starting groups, my church in California got stuck at 30 percent in groups. Group leaders weren’t developing apprentices. Groups were unwilling to “multiply” or “birth.” We might as well have called it a “small group divorce.” At least that’s what it felt like. After much frustration, I did several things: (1) We added a new model for groups. Notice “added” and not “replaced.” (2) I joined a coaching group to support me. In our next group launch, we doubled our groups in a day.

What About the Other 70 Percent?

If you’re content to rest on your laurels with 30 percent in groups (which I know you’re not), what about the other 70 percent who aren’t in groups? Are they exempt from the Great Commission? Or put frankly, how many of your people are you willing to allow to continue to live in disobedience to the Great Commission? I don’t know about you, but the more people in my church who are living obediently, the better off everybody is!

When you think about this other 70 percent (or whatever number that is in your church), why did they reject the small groups you were offering them? What could you offer them that they might say “Yes” to? You know why you want them in a group. Why would they want to be in a group?

The problem here is that even the top ½ of 1% are doing a poor job at making disciples. This is the Church’s one job! The Church has been at it for 2,000 years. Why haven’t we figured this out?

Is This the Right Target?

Most churches are made up of far more people than are represented in the weekend service. According to a study by The Provisum Group, 80 percent of your people attend 33 times per year, while the other 20 percent attend 2.4 times per year. When you do the math, you’ve probably got about five times as many people who attend your church compared to the average weekly attendance. The task of connecting your congregation and making disciples just got a whole lot bigger. (For more on the true size of your church, go here).

You are working hard. You are doing a good job. But, this is no time to rest on your laurels.

Many churches go about ministry like a cruise ship. What do you do on a cruise? You do nothing. Everything is done for you. Your church is not a cruise ship. Your church is a battleship. It’s all hands on deck! Don’t worry about the number of people you have in groups. Instead focus on two areas: (1) How are you multiplying yourself? and (2) How many people can you get to start groups? Imagine if you had 30 percent LEADING groups.

Have you thought about joining my 12 month Small Group Ministry Coaching Group. When my groups were stuck, I joined a coaching group. Not only can a coaching group help you get unstuck, it will offer you great relationships with like-minded small group point people to share the journey. For more information, click here. A new group is forming now! 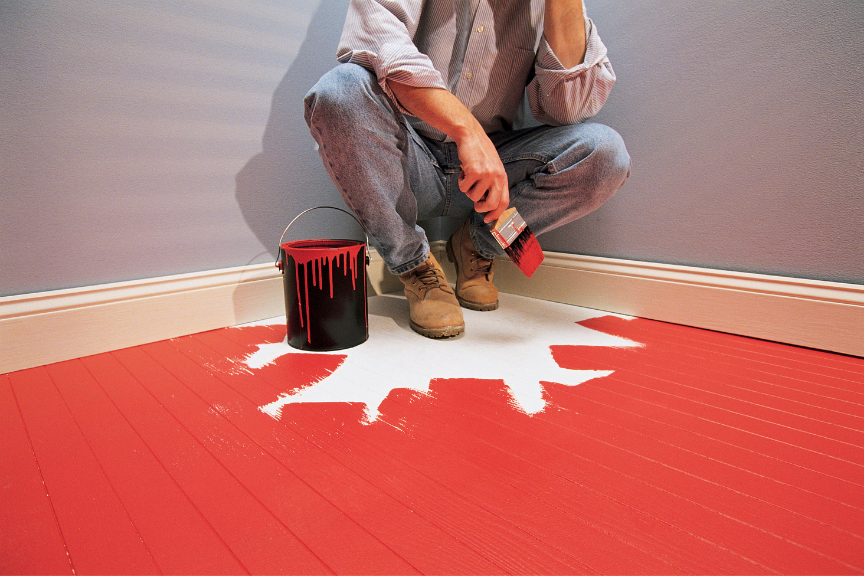 Getting Your Groups Unstuck in 2021

You’ve experienced your small groups getting stuck. It’s very common for groups to get stuck with only 30% of your people connected. Some churches get as high as 50% in groups, then get stuck. A rare few achieve more than that. But, this year brings a different kind of stuck to small groups.

Willingness to start and join small groups is beginning to thaw, but not everyone is there yet. As I talk to pastors across North America, I’m learning that everyone is experiencing their own version of small group ministry in 2021. Even in states that removed restrictions a while ago, there is still a reluctance to join or lead a group.

Vaccination, fear, denial, and new strains of COVID have increased the complexity of launching groups. While some are actively fearful, others are just over it. Some churches have even split over COVID precautions. It’s a complex time.

You can simplify the complexity of starting groups by offering flexibility and variety. Invite people to form groups they’re comfortable with. Invite them to start an in-person group or an online group. What suits them best? Encourage them to invite people they are comfortable being around. Whether it’s members of their “pod” or people they already know and love.

By giving your people permission and opportunity, they will figure out what’s right for them. Demanding that all of your groups meet on-campus or online won’t work. Throwing strangers together in hopes that a group might form is risky business. But, in addition to the COVID complexities, there are other reasons why your groups might be stuck.

Why Groups Typically Get Stuck

Groups get stuck for a variety of reasons. Using only one small group model routinely loses steam at around 30%. This is usually when you’re ready to abandon your current small group model for the newest, shiniest one. After you change models two or three times, your next announcement will be met with more of an eye roll than a drum roll.

As the small group point person, if you do all of the recruiting, your groups will get stuck somewhere around 30%. (I worked hard for seven years to only get stuck at 30% in groups). Any staff member, regardless of their longevity or likability will only get 30% the result the senior pastor would get.

In the last 31 years of ministry, I have served twice as an associate pastor and twice as a vice president. I know what it’s like to be the #2 guy. Once my senior pastor started recruiting leaders, our groups jumped from 30% to 125% in just six months. Same words. Same invitation. Different inviter.

Then, there are all of the other things you’ve experienced in getting stuck. You can’t recruit enough leaders. It’s difficult to connect people into groups. People are busy. Groups aren’t a priority at your church. You don’t have enough help. You don’t have enough budget. You don’t get enough airtime on Sunday morning. I’ve checked all of those boxes. Then, once you get the leaders, they burnout. They get busy. They leave the church or start working in another ministry area.

You have a lot to build in small group ministry. You have to recruit leaders, form groups, and build a coaching structure to support it (don’t try coaching everybody yourself). Maybe you’re writing curriculum. Maybe you’re desperately trying to get your church leadership’s attention. You have to offer the right training at the right time for your leaders who are at so many different levels of experience that half of them don’t show up most of the time. It’s a lot.

The reasons small group ministries get stuck at 30% goes back to research from the 1940’s. You may not have picked up a copy of the Diffusion of Innovations by Everett Rogers, but you have heard of “early adopters,” “mid adopters,” (or “early majority” and “late majority”) and “late adopters” (Rogers calls these “laggards.”) Stay with me. Even if you’ve heard these terms, you haven’t heard what I’m about to say.

When you launch groups, all of the Innovators in your congregation jump on board. This is the first 2.5% of the church. These are followed fairly quickly by the Early Adopters (13.5%). If you get the Innovators and Early Adopters to join groups, then you have 16% of your church in groups. This may not be the right place for them. As you persist in promoting groups, you start to reach the Early Majority (34%). You don’t get all of the Early Majority, but you get a start. The Late Majority are skeptical. It will take a while to win them over. The Laggards are traditional and stubborn. Don’t waste your time on Laggards.

You launch groups. You get the low hanging fruit (Innovators, Early Adopters, and some Early Majority). Then, you get stuck. I’ve been stuck. And, I stayed stuck until I made one crucial change.

Instead of inviting that first 16% (Innovators and Early Adopters) to join groups, invite them to LEAD groups. Just imagine the difference if 16% of your adults were leading groups. Even if you only have five or six people in the groups, you have groups for 100% of your congregation. How can you get that 16% to lead groups? Go back and look at the previous section of this article.

Once upon a time, my groups were stuck at only 30% for exactly the reasons I just described. In just 18 months, we went from only 30% in groups to having nearly 40% of our adults lead a group for at least one six week series. Our final result was 11% of our adults leading groups and 125% of our worship attendance in groups. The good thing about feeling stuck and frustrated is that it led me to figuring out how to get unstuck. These are the lessons I share with my coaching groups and help small group pastors adapt to their church’s unique culture.

If you are feeling stuck right now, I am ready to help you. Do you want my help?

Click here to learn more about my next Small Group Ministry Coaching Group.

Click here to set up a time to talk.