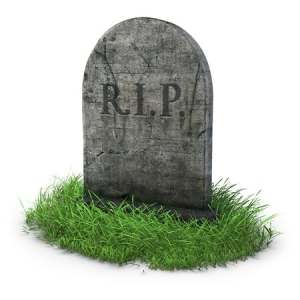 Should We Euthanize Small Groups?

Recently a friend passed along an article titled Why Churches Should Euthanize Small Groups by Brian Jones, founding pastor of Christ’s Church of the Valley, Royersford, PA. The article was published in the Christian Standard in 2011, so I’m a little late to the party here. Maybe the issues Brian raises have already been hashed over. But, just in case, you also missed the party too, let’s dig in.
The premise of the piece is that small groups don’t produce holistic disciples and never have. Pastors apparently have been sold a bill of goods by experts that has resulted in “Well-intentioned Christians, armed with the latest insights in organizational theory, let their pragmatic and utilitarian hearts delude them into thinking they could organize, measure, and control the mystical working of the Holy Spirit in community in order to consistently reproduce disciples in other contexts.” While I am unsure how much a person could actually control the Holy Spirit, the author raises a good point. While pastors wish to guarantee that the church’s efforts, ministries, and groups are bearing fruit, the metrics are tricky. I suppose the reverse of quantifying the impact of groups is not to measure anything or to eliminate groups completely so there is nothing to measure. Brian Jones offers an alternative.
He writes, “Every small group I’ve ever been in that helped me grow as a disciple started by what appeared to be an accident. I wasn’t looking for it. I wasn’t interested in joining a small group in the least. And in many respects, I didn’t even feel a need to grow spiritually.” His ideal was back when he was 18 years old and a few friends came together spontaneously and started hanging out with one another. Now, I will be honest, I am all in favor of this. According to the article the group “grew to 10 to 12 friends. We laughed together, prayed together, studied the Bible together, ate together, evangelized together, and served the poor together. Even though we had no leader, no real set meeting time, no agenda, and no plan or focus, it was through these friends that I made incredible strides toward becoming a holistic disciple of Jesus…And it all happened by accident.”

1. How well do “accidental” non-groups make holistic disciples of Jesus in most churches?

My dream is for groups of believers to gather together and do the exact things Brian describes in his article. If every Christian would spontaneously get together with other believers to encourage each other, apply God’s Word, serve together, pray together, and win others to Christ, it would be a big win. In fact, groups would no longer need to be organized. We wouldn’t need to call them “small groups.” Instead, we could call this “Normal.” I would love it.
The problem is most Christians in America are very distracted. As Francis Chan says regarding the Parable of the Soils, “Most Christians in America are not good soil. They are thorny ground.” The cares of this world have taken over. When do they slow down enough to read God’s Word, pray, meet with other believers, or even think about God? Most don’t unless they are in a weekend service.
But, can our efforts to motivate and organize believers into doing something intentional about their spiritual growth also go too far? The author makes a valid point, “I wasn’t participating in some superficial churchwide small group sign-up initiative the senior pastor dreamed up to jack up small group attendance because he heard church analysts say you should always maintain a certain ratio of worship attendees to small group participants.” If pastors were to offer their members the choice of joining a group of strangers or meeting with a group of friends, I believe most people would prefer to meet with their friends, just like Brian Jones prefers.
I have written on group formation many times before. The question I have asked for a long time is Why Reconnect People Who are Already Connected? Everyone has friends, neighbors, co-workers, family, and others who are open to spiritual things. As I wrote in the first line of my book, “Everyone is already in a group.” If given the opportunity, they would actually do something intentional about their spiritual growth. On their own, they probably would not.
I am all in favor of the “organic” nature of the group Brian Jones enjoyed. I’m not so sure about his label of “accidental.” If we surveyed Brian’s congregation or anyone else’s, I wonder how many people have been or currently are a part of an accidental group that is helping them become a holistic disciple of Jesus. I haven’t studied this, but my educated guess is most churches would only have a handful at most.

In the article Brian writes, “When I attended my very first church growth conference in 1992, a nationally known small group ‘expert’ stood up and said, ‘The way we say it at our church is, If you can read, you can lead. If a Christian can read questions in our study guide, he can lead a small group at our church.’
“‘That’s easy,’ Brian thought. ‘Too easy, in fact. And ridiculous.'”
But, here’s the thing, by his own admission, Brian’s accidental, organic group had “no leader.” So would his motto be, “No leader is better than a reader”? He goes on to explain, “Small groups don’t create disciples; disciples create disciples. And modern-day small groups are led, for the most part, by people who have attended the church, had a conversion experience, led a reasonably moral life, and can read the study guide questions, but are not disciples themselves.” I guess the question I must ask here is: What is a disciple anyway?
This is perhaps a bigger question than we can answer here, but if every believer has chosen to follow Jesus and has the Holy Spirit working in them, are they not disciples? Or is a being a “disciple” a certain mindset? Granted every believer’s faith is in a different place. While some people are able to trust God for great things, others maybe don’t even think to pray about their needs. While some are ambitious is showing God’s love to others in their communities, others are busy and distracted raising their families and working their jobs, which are not necessarily unspiritual endeavors. Is discipleship a destination or a continuum? If it’s a continuum, then wouldn’t it be far to say all believers are disciples, but are in very different places in their growth toward Christlikeness? Or, is there an elite class of believers who are serious disciples who leave the rest of us in the dust?
The author’s beef is: “The common argument against small groups is flawed. The problem with small groups isn’t that they pool the group’s collective ignorance; it’s that they pool the group’s collective disobedience. And it’s not the small group leader’s fault. It’s the fault of the people who installed the leader and convinced him he could lead their group to a place where they themselves have not gone.” Brian makes a good point. None of us can lead others beyond what we have truly lived and experienced. But, they can lead people who have less experience than they do.
This is why I gave up on signing people up for groups, advertising groups, or sending people to groups years ago. If on a spiritual scale of zero to 10, (Zero being a non-believer, and 10 being a saint), a spiritual “three” who decides to lead a group gets into big trouble if sixes, sevens, and eights signs up for that group. But, if the same spiritual “three” invited his or her friends to the group, more than likely the group would be made up of other threes, twos, ones, zeros, and negative twos. A spiritual “three” can lead this group. In fact, as John Maxwell says, “Leadership is influence.” If new leaders gather those they have influence over, then the group is off on the right foot.

The last issue I will take up here is what the group does. If as Brian Jones says, “Christians…sit in circles and talk to one another inside a building…read and comment on the Bible…rant about how they long to ‘get out there’ and do something that matters…people go home unchallenged and unchanged.” He goes on to say, “In my humble opinion, the Americanized small group is a remnant of an impotent religious institution that can’t transition effectively into a post-Christian, postmodern world.” He certainly makes some good points here.
In my experience, groups will accomplish what is expected of them. If groups are formed around hobbies for fellowship, they will hang out and do their hobbies. If groups are formed around Bible studies, they will do Bible studies. Where the church leadership directs groups is where they will go. So, why not direct them differently?
There are some great holistic approaches to discipleship that involve experiences and outreach projects and not just academic exercises. For instance, Rooted created by Mariners Church, Irvine, CA and their partner, Mavuno Church, Nairobi, Kenya, developed a group experience through community, study, focused prayer, breaking strongholds, and serving others. (And, I’m probably oversimplifying this.) This group approach through experiential learning over the last 6 years at Mariners has resulted in 90% of their Rooted Groups becoming on-going Life Groups. Of the Rooted graduates, 82% have increased their giving, and 70% have increased their serving. For more information on Rooted, go here.
The direction given to groups will make a big difference in the outcomes of the groups. While some folks may be unmotivated or possibly will join a group out of obligation, look at how we’ve grown over the years. The most profound growth came through painful circumstances with other believers to support us. Now, marketing that growth plan would be very difficult. But, a church can prepare their members by helping them to experience biblical community before their next problem comes.
I am always in favor of books and articles that make me think. Just check out my review of Joseph Myers’ The Search to Belong. I think it’s good to question the status quo rather than reading the same small group books over and over with a different cover and a different author. But, Brian Jones is throwing the baby out with the bath water, except he’s not. Apparently euthanasia didn’t work for the groups at Christ’s Church of the Valley. If you browse over to the church’s website (props to PlainJoe Studios — nice site), you will find a dozen or more small groups listed in the church’s groupfinder. Huh? I suppose the euthanasia didn’t take.