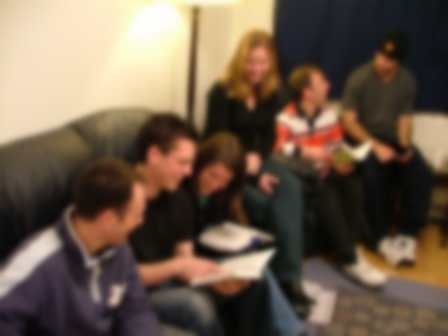 For people who know me and know what I do for a living, the title of this post probably seems pretty ridiculous. After all, I am Mr. Small-Groups-On-the Brain. In this last season, I have help a couple of dozen churches recruit leaders and launch thousands of groups across the country. Did something go wrong?
No, but let’s think about the purpose of groups for a minute. Why are we so obsessed about group life? I am a big fan of groups because it creates a place for people to care for each other, apply God’s Word, serve together, and reach others. The emphasis is on the “small” part. A group fulfills the second part of the early church’s paradigm: they met in temple courts and house to house (Acts 5:42). There was a large public space and a smaller personal space. Groups work. But, maybe not for everyone.
Most churches already have something in place for these functions of care, application, service and outreach. Not all of these functions are in the same place, however. Adult Sunday School might focus on teaching and then care, but maybe not on service and outreach. A task group might focus heavily on serving, but not incorporate the other three functions. A softball team might have a care and outreach function, but not a Bible application or serving component. The question is do we swing the wrecking ball at the ministries that partially fulfill the list, or do we challenge them to become more well rounded? Before you give an answer, answer this question: If It Ain’t Broke, Break It?
This is really a question of form and function. Churches who embrace the form of small groups will sometimes go overboard and call everything a small group. If your church has 200 adult members with 30 in Sunday school, 40 on service teams, and zero groups, suddenly you can have 70 out of your 200 in groups. That’s 35 percent, which is much higher than the national average. But, just because Sunday school classes are now “small groups,” and service teams are now “task groups” doesn’t necessarily mean there is anything “groupish” happening at all.
Of course, you can also go the other way. You can throw a bunch of ill prepared people into a living room in a sink or swim fashion and suddenly have a high percentage of the much coveted “off-campus small groups,” yet what are they doing? Is care happening? Are they applying God’s Word and serving?
I’m not saying avoid small groups. I’m definitely not. But, what will small groups accomplish in your context? Why do you want small groups? And, “just because growing and effective churches have them” should not be your answer.
What is your answer? I’d love to hear it!