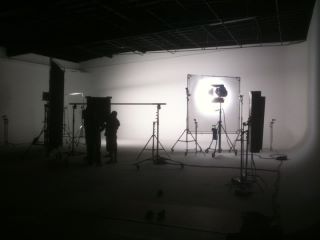 Why Should Your Church Produce Your Own Video Curriculum?

Video-based small group curriculum has been with us for over a decade now. Early innovators like Rick Warren and Brett Eastman at Saddleback Church brought the local pastor into the living room. Brett went on to found Lifetogether.com, which has sold about 4 million units to date. Many other video-based studies have followed and have succeeded.
With all of the professionally produced video curriculum out there, why would a church want to create their own? While well-known pastors have produced some excellent studies, your pastor’s face on the screen presents some strong advantages for your congregation.

1.       Takes the Weekend into the Week.
The hustle and bustle of life tends to edge out the Sunday morning sermon after a day or so. While some sermons are remembered better than others, most are long forgotten by mid-week. By providing small groups with studies based on the weekend message, the points made on Sunday can take deeper root.

By creating space in the small group to review the weekend message via a short video (no more than 10 minutes), the group has a chance to review the points, ask questions, discuss issues and make a specific application to their lives. Giving groups the opportunity to think about the message and what it means to them causes the group members to retain more. In groups they can involve more of themselves in the teaching. Rather than simply listening and maybe taking notes, group members can wrestle with hard questions and get the encouragement and accountability they need to live out the message.

2.       Engages the Senior Pastor’s Teaching Gift.
A senior pastor without a teaching gift is not a senior pastor for long. This is the most public and most personal role of any senior pastor. Speaking is hard work. Even the most gifted teachers spend hours gathering material, studying, collecting illustrations, and polishing their messages. Once Sunday is finished, for most pastors, the countdown clock to next week’s sermon begins. The one they worked so hard on for this week is now a thing of the past. But, it doesn’t have to be.

What if the pastor could sit down in a living room with his church members and teach them the part he couldn’t get to on Sunday morning? What if in that circle the pastor could share his heart about what the Bible passage means and what it would mean if people started obeying it? A video-based curriculum can breathe new life into a message destined for the archives. Not only will the congregation learn more, but the message will go farther through the group.

3.       Elevates the Role of Groups.
For most churchgoers, the initial draw to a church is the pastor’s teaching and the music. As hard as the other church staff work in their roles, this is the simple truth. Other than Jesus Himself, the senior pastor plays a highly significant role in the spiritual lives of his congregation.

By connecting the small group study to the weekend message, you can leverage the influence of the senior pastor in leading his people to connect in small groups. Once the pastor has created a video curriculum, his next question will be “How do we use this? How do we recruit more leaders? How do we get people into groups?” Don’t you want your senior pastor asking those questions?

What’s important to the senior pastor will be what’s important to the congregation. Bulletins, video announcements, website – none of these come close to having the #1 influencer in the church direct the congregation. When the pastor asks for people to host groups, people will host groups. When the pastor invites members to join groups, members will join groups. When E.F. Hutton talks…

I learned this lesson about a decade ago. I had spent seven years recruiting and training leaders only to find 30 percent of our congregation in groups. But, the first time our senior pastor stood up and asked for host homes, we doubled our groups in one day. I never looked back. He did all of the recruiting and leading from that point forward.

4.       Moves the Weekend Message Beyond the Church Walls.
When church members invite their friends, neighbors, co-workers, relatives and others to join them for a church-produced Bible study, the senior pastor is introduced to many more people than actually attend the church on Sunday. In homes, workplaces, Starbucks and even commuter trains, the pastor’s teaching goes out to many new people.

Often new people will meet the pastor via video before they meet him in person. But, the transition from the living room to the church auditorium now is not quite as daunting. New folks feel they’ve already met the pastor through the weekly group studies. And, don’t tell the group hosts and leaders, but they’re actually doing evangelism. Shhh.

5.       Puts Group Multiplication on Steroids.
A DVD curriculum is easy to use. In fact, someone who has never led before simply needs to follow the instructions. The teaching on the DVD provides the wisdom and expertise. The questions in the book provide the pathway for a great discussion. Pushing play and reading questions is not so hard.
Think about this: every person in your church has friends. The people who are less involved in the church will actually have far more friends outside of the church. What if your church members each gathered a group of 8-10 people for a video-based study featuring your senior pastor? Could a church of 100 members reach 1,000 people? What about a church of 1,000 going after 10,000? What about a church of 13,000 reaching over 100,000? Is it possible? The Bible says all things are possible with God.

I’ve created quite a few video-based studies in both churches I’ve served at over the last 10 years. If you’d like some help creating your own curriculum, shoot me an email: allen@allenwhite.org