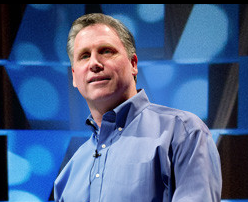 Bill Donahue, Ph.D., is serves as President of the LeaderSync Group, Inc. where he provides strategic consulting and leadership development for key leaders and their teams. Previously, Bill served as the Director of Leader Development and Small Groups at the Willow Creek Association and Church.

Q1: You’ve seen a lot come and go with group life. Tell us about your first experience living in community?

I worked in New York City upon graduation from Princeton, and one year later returned back to the greater Philadelphia area where I grew up, to work for a bank. During that time, I became a Christian and soon reconnected to others from my high school days who had become believers. A close friend of mine was in seminary I was leading a small group of people in their 20s, married and single, about 16 of us. This was my first glimpse into what a small group community could be like. We prayed, laughed, learn to share our faith together, held outreaches, studied the Bible, supported one another through life’s decisions, and tried to be Jesus to others as best we knew how. It really shaped the way I thought about church, ministry and the power of community.

Q2: How did your role at Willow come about?

I was small groups and adult education pastor a church in Dallas at the time, and I was invited to attend a Leadership Network forum for small group pastors of large churches. It was there that I met a team from Willow Creek. We attended the same forum for a couple of years together. At that point, it turns out they were looking to really expand the existing small group ministry at Willow. So they asked if I would consider joining the team. My family moved to the suburbs of Chicago in 1992 and that began my 18 year journey at Willow Creek.

Q3: What do you wish you knew sooner about small groups?

Make sure you get the heart and soul of the ministry right. Strategies and structures are absolutely necessary. But the structure must serve the spiritual formation of the people. If that doesn’t happen, it becomes all about a program and not a transformational community. Things were growing so quickly that we often got caught up in the strategic and structural aspects of ministry, sometimes neglecting the soul care of our leaders and ourselves. There’s no perfect way to do this, and everybody fights this battle. But I wish I had spent more time on the culture of a small group (values, spiritual disciplines, prayer, authenticity, learning to process life together, etc.) than the strategy to build more of them. Also, it really takes a spiritually maturing leader to have this kind of transformational community. You can never invest too much in your leaders.

Q4: What do you wish you could have avoided?

Because Willow Creek is such an event-driven culture, we sometimes thought we could get more done with our leaders at events than in personal small group mentoring and 1-on-1 mentoring. That takes time. Instead, we probably spent too much time preparing for and planning large events and gatherings for our leaders, which are great for inspiration and motivation, and broad vision clarity. But they do not develop leaders. Leadership development takes place one life, one leader, and one group at a time. There’s no getting around the right process implemented over a period of time. it truly is a long obedience in the same direction. It is neither glamorous nor glitzy. It’s just good raw disciple making and leader development.

Q5: In your previous books, we’ve walked the small group tightrope with you, experienced the seven deadly sins, and lead life-changing groups. You’ve just released The Irresistible Community with Baker Books. Why a new book at this point?

I have written a lot of books for leaders, from small group leaders all the way to group pastors and leadership teams, but I have not written a broad book to anyone who wanted to live a life of community in the way of Jesus. For decades I have taught a simple process of experience in community in the presence of Jesus: Inviting one another to the Fellowship of the Table, Performing the ministry of the Towel, and engaging in the Practice of the Truth. These three simple elements…a table, towel and the truth…form the essence of transformational community living in the name of Jesus. That’s what the book is about. It takes a close look at the Upper Room, Jesus’ relationship to his followers, and how they did life together, so that we can model it, learn from it, and practice much of the same.