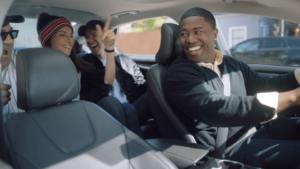 Why Pastors Should Drive for Uber

I am a pastor, and I started to drive for Uber a few weeks ago. Why? Am I destitute? No, I currently work with 28 churches from across North America, and my book, Exponential Groups, comes out in February. To be honest, I was just curious and a little bored in my office one day. Driving for Uber has led to a few things I never expected.

1. As pastors we don’t fully understand the world we are called to win.

The problem is that we get our information from…other pastors or from other ministries. What if we could have a conversation with people who were far from God? I’ve tried that in the past. The reality is as soon as you reveal to a non-Christian that you are a pastor. You might as well have said that you are the only person in the world who suffers from both Ebola and the Zika virus. They usually look down, stutter, and come up with an excuse to escape the conversation. If they don’t run away, then they awkwardly try to come up with something religious that they think you might want to hear.
But, when you’re their Uber driver, that’s a different story. People tell their drivers all sorts of things. And, if it’s a group of people, especially Millennials, then they won’t talk to you, but you can eaves drop on their conversation. You have a focus group right there in your car.
The hardest part of your job is to listen, not to lecture. You can very quickly get an earful of what’s going on in your community. Some of it might shock you. But, your place is not to judge. It’s to drive.
I have gained insights into our culture that I couldn’t get any other way. My passengers will talk about life, religion, politics, you name it. Where else could I have a conversation with an African-American lesbian about what the presidential election means to her? It was a respectful conversation. She shook my hand at the end. In my Uber learnings, it doesn’t matter what I think. I want to hear what the passengers think.

2. Some pastors become accustomed to being served. It’s time to serve.

Now, don’t get mad. Pastors serve their congregations in a variety of ways every single day. I respect that. But, there’s something about opening a door for someone, or carrying their luggage, or changing the radio to a station you don’t listen to because it pleases the customer. You gain insights into how people work for a living. (I know you work…we covered that). But, imagine if driving for Uber were your only job? Could you live on what you make? For me, it connects me to people who serve others in general, whether it’s in restaurants, department stores, or anywhere else. You see the world differently, and you tip better, even if you were a good tipper before.

3. Pastors can minister to their passengers.

Not every passenger is having a great day. Some are tired from a long day at work. Some are worn out and ready to give up. Others are in a difficult relationship or are just in a very bad season of their lives.
I have invited passengers to church. I have occasionally given practical advice. One passenger even asked me to pray with them about the situation they are facing.
I didn’t come across as Mr. Preacher. I came across as the friendly Uber driver who was just trying to help. No better than them. No worse than them. I never counted on ministering to passengers.
Now, before you put your King James on the dashboard, remember that passengers rate you. If you make them uncomfortable, then they will give you a low rating. Too many low ratings, and well, you are back on the golf course and no longer driving for Uber.

Let’s get practical. I moved to Greenville, South Carolina to serve in a large church. In fact, 1 in 10 people in the Greenville area were part of our church at the time. What if someone recognizes me? I’ve only had that actually happen one time. If it happens again, then I think we could make a joke out of it.
If you live in a metro area, you might try driving on the other side of town. If you live in a small town, you might want to spend a day in the city (in the same state). Remember, you’re not driving the church bus. You are gathering information about the kind of people in your area and what they think about things.
If you want to try driving, it’s pretty easy to get started. If you want to drive for Uber, go to Uber.com and use invite code: RUDOLPHW51UE. (And, yes, I get a bonus if you use my code). Every state has different requirements. Be sure to read through it.
If you’re not brave enough to drive…ahem…then hire an Uber to take you somewhere and ask your driver questions. Just download the Uber app on your smartphone, and your first ride is free if you use this code: rudolphw51ue. (I get a free ride too).
Okay, this post may actually be among the looniest ideas I’ve ever presented, but what I’ve gained over the last few weeks is very insightful. Christians live in a world that makes less and less sense to us. Unchurched people aren’t going to conform to our norms any longer. It’s time that we rub shoulders with them and hear what they have to say. Oh, and if they ask what you do, then just tell them, “What I do is not that interesting, let’s talk about you…”
Maybe pastors driving for Uber sounds strange. I suppose we could just go hang out in bars instead…(or not).
Because of the interest in this topic, I have started an UberPastors private Facebook group to share stories about experience with Uber: https://www.facebook.com/groups/305720126490660/ 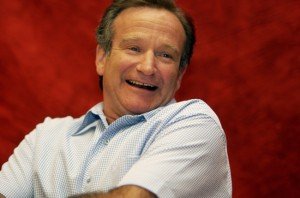