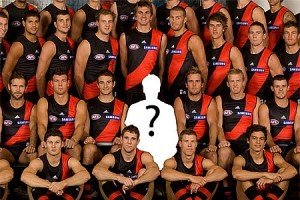 How High is Your XQ?

Have you ever worked with a flaky youth pastor, or an uncaring care pastor? Has your church, business, or organization left precise tasks to someone who settles for “good enough?” They aren’t necessarily bad people as they are in the wrong roles or are attempting to live up to an unrealistic set of expectations.

Your flaky youth pastor may just be the next visionary leader in the church. Visionaries are rarely organized or schedule. Do you fire him and get a boring youth pastor, or do you staff around his weaknesses?

Your uncaring care pastor is quick to size things up, yet impatient with the process of counseling others. Since those in need probably won’t quickly shape up, the uncaring care pastor needs to be reassigned to a project where he can charge the hill rather than stroll through the meadow.
What if you knew what you were going to get before you made a hire? What if you looked at the best staff you had and determined what personality traits they had, so you could determine who to add to your team? What if your small group had better insights into each other and became more understanding of each other?

How high is your XQ?

Time Magazine asked this question in their June 22, 2015 issue. The answer actually goes back for years. Yet, people analytics is not as commonly used as it should be, especially in the church world. The new trend toward studying Behavioral DNA is significant for hiring the right people, leading them, and helping them to understand each other.

Human-resources professionals in major companies are now looking for the X quotient in hiring, promoting and even terminating employees, according to Time. The article coined the term “XQ” or “X quotient” simply because there is no other way to quantify it. Maybe that’s the point.

In order to fight employee turnover, increase productivity, and raise customer satisfaction, companies and organizations are turning to expensive, time consuming solutions like Cattell’s 16 personality factors, the Hogan Personality Inventory’s seven scales, StrengthsFinder, or the Caliper Profile’s 22 traits. Online resources such as Infor claim to analyze over a million job candidates a month. Why does this matter? Can’t you just go with your gut?
People analytics will help you in an important range of team dynamics.

Whether finding qualified candidates is feast or famine, more than a strong resume is required to find the right fit. People with the right schools, degrees, and experience may or may not fit the bill. The metrics from People Skills, who I’m certified with, point to the core of who the person is, how they go about things, and how they will fit with the current members of your team. While anyone with determination can work hard to fulfill any role, eventually that person will burnout and will probably take the team down with them. If you put a highly relational person in a cubical with a computer for data entry, they will last for a while, but they will either wander away from the cube to find people or they will find another job, even lower paying, where they can interact with others. Behavioral DNA has much to do with job satisfaction and performance. Having this info at the beginning of the interview process will help you to select the right candidates and can confirm some things you are probably already sensing.

John Maxwell says, “People don’t see things are they are. We see things as we are.” If I am a very driven, performance oriented person, then I see people who are highly relational as being slackers. I think: “Why can’t they just cut to the chase? Why can’t they make a decision? Why do we have to have another meeting about the same thing, again?” But, they aren’t like me, nor I them.

3. Setting people up for success.

If someone has the personality of Attila the Hun and is given a role to precisely detail the steps of a process they invented, it won’t work. You need a detail person to document the process, and you need to allow Attila to charge the next hill. If you take someone who doesn’t want to rock the boat and put them in charge of innovating something, it will never move forward. The innovation will rock the boat, which is exactly what they are trying to avoid. There are many more examples. Think about the folks who are thriving in their role, then think about the folks who are withering in theirs. What’s the difference? It could be misapplied people analytics.

Whether you lead a staff, a team, or a small group, the X quotient is significant to the effectiveness and harmony of the group you lead. An understanding of their X quotient will help determine the appropriate role for each person and the way they go about it. As the Time article says, “A meticulous thinker is no better or worse than a big-picture mind, but it’s pretty clear which one you would like to have doing your taxes.”

A friend of mine, Vicki Barnes, developed the People Skills inventory about 25 years ago. By validating the findings with other well-known people analysis tools, she developed an easy, affordable solution for human resources professionals, non-profit organizations, churches, and even small groups. The one hour staff, team, group, or volunteer training offers a great alternative to lengthy online profiles and assessments which essentially provide the same information. 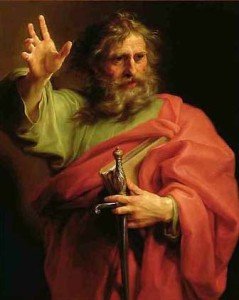