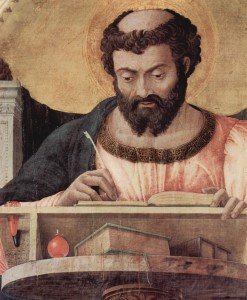 What if You Have a Highly Detailed Person in Your Group?

By Allen White
Do you have a detail person in your group? You know. The one who catches typos and corrects any inaccurate dates? This is the Planner. Out of the

four core personality types: Producer, Planner, Promoter and Peacekeeper as articulated by Vicki Barnes in her book, The REAL You, the Planner personality is concerned with systems and order.
If the Planner had a motto, it would be “A Place for Everything, and Everything in Its Place.” Planners choose careers from homemakers to attorneys to accountants to engineers. They tend toward perfectionism and are concerned about every detail. If you want to make a Planner’s day, then give specific appreciation to the details of what they did. Rather than making a general compliment like, “You led a good Bible study,” you want to get specific, “I really liked how you brought out the cultural background of that passage. It really put that Scripture in a whole new light for me. They will be thrilled.
Planners will follow the rules and probably add a few of their own. They may be determined to go through every question in a study guide, which is not really necessary. Just so they can sleep at night, the group leader should inform everyone that there are too many questions to possibly cover in one lesson, so we have selected a few key questions to discuss. The group is welcome to explore the rest on their own.
Luke the Evangelist, who authored the Gospel of Luke and the Acts of the Apostles, represents the Planner personality. Luke was a Gentile believer and does appear in Scripture until the middle of Acts when the pronouns change from “they” to “we” (Acts 16:10). Yet, Luke wrote a Gospel. In fact, he was the only Gentile and the only non-eyewitness to do so. This is where his Planner characteristics come out,
“Many have undertaken to draw up an account of the things that have been fulfilled among us,  just as they were handed down to us by those who from the first were eyewitnesses and servants of the word.  With this in mind, since I myself have carefully investigated everything from the beginning, I too decided to write an orderly account for you, most excellent Theophilus,  so that you may know the certainty of the things you have been taught” (Luke 1:1-4).
It’s not that Matthew or Mark had done a terrible job. It’s not that the Holy Spirit was absent from the inspiration and revelation necessary to pen Scripture. Luke, as a Planner, needed to thoroughly investigate things himself and share the conclusions with his disciple, Theophilus. While Peter couldn’t sit still long enough as a Promoter to write himself, Mark wrote on his behalf. Paul, the Producer, didn’t need to rewrite the Gospel. He was too busy breaking new ground. Luke took the time for careful research. He was a Planner.
Planners are going to, well, plan. They will plan an event. They will write an instruction manual for the event. They will write a dissertation on the manual for the event. They need to be given reasonable expectations and a deadline, then get out of their way.
Planners tend to be the least spontaneous of all of the personality types. They prefer to make a plan and stick to a plan. It will frustrate them to hear a constant flow new ideas, when the plan has already been set. Scraping the plan is even worse. If they’ve worked hard and something has shifted, you need to take time with them and give them plenty of detail for the change. Otherwise they will feel very unappreciated.
They can be accused of being nitpicky and critical. This mindset can often lead to negativity and depression. Typically, Planners have low self esteem, so build them up. Planners wrestle with the mixed motives of belonging and contributing. They are pulled between thinking and feeling. They grapple with relationships and tasks. What they pour into a task demonstrates their regard for relationship, but they may become so absorbed in a task that the relationships are set aside.
Planners are wonderful gifts to groups and teams. The Promoter will get a great idea. They always have ideas. The Producer will be ready to execute, but will be short on the details. The Planner can turn the Promoter‘s vision into reality and help the Producer improve on what they are doing. The Peacekeeper is the most concerned that everyone is ok.
For more information on People Skills workshop on Personality Types, CLICK HERE.
To read more in this series:
Producer: What if the Apostle Paul Was in My Group?
Promoter: What if the Apostle Peter Was in My Group?
Peacekeeper: What if Father Abraham Was in My Group?