Is Your Group Relational Teflon?

By Allen White
If the plan works right, group members form close-knit bonds. They become a true band of brothers. It’s a cord that’s not easily broken (Ecclesiastes 4:12). The group has become exactly what everyone wanted. People you can count on. People who know you and you know them. A safe place to deal with the struggles and mess of life. But, sometimes groups become too tight.

Groups over time develop a history. There are stories of victory and defeat. Inside jokes abound. Group is like family. This is all great until someone tries to join the family.
Adding new members to your existing group is often more like getting new in-laws rather than having a new baby. No one resents a new baby, except for the next youngest sibling. But, in-laws are another story. Who is this person? How will they fit in? But, the new in-law is asking questions too.

“Will this group accept me?” “What are they joking about?”

It takes hard work to welcome a new group member into the family (read more here).
I’ve seen great groups become very close-knit over time. They’ve developed a tight bond. But, when prospective members visit the group, they don’t come back. Soon they discover their group is a revolving door. Visitor after visitor comes and goes. It might be time for your group members to move out.
It’s Time for the Kids to Move Out.
No one would ask their infant to move out of the house. They’re so little and vulnerable. You need to nurture and protect them. There may be a case, however, for asking a two-year-old or a teenager to move on. But, parenting responsibility and child neglect laws dictate otherwise. But, there comes a time when your children should move on.
When children become adults, they should be encouraged to fulfill their God-given purpose in life. That purpose is not living in your basement until they’re 35. (Yes, go tell him right now). Group life bears a resemblance.
New and growing believers need some care and guidance. As they learn and grow, they also need additional responsibility over time. They don’t need a co-dependent leader who wants to do everything for them, who never thinks they’re ready to move on, and who needs to be needed. After a season of no more than two years, group members should be encouraged to lead on their own. Leaders often find a million reasons why this shouldn’t happen.

“Who’s that living in your basement, leader?”

Jesus gathered His disciples with the invitation to “Follow me.” After a short season of training, Jesus sent them out to experience ministry for themselves. He gathered them back together and debriefed their experience. Eventually, Jesus died on the cross and ascended into Heaven, leaving His disciples fully in charge of the church on earth.
While group leaders won’t necessarily follow the path to capital punishment, Jesus provided an effective model for developing leaders. The Son of God, who knew everything about His disciples, chose to empower and release them for ministry. The pinnacle of this empowerment was Jesus’ ascension into Heaven. While He promises to be with us always (Matthew 28:20), the disciples reached a place where they needed to serve on their own. Your group members will get there too.
Jesus knew Peter was impulsive. He knew Thomas needed More Evidence That Demands a Verdict. Jesus knew the tension between Simon the Zealot and Matthew the tax collector. Libertarians and Liberals don’t mix well. Jesus knew Judas Iscariot wouldn’t make it. He knew the good, bad and ugly of His small group members, yet He chose to empower them to serve.
If your group has been together for 18-24 months, someone is ready to step out and start a new group. If your group is younger than 18 months, it’s time to pass around the group responsibilities and see who rises to the top. Don’t get stuck with old group members living in your basement. 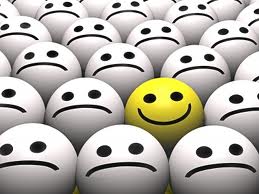