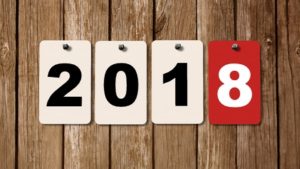 You’ve either just launched groups in your church; you’re about to launch groups; or you don’t know what you’re doing. How does that feel? If you just launched groups, you’re coming up for air. Your January fire drill has come to an end. The sprint you just ran has left you panting. Once you catch your breath, you’ll be at it again. But, what if you didn’t have to lose your mind every 12 weeks to have the leaders and groups you needed? It’s simple math: 12 months gives you more time than 12 weeks. The challenge is that it’s hard to work in it and on it at the same time. Here are some reasons to focus on 2018 instead of 2017:

Many of us run our group launches hand to mouth. We get the groups going that we need, then have to start getting ready for the next go ’round hoping that many of the groups will stick, but not knowing for sure. What you do know is that you’ll have to recruit leaders again in a few weeks. You just don’t know how many yet. It’s hard to think ahead when you’re living “paycheck to paycheck.” It’s hard to come up for air.
But, what happens when your church grows larger and your groups well outnumber what you’re dealing with now? Imagine that you’re a church of 200 people and your growth takes you to 800 people. You can’t hire a bunch of staff. At least, I never could. Would you stop placing people into groups, or would you ignore your family working late nights? Would you twist the arms of the usual suspects to lead groups and get another short term win? How are you going to manage four times as many groups when you probably don’t feel like you’re doing a great job managing them now?
Stop and do the math. What does 4 times look like in your church? What would you stop doing that you’re currently doing? Stop placing people into groups. Stop handpicking leaders. Start asking your senior pastor to recruit leaders. Start your coaching structure and build on it. You would definitely need to change your process.
Here’s the point: Start leading like you have 4 times as many groups now. If you wouldn’t place people into groups then, then stop placing them into groups now. If you would ask your senior pastor to recruit leaders from the pulpit, then start doing that now. If you would back off of coaching leaders yourself, then write down three names right now of people you would invite to help you coach new leaders. Write them down.

2. Build a Coaching Structure Over Time.

If you have 10 groups, you don’t need 8 coaches today, but when you have 40 groups you will. Start preparing your group leaders to coach new leaders. Observe how they handle issues in their groups. Notice the ones who genuinely care. Effective coaching is built on a relationship. Who’s good at forming and maintaining relationships? You can train on skills, but you can’t make people care.
Don’t worry about your current leaders. If they have successful lead a group without a coach, then they will be great potential coaches. Don’t feel obligated to attach every leader to a coach just to fill in an organizational chart. The chart will look pretty, but the coaching will be pretty ineffective.
Give new leaders a coach. Remember, you’re headed to 4 times as many groups next year. How many coaches will you need? Start preparing them now.

Any church can generate a lot of excitement over a six week series. It’s like inflating a balloon. Building up to a six week campaign, the balloon gets bigger and bigger and bigger, then it POPS! Now what? If your balloon has already popped, then you’re asking the “Now what?” question too late.
Start groups with an expectation that they will continue. In order for them to continue, they need a next step. Before you launch the first series, plan for what they will study next. If you offer the next step during the first six week study, then 80 percent or better should continue. If you offer the next step after the series has ended, you won’t do so well.
The best seasons of the year to launch groups are Fall, New Year, and Easter. But, to retain groups, you need to plan for 52 weeks, not just three 6 week series. Now, it’s not 52 weeks of meetings. There’s variety. There’s ebb and flow. Keep the groups informed on what’s next, and they will take the next step.
I would even go so far as to say if you don’t plan a next step for your groups, then abort your group launch now. Don’t get into the Ground Hog Day phenomena. Don’t connect them into groups only to watch them ungroup, then later try to regroup them. If this is what you’ve been doing, no wonder they’re turning you down now.

Launch. Next Step. Repeat. (except for Summer)

4. Recruit Leaders for 12 Months, Not Just a Few Weeks.

If you’re focused only on your next group launch, then you need to recruit leaders for your next launch. You’re playing the short game. If they won’t lead for this round, then maybe you ask them again for the next round. But, won’t you need leaders 6 months from now? Won’t you need leaders a year from now?
Years back I was recruiting a member of our church to oversee our support groups. He was a great guy who led groups well. He was also a licensed counselor, which would be perfect for coaching our support groups. I called him and invited him to help these groups. He told me he couldn’t do it. Between completing a degree and the season his family was in, he just couldn’t do it. But, he might be able to take on the role in 2 years. I put a date on the calendar.
Two years passed, then I called him. He said, “I knew you were going to call me.” The timing was better, so he said yes. He was the right person for the right position, but it was the wrong timing when I asked the first time. Rather than twist his arm, I waited for the right timing. It was certainly better than having someone lead under duress or not have time to lead at all. It was also better than having the wrong person in the role because I was running a fire drill.
Ask yourself this: Am I interested in achieving my goals, or am I committed? There’s a difference. John Assaraf says, ” “If you’re interested, you come up with stories, excuses, reasons, and circumstances about why you can’t or why you won’t. If you’re committed, those go out the window. You just do whatever it takes.”
I know that you are committed. You have given your whole life over to God to be used for His service. I understand. I have too. But, I spent so many years spinning my wheels in season after season only to find rather pathetic, incremental results. Out of that frustration was born a more impactful way of doing things. I would love to join you in your journey.