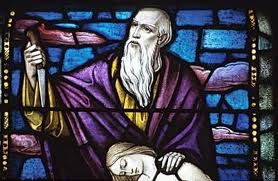 What If You Have a Pleaser in Your Group?

Do you have a group member who tends to get along with everyone else? They don’t rock the boat, and certainly don’t tip the boat over. They are loyal and steady. You can always count on them. Yet, you don’t always know what’s going on inside of them, because they wouldn’t want to trouble you with that. The group member we call the Peacekeeper.
In this series of posts, we are looking at the different personality types of group members and how they affect the dynamics of groups. Based on Vicki Barnes book, The Real You, we have identified four core types: the Producer, the Planner, the Promoter, and today will will consider the Peacekeeper.
We see Peacekeeper behavior in several people in Scripture. The Apostle John would certainly fit in this category. He was the disciple whom Jesus loved. John had a warm that resonated with others. He also took the longest to write his Gospel. While Matthew, Mark (writing for Peter), and Luke put our there Gospels in the first half of the first century (give or take), John’s Gospel didn’t appear until nearly the end of the first century. (Scholars can debate away, but this is what they taught me in Bible college).
Another example of Peacekeeper behavior is Abraham, formerly known as Abram. When Abraham had to go down to Egypt as recorded in Genesis 12, he was worried the Egyptians couldn’t resist Sarah for her beauty and would kill him to get her. Abraham instructed Sarah, “Hey, let’s not make any waves in Egypt. Instead of telling them you are my wife, just say that you are my sister instead.” Sarah went along. Now, this caused quite a bit of trouble later in the story when the Egyptians found out the truth. But, Abraham saved his neck.
When Abraham and Lot were living together with all of their families and herds, it became clear they needed more space. Rather than telling Lot where to move his family and herds, Abraham gave Lot a choice. Of course, Lot chose the best land. Abraham, being more passive, really didn’t care which land he had as long as Lot was happy.
Now, none of us are limited to our core personalities. Abraham’s faith grew. God declared Abraham to be the father of many nations. When God called Abraham to take Isaac to the mountain and sacrifice him, there was no hemming and hawing. The next morning, they got up and went.
The Peacekeeper shows mercy and compassion. They are more likely to see all sides of an argument. Now, by seeing all sides, they sometimes have trouble taking sides or making a decision. I have a dear friend who asked me what color she should change her carpet to. I later found out she had been asking this question for more than a decade. The last time I visited her and her husband, they had moved to a different house. I said, “Well, you didn’t need to change the carpet after all.” Being a Peacekeeper, her response was, “Oh, Allen.” If she’d been a Producer, the carpet would have been changed immediately, and she would have knocked my block off for saying something like that. If she had been a Planner, she would have studied carpet types carefully, and the science behind mood and its relation to color. If she had been a Promoter, she would have chosen whatever bright color she felt like.
Peacekeepers are natural mediators. They are slow to form a prejudicial decision. When Producers like me want to fire up their bulldozer and “git ‘r done,” the Peacekeepers are a good people to check in with before the Producers start running over everybody.
Quite a few years back, another dear friend of mine and I were choosing a restaurant to take a group of seniors to up in the Mother Lode near Sonora, California. There was an Italian restaurant there I had been wanting to try, but my dear Peacekeeper friend suggested something else. It was more of a coffee shop with an extensive menu. We went her way. At one point in the meal with about 40 of us gathered around a huge table, I heard her say quietly, “Isn’t this nice. Everyone found something they really liked.” She was a Peacekeeper extraordinaire.
While Peacekeepers are great listeners and mediators, they can be easily overwhelmed, yet they won’t let you on to that. They may appear calm on the outside, but you may be rocking their boat like crazy on the inside.
When it’s all said and done, we should all strive to be more like the Peacekeeper. In fact, as we mature and grow as a person, all four of these personality types should even out in our lives. But, only if we grow.