The number of groups any church can launch and maintain is limited by the number of leaders available. It’s simple. If you have a leader, you have a group. If you don’t have a leader, then no group. The problem is most churches can’t recruit all of the leaders they need to meet the demand for groups. The problem goes even further because most people don’t regard themselves as being any kind of a leader. Without more leaders, how do you launch more groups?

Problem #1: Not Everyone Qualifies as a Leader

Churches place various qualifications for leadership. They may require church membership, leader training, apprenticing in a group, a background check, an interview, or any number of qualifications to lead. For most churches the bar for leadership is set pretty high – as it should be.

Problem #2: Most People Don’t Consider Themselves to be Leaders

If they must be a leader to lead a group, then they must fulfill leadership requirements and receive leadership training before they can lead, but they aren’t leaders so why would they do that? My apologies for the run-on sentence, but it’s a legitimate question. How many times have you invited someone to lead a group only to be turned down with “I’m not a leader”?

Admitted non-leaders don’t get excited about meeting leadership requirements or taking leadership training. They’re not leaders. If they have to be a leader to lead a group, then it’s probably not going to happen.

What If You Don’t Need Leaders?

By inviting disciples to make disciples in groups, you can help your people walk in obedience to the Great Commission. Rather than continuing to allow your people to borrow from your spirituality, you can give them an easy-to-use tool like a video-based curriculum and a coach to supervise them. They can live in obedience to Jesus by making disciples. They can prove themselves and learn to lead by doing. You can have more groups ASAP. And, eventually, these disciples can be recognized as leaders.

The bar for leadership should remain high. When you do church-wide campaigns, group launches, or alignment series, these are part of the leader recruitment process. These are not ordination events for new leaders. It’s a trial run to give them an opportunity to prove themselves as leaders. Once they’re ready, then you can commission them as leaders. As one of my leaders, Doug Howard told me, “Thank you, Pastor Allen, for showing me I was the leader I never knew I was.” I hope you hear that a lot!

For more tips on launching more groups, register for the Starting Leaderless Groups Webinar on Wednesday, November 20 at 1 pm ET/ Noon CT/ 11 am MT/ 10 am PT.

Pastor Kenton Beshore and Mariners Church started something six years ago that intrigues me.
I’m more than a little leery when a ministry presents a new strategy which they claim is the best thing since sliced bread. (I also wonder what the best thing was before sliced bread). I’ve been in ministry for a long time. I preached my first sermon 34 years ago. I’ve been part of the small group movement for the last 20 years. It’s not that I’m old — I’m only 51 and I have a two year old — I was called to ministry early in life.
There have been so many faddish things over the years. Some of them produced temporary results. Some produced no results. Just a few produced lasting results. I’m talking everything from the launch of bus ministry to the introduction of praise music to the comfort of seeker services to the impact of church-wide campaigns. Each one of those basically claimed their own decade from the 1970’s on.
People were saved. Churches grew. Impact was made. But, then they disappeared. Some strategies and ministry ideas had a much shorter shelf-life.
So, now that you understand my jaded, skeptical point of view, you can certainly understand why I very rarely endorse anything. I want to see how it plays out. Is this just the next new shiny thing that we pastors tend to chase after? Is this an attempt to copycat what’s working somewhere else in hopes it will work here? Then, I get real honest — is somebody just out to make a buck?

My Introduction to the Rooted Experience.

About nine months ago, Caleb Anderson, Lead Pastor of Mariners Church, Huntington Beach, CA, introduced me to Rooted. I was blown away. It’s not a program. It’s not merely a curriculum. It’s a catalyst that produces dramatic transformation. He had my attention, but I did go to school in Missouri, so he needed to show me.
Then, I began to hear story after story of transformed lives. People coming to Christ. Marriages saved. Addictions forsaken. Bodies and minds completely healed. Lives and finances surrendered to God. But, here’s the most intriguing thing — all of this was happening over a 10 week experience. Now, I really had to see this to believe it.
I was part of the Rooted Training in November of last year and met churches of many denominations, sizes, and locations who were telling similar stories. I’ve spent the last month on the phone with pastors from across the country talking about how lives are transformed, congregations are emboldened, and communities are impacted because of a simple 10 week experience in Rooted. My doubts were quickly erased.

What a Kenyan Church Taught Kenton Beshore about Discipleship

In partnership with a Kenyan church, Kenton Beshore was introduced to a non-Western, experiential learning process which was seeing dramatic transformations in Africa. Having exhausted many means of discipleship, assimilation, and church growth in the U.S., Kenton thought, “Why not bring Rooted (or Mizizi in Swahili) to Mariners?” The results have been remarkable.
After six years of leading the congregation of Mariners Church through Rooted, 90 percent of Rooted groups have gone on to become on-going Life Groups at Mariners Church with 90 percent of the group members continuing in the Life Groups. Rooted graduates have increased their giving by 82 percent and 70 percent have increased their serving. Now, imagine those kinds of results in your church.
Here’s the thing about Rooted, if you just perused the curriculum, you would probably find it fairly unremarkable in and of itself. In fact, at first glance it appears fairly uncomplicated, and yet those who have completed the 10 week Rooted journey have discovered the experience is bold, focused, and powerful. They have seen health in their members, their churches, and their ministries unlike what they’ve seen before.
Like I said, I am leery of new shiny things. But in Rooted, I have found something so remarkable and so special that I actually joined the Rooted Team for a season. And, I’m still a huge advocate.
Need Help Launching Rooted in Your Church? We can take you through step-by-step.
Before you get started with Rooted, read What’s Wrong with Rooted.

Find Out More About Rooted:

What is Rooted? Article 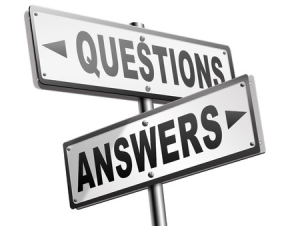 Are your groups stuck?

What’s your biggest obstacle in your groups ministry?

Bring your questions, and I’ll do my best to answer them.

for a Live Q&A Webinar about small groups.

Space is limited to the first 24 people.

We’ve upgraded our website to better reflect the changes and upgrades we’ve been working on the past 4 years.  As part of this new release, we’re giving you a gift of upgraded performance.  Not only does our website have a new look, but the application itself has increased in performance.  All part of our continued commitment to be software serving church leaders.

With the new website, it is easier than ever to point friends to our location and let the site do the rest.  In fact, during the Grand Opening (April 11 through May 31),  forward this email to as many pastor or staff friends as you want and we’ll give you $50 for each one who continues after the 30 day free trial and take $100 off their setup fee!
If a friend forwarded you this email, just:
Then we’ll give you a $100 credit on your setup fee and send your friend $50 for the referral.
Thanks for the privilege of serving you!
Blessings,
Boyd
Boyd Pelley
Co-founder/President, Churchteams
(817) 320-4112  call/txt
Facebook