>The Impossibility of Change

>Can the leopard its spots? Neither can you do good who are accustomed to doing evil. Jeremiah 13:23


The Greenville Zoo has a leopard. He’s usually napping when we go there. One day he made the mistake of sleeping next to the glass near the front of his enclosure. My kids made enough noise that he actually got up and moved. Yes, my children are scarier than a leopard sometimes. But, I wouldn’t trade them. Besides, leopards make poor pets. 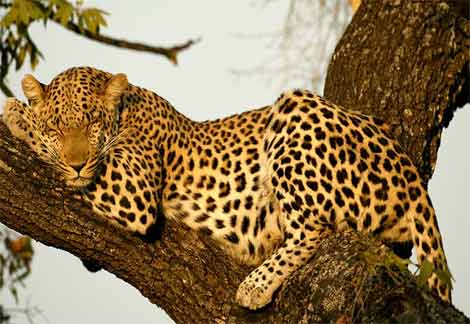 That’s probably a good thing, since they aren’t very exciting to watch sleeping in the zoo. The Bible says that we are as prone to change our behavior as a leopard is likely to change its spots. That’s a depressing thought. But, fortunately, this is not all that the Bible says about us.


We must realize that we cannot change our ways solely by self-determination. The wheels are bound to fall off sooner or later. After all, how many New Year’s resolutions have any of us actually kept? We can go for a while, but most of us aren’t disciplined enough for the long haul. We all have the ability to quit a bad habit for a little while or to start a good habit for as long. But, lasting change doesn’t come from our own efforts.
A leopard can’t change its spots, and we can’t change our ways, but “I can do everything through Him who gives me strength” (Philippians 4:13). What does that mean? Well, the sooner we give up on our own efforts to reform ourselves and allow God to take control, the sooner we will actually experience lasting change.


What seems impossible to you today? How have you asked God for help?


The next time you’re at the zoo, stop by and watch the leopard napping. Then, remember that nothing is impossible with God.