Who Is Your Neighbor? A Local Church Initiative 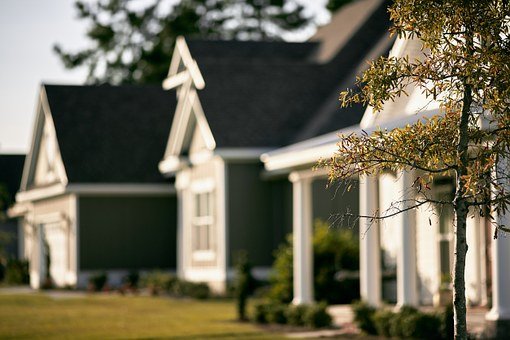 Love God and love your neighbors. In the Great Commandment, Jesus boiled 613 commands down to these two. He went on to say, “All the Law and the

Prophets hang on these two commandments” (Matthew 22:34-40, NIV). In other words, if Jesus’ followers do anything, they should focus on these two things. The Neighboring Life focuses on the second commandment in order to follow the first one.

Who is My Neighbor?

The act of taking time to learn a neighbor’s name demonstrates obedience to Jesus’ command. Once a believer knows their neighbor’s name, then they can pray for their neighbor. Pray for their lives, their families, their jobs, and even an opportunity to get to know them better.
Neighboring is also serving next door neighbors. By offering a helping hand, often the next step is offering a listening ear. “We love our neighbors because we are Christians, not because we are trying to make them Christians,” says Rick Rusaw and Brian Mavis, co-authors of The Neighboring Church. “We need to stop hijacking the endgame with other things. It happens so subtly. We love our neighbors so they will go to church. We love our neighbors so they will join our small group…Those motives turn people to be loved into projects to be directed…People will know when they are a project.”
The Neighboring Life is the creation of Rick Rusaw, Brian Mavis, and the team at LifeBridge Christian Church, Longmont, CO. Built on the foundation of The Externally-Focused Church, co-authored by Rick Rusaw and Eric Swanson (Group Publishing 2004), LifeBridge along with many other churches, has sought to transition ministry from missional, community-wide, Service Day approaches to a more granular form of ministry. Rather than donning matching t-shirts, serving for one day, and making local headlines, The Neighboring Life is a daily, personal experience with one’s neighbors. More importantly, it adds the relationship component to serving.
“The bridge between being missional and incarnational is relationship,” according to Scott Campbell, The Ascent Church, Colorado Springs, CO. “You can be missional without being relational. You can’t be incarnational without relationship: ‘love neighbors as you love yourself.’”
“For years [LifeBridge Church] had been getting into the stream of our community to serve. A city employee asked if we would take care of a woman’s yard for her. I said I would look at the situation and get back to her,” said Brian Mavis. “As I was driving up, I spotted the house from blocks away. They weren’t exaggerating. The grass was almost as tall as I was. I knocked on the door and a woman in her young thirties answered. Standing next to her was a little girl. I learned that this woman had recently survived stage-four cancer, and she was taking care of the nine-year-old girl, who was in foster care. This woman was tearful and embarrassed about her yard, but she said her health prevented her from trying to take care of it.
“My heart broke for her, and I was happy that our church was going to help her. I gathered a dozen people and they brought their own equipment. A few hours later we had the yard looking almost as good as new. We came back the next week to put down some mulch. We prayed for the homeowner, and we felt great about what we had done. I was proud of our people, and I was glad the city knew they could call us and count on us to take care of it.
“Over the next year, I called the woman a couple of times to see how she was doing. After the second call, while I was silently congratulating myself, the Holy Spirit said, ‘This is nothing to be proud of. This should never have even happened.’ I immediately knew the full meaning of this gentle rebuke by God. The woman’s grass should never have grown more than six inches tall.”
What should have been done differently? “First,” said Mavis, “I wouldn’t just ask a dozen people from our church. Instead, I would look to see who lived near her. We have several families within a couple blocks of her house. I would’ve called them and asked them to help me help their neighbor. Then I thought I would go one better. I would ask them to help me, but I would also ask them to knock on their neighbors’ doors, no matter if they were Christian or not, and invite them to join in helping this woman…If the church had done a better job of helping our people learn to love their neighbors, then I never would’ve received a phone call from the city in the first place…For years our church was serving the community, but were we loving our neighbors?”
A dilapidated house or an unkempt yard are easily recognizable signs of a family in crisis. But, not all needs are revealed from the curb. Needs are revealed as neighbors are known. Since neighboring is not a program and neighbors aren’t projects, the focus on neighboring is more of a spiritual discipline than a ministry initiative. Neighboring is moving life from the backyard to the front yard. It’s taking time for a neighbor when they are outside. The heart of neighboring is putting others ahead of oneself.
Neighboring requires no special talent. Anyone can be a neighbor. Neighboring does require a shift in thinking for pastoral leadership. Emphasis is given on scattering equal to the emphasis on gathering. This is not to discount the value of gathering, but to balance receiving and giving.

Neighboring almost seems to harken back to years gone by when neighbors knew everyone and helped each other. It was the norm. Today, the norm is cellphones, garage door openers, and quiet streets in neighborhoods. Neighboring requires intentional effort.
The practices of neighboring are simple, yet significant. They can be summoned up in four words: Stay, Pray, Play, and Say. Stay means being available to get to know one’s neighbors. It’s stopping to talk to a neighbor instead of hitting the garage door button. Maybe it means sitting on the front porch instead of the back porch. Pray means praying for neighbors. Praying for both neighbors who are known and those who are unknown. Praying for opportunities to connect and serve. Play is offering hospitality to neighbors from dinner invitations to backyard barbecues to small scale events. The fourth word is say. When the opportunity arises, Christian neighbors are prepared to share Christ with their fellow neighbors. This isn’t the completion of the “project.” This is the start of a new journey.

As with any focus, leaders go first. Pastors and church staff can prepare to lead neighboring in their churches by starting to neighbor themselves. Resources such as The Neighboring Church by Rick Rusaw and Brian Mavis, and Becoming a Neighboring Church, a six session study by the LifeBridge team with its companion video are a couple of ways to get ideas on leading a community-wide movement in neighboring. Other resources include The Art of Neighboring by Jay Pathak and Dave Runyon, Neighborhood Initiative and the Love of God by Lynn Cory, and Neighborhood Mapping by Dr. John Fuder among others.
Once pastors and staff have some experience with neighboring, the entire church can be engaged with The Neighboring Life study and companion video used as a church-wide campaign, group study, or individual study. These resources are available at TheNeighboringLife.com.

Ever since his wife’s death, 80-year-old Jacob called his neighbor, Mary Alice, regularly. Somehow Mary Alice had broken the ice with this self-proclaimed “crotchety old Jewish man who doesn’t make friends easily.” The two were quite a pair in the neighborhood: a mom of two teenagers chatting the ear off the grumpy old man.
When Jacob’s number came up on caller ID, she answered it, but on this evening, when she picked up the phone Jacob wasn’t talking but she could hear difficulty in his breathing. Rushing over to his house, she found Jacob at the bottom of the stairs and quickly called 911. The paramedic in the ambulance, the emergency room receptionist, the technicians drawing blood, and the doctor all asked her, “Are you his daughter?”
“No, I am just his neighbor” she answered every time, as she kept Jacob calm and answered their questions about his past medical history. As Mary Alice left the emergency room after Jacob was fully stabilized, the doctor asked her with a smile, “Will you be MY neighbor?”

Neighboring requires no special talent. There are no scripts or methods to follow. The heart of neighboring is taking an interest in one’s neighbors. Pastors can start their own neighboring movements by encouraging their members to take a few minutes to talk to their neighbors when they see them outside. This might be an introduction to a new neighbor or a bit of an apology for living next door for so long and having never met. This shouldn’t be embarrassing. It should be a start.
As churches embrace neighboring, any step toward a neighbor: a conversation, a meal, a prayer, or an act of service should be celebrated. What pastors tell stories about will cast vision to their congregations.
If pastors are ready to get serious about neighboring, then some tough questions must be answered – How can you be the best church for your community rather than just the best church in your community? What if you got better at the two things Jesus said mattered the most – loving God and loving your neighbor? How can the church put equal energy into scattering into the community as they do gathering for weekend worship services?
If your members move out of their neighborhoods, would they be missed?