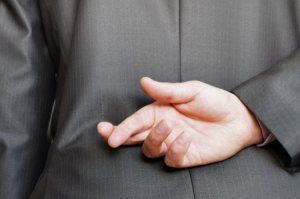 In leading small groups and tracking trends over the last 25 years, I’ve done all kinds of things to recruit leaders and get people connected into groups. Some of those things, I had to apologize for. Others, I simply avoided from the start. While this post is not meant to cast aspersions on other well-meaning practitioners, it might be time to slow down and rethink some of the things we’ve been doing.

1. Telling People, “Your small group will be your new best friends.”

Sometimes in our zeal of connecting people into community, we overreach and make unrealistic promises about small groups. Let’s face it, we’ve all been in small groups. Some of those groups rocked. Some of those groups don’t rock. The more random the method in forming small groups, the less likely people will become friends, let alone, close friends. I’ve actually had to apologize for this one.
Maybe a better way to say this is that prospective group members will meet some friendly people in groups. That’s a safer bet. But, you can even go one better.
Encourage people to form a group with the friends they already have. This way they are doing something intentional about their spiritual growth and getting together with their friends. This is much better than forsaking their current friends for a group of possible future friends. After all, why reconnect people who are already connected?
Now there may be some new folks in your church who honestly don’t know anyone. People who have just moved into the community or are new to your church might not get invited into a group. These tend to be the exceptions and not the rule. Make allowances for these exceptions, but don’t oversell groups in the process.

2. Recruiting Leaders by saying, “Hosting a group is simple.”

Fourteen years ago, we were introduced to a new strategy to recruit hosts instead of leaders. The idea was that if people would open their home, provide some refreshments, and push play, then they can very easily host a group.
Then, we ran into an issue — everybody is normal until you get to know them (Thanks, John Ortberg for that line). Once people got into groups and got to know each other, we discovered there were a few problems. These issues went well beyond pouring coffee and pushing play. Now, what do we do?
The issue really comes down to how well the hosts were prepared and what kind of backup you’ve provided. Starting with the first briefing or orientation the new host attends, they need to understand when something comes up, they will have a coach to turn to, and not just a phone number. They will also receive on-going training, and not just jump into the deep end and have fun! Something as simple as sending out a short training video on a regular basis to answer common questions or to direct hosts in where to turn for help makes for suitable backup.
The risk of not offering coaching, training, and help is hosts who end up with a bad experience, no group, and no plans for hosting a group again. These causalities can and should be avoided at all costs. Regardless of the whether the church has dozens, hundreds or thousands of new groups, it’s necessary to effectively support them. Otherwise, you end up with the dilemma of disposable groups.

3. Believing New Leaders can Survive Without a Coach.

One of the biggest factors in the failure of new groups is discouragement. The friends who a new leader invites can’t join the group. Twenty people signed up, but only a few showed up. The enemy beats the new leaders up and convinces them they aren’t good enough to lead. Discouragement is devastating to new leaders.
Most new leaders aren’t going to pick up the phone and seek out encouragement. In fact, if they did, they might feel they were confessing a fault rather than seeking help. But, a coach who checks in on them regularly is far more likely to hear the new leader’s need first and respond. The new leaders will be more open with their coaches, since they have a relationship.
Building a coaching structure is the real work of small group ministry. Regardless of the size of your church, if you follow the principles of Exodus 18, you will have more groups and better leaders. Neglecting new leaders is unwise.

4. Inviting People to Join Groups, then Making Them the Leader.

Years ago I came across a strategy where you put prospective members in a room, went through a series of exercises, then at the end of the evening, groups were formed including a newly designated leader chosen by the group. I’ll be honest. The first time I heard this idea, I put the materials in the bottom drawer of my desk and didn’t look at them again for three years!
While I am a huge advocate of inviting any willing soul to lead a group or to do a study with their friends, I have to admit, this idea of walking in as prospective members and walking out as group leaders makes me uneasy. I understand people need to be challenged to step out of their comfort zone. I’m not sure that putting them on the spot is the best way to do it.
In all of our efforts to recruit leaders and connect people into groups, I believe we need to be careful and not cross a line into questionable practices. There are plenty of strategies which will achieve better results that are more forthright. And, of course, launching new groups without a coach is just a bad idea.
There is huge potential for groups and group leaders in your church. And, I will admit, I am a big fan of anyone who will take risks to make that happen. But, rather than focusing on a short term win, we need to look at the long game. If someone gets burned in a group experience early on, how likely will they try it again? Let’s keep from over-promising and under-delivering in groups. Group life is so amazing, there really is no need for shortcuts.
Now, in today’s post, I may have picked on one of your favorite strategies. You may disagree with me. Let me know by leaving a comment. Let’s talk about it.