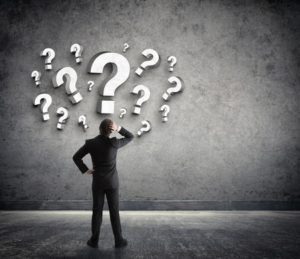 While every small group pastor is unique, most fall into one of four types of small group pastors. Having talked to thousands of pastors over the years, I have found some change their strategies very willingly, while others are very reluctant. Some are ready to take the hill. Others prefer to analyze the approach before they take the hill. Whether your style is ready, fire, aim or ready, aim, fire, the way you are wired reveals a lot about how you lead your groups. While no one fits perfectly into any one category, in general, pastors are closer to one approach over the other three.

Are You the Innovator?

Innovators are quickly attracted to new ideas. In fact, they become easily bored with the strategies they’ve implemented. Often, they will switch to a new strategy before they’ve allowed the current strategy to bear any fruit. They thrive on change.
Innovators are a lot of fun to be around, but since they have an idea a minute, they can quickly overwhelm other people. They tend to change approaches so often that their followers can become fatigued. Eventually, they find that their latest and greatest new ideas are met with an eye roll instead of a drum roll.
If you’re an innovator, you tend to be impulsive. Because you come up with idea after idea, often you can be accused of being flaky. Innovators tend to be great starters, but poor finishers. They need people around them who will keep them focused, allow them to play in the lab, but keep things consistent for those they lead.
If you live on the bleeding edge, you just might be an Innovator.

Are You The Shepherd?

Now, before you get all messianic on this one, let me give you a few insights. The Shepherd’s chief concern is how their decisions will affect people. Often their concern is to the point of not making a move forward at all. They would rather take a pass on a great idea than rock the boat in any way.
Shepherds are highly relational. Often a shepherd becomes a small group pastor because he or she was a really great small group leader. They are great at managing the relationships they can handle, but there is a threshold for the number of group leaders they can effectively lead.
These folks are very reluctant to change, especially if they perceive a change would adversely affect people in any way. They would prefer to ignore new strategies than embrace them.
Often a shepherd is the victim of the Peter Principle: everyone is promoted to their own level of incompetence. This means the shepherd was an awesome small group leader. They might have even been an amazing small group coach, but when they are put in charge of the whole thing, they keep the number of small groups small and manageable. After all, how could they personally care for 50 or 100 or 1,000 small group leaders?
Shepherds perform best in smaller churches with a couple dozen groups. In larger ministries, they would quickly become overwhelmed and would need to learn leadership in a completely different way. Their focus would need to change from connecting with every group leader personally to being personal with a small group leadership team, who along with their coaches, would care for the group leaders. This is not impossible, but it’s unlikely.

Generals are ready to charge the hill. They’re not quite on the bleeding edge of Innovators, but they are right behind them. Generals don’t need a fully proven and complete strategy to move forward. They just need the marching orders and the green light. They are ready to go.
Generals easily abandon ineffective strategies. If something over a given period of time doesn’t produce the desired results, then that method will quickly be replaced with effective new ideas. Generals are not impulsive like Innovators, but they are impatient with things that don’t move at a steady pace. Sometimes things that are working on a small scale are abandoned before they’ve been given the opportunity to flourish. But, at other times, the General calls the right shot and refuses to waste his or her time and energy on something that is not bearing fruit.
Generals are early adopters of new ideas. When they see a strategy that has potential, they are ready to take action and make it happen. Sometimes in their haste to take the bull by the horns, they run over people and even lose a few in the quest to accomplish the goal. Shepherds are horrified by the temperament of Generals.
Generals need the insights of Innovators. They’re not going to come up with all of the new ideas, but they will execute like nobody’s business. Generals would be wise to hire an Analyst to help with the details. Generals see the big picture, but often jump over several steps to get there. If an Analyst (below) is subject to perfectionism, the General is subject to what I call “Good-enough-ism.” A wise General would also hire a Shepherd to stay in awareness of the emotional condition of the sheep especially during major transitions.

Analysts are, well, analytical. They carefully and deliberatively study a strategy before they make a move. While their due diligence can be admired, they often can become stuck in the paralysis of analysis. This is partly due to need to see the whole picture before they get started, which unfortunately is rarely afforded to pastors trying a new approach. They also tend to be perfectionist, so they do not want to make mistakes. This often causes them to miss opportunities.
Analysts are going to let someone else (or a lot of somebodies) try an idea and then evaluate their results before they serious consider making a change. They are inspired by Innovators and Generals, but are also frustrated that their emotional make up doesn’t allow them to venture out to the cutting edge of things.
The good news about analysts is they save their ministries and their people from the trial and error that others might recklessly inflict on their people. The other side is their reluctance and often skepticism holds them back from what they could achieve. An Analyst who is coached by an experienced small groups pastor can make great progress with a much lower level of risk.
The Analyst would be a great team member for a General or an Innovator. They could certainly offer balance and consistent follow through to their leader. Analysts work well as the leader in a more traditional environment. A General or an Innovator would blow up a traditional environment. An analyst would be careful to study changes and move only when it’s advantageous within the organization.

Which Type Are You?

No one fits neatly into any one of these categories. In fact, it would be good to consider which type would be your secondary approach. For instance, a General-Innovator will lead much differently than a General-Analyst.
Lead with your strengths. Don’t try to lead like someone else. God wired you the way He intended to. Lead with your strengths, then staff to your weaknesses. If you’re an Innovator, you will always leave out details. Hire an Analyst. If you’re a Shepherd, then either lead a small flock well or work for someone who needs your relational skills to keep things in balance.