Choosing the Right Day to Launch Groups This Fall 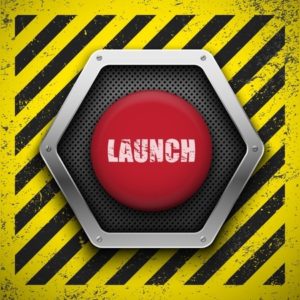 Photo by diddleman on 123rf.com

While most pastors would agree that Fall is the best season of the year to launch groups, there are many variables and opinions about the best time to launch in the Fall. The start date for an Easter launch, for instance, is pretty straight forward. You launch the Sunday after Easter. But, in the Fall, I’ve coached churches who have launched as early as the second week in August and as late as the second week in October (and about every other week in-between). Here are a few thoughts to factor in when you choose your launch date.

Two dates you need to consider are slightly different in every church. First, when is everyone back in church after Summer? For some churches this is when school starts. For other churches, this is after Labor Day. When are your people back in church. While most senior pastors will want to start a new series when everyone is back in church, the dilemma small group pastors face is when to recruit leaders. If you are depending on your senior pastor to fulfill the role of small group champion and invite people to lead groups, then you really want to wait until everybody is back in church before you start recruiting. You want as many leaders as you can get, right?
If the senior pastor can be persuaded to start the series three weeks after everyone is back from Summer, then you will have the best opportunity to recruit leaders. Then, of course, Dr. Tony Evans preached an amazing sermon on community a couple of years ago on Labor Day weekend and recruited 260 potential leaders. While we can make recommendations to senior pastors, it’s not our place to dictate to them. Follow your pastor’s lead after you’ve had a chance to build your case.

The Second Date to Consider

At the risk of sounding like I’m talking out of both sides of my mouth, the second date to factor in is when your church members calendars start to fill up. Some of the churches I’ve worked with launched early because they knew once school started, the families’ calendars would fill up very quickly. If they couldn’t get a night of the week scheduled for a small group while other activities were being scheduled, there was a strong possibility there wouldn’t be space left for a small group. In these situations, the timing of recruiting the maximum number of new group leaders had to be weighed against the window of getting a group on a family’s calendar. After all, if you have a surplus of new group leaders, yet a deficit of new group members, we’ve defeated the purpose.

While you want to promote the series well in advance, you only want to recruit new group leaders for three weeks. Let’s face it, if you recruited for three months, everyone would sign up in the last three weeks anyway. Don’t wear yourself and your team out with months of sign ups.
But, three weeks of recruiting group leaders is significant. The average person attends church 1.6 times per month. If you only recruit for one week, then you effectively miss more than half of your congregation. By recruiting for three weeks in a row, you have a much better chance of engaging more people to lead. But, that’s not the only reason to recruit for three weeks.
Many people can’t make a decision to lead a group when they are asked the first time. You’ve caught them flat footed. They need to think about it, talk to their spouse, or just warm up to the idea. Lorraine who cuts my hair put it this week, “The first time the pastor asked, I said ‘No way.’ Then, the next Sunday when he asked, I thought, ‘Maybe.” Then, when the pastor asked a third time, I turned to my husband and said, ‘That’s it, Rich. We’re doing it!'” And, that group is still going.
By recruiting for three weeks in a row, you are inviting more of your congregation, and you are giving people time to decide. More than three weeks is too much. Less than three weeks will handicap your reach. Three weeks is it.

Regardless of when you launch your groups this Fall, you want them to finish by Thanksgiving. Whether they are in a six-week study or a 12-week semester, you will do your groups a favor by ending the study before Thanksgiving. If your church is in Canada, I recommend launching groups after Canadian Thanksgiving, but finishing by the end of November.
People are so busy during the Christmas holidays, which really starts at Thanksgiving and continues through New Years Day. This is a great time to focus on group life rather than group meetings. Encourage your groups to serve together, celebrate together, or just take a break. Then, they will be ready for a new study in the new year.
An effective group launch is not complicated, but timing is everything. Every church will not do this exactly the same way. Consider these factors and choose the right launch day for your church.
Let me know what you decide or any questions you have in the comments.
If you’re still planning your Fall launch, learn from my 14 years of group launches with Leading an Exponential Group Launch.