Fear and Trembling on Day 41 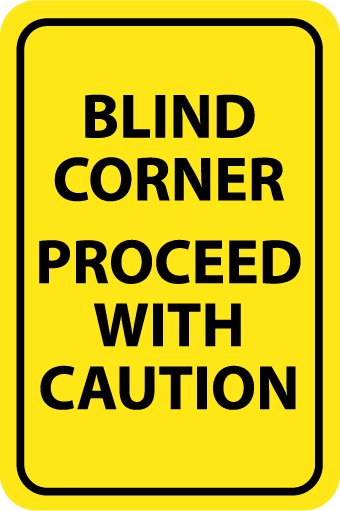 Several years ago a small group pastor joined our coaching program. He had gone from having no small groups in his church to actually launching 233 groups for a 40 day church-wide campaign. At the end of the campaign, when it was all said and done, he ended up with three groups. What a heartbreak!
Over the years, in the laboratory of hundreds of churches across the country, we’ve learned a few things about keeping the momentum going and helping to sustain groups for the long haul.
1.       Groups Need a Next Step.
Most new groups do not have an opinion of what they want to study next. How many times has a new group leader presented a selection of curriculum to the group only to hear, “They all look good. Why don’t you pick one.” Happens almost every time.
Of course, the other issue here is the fact you invited folks to join a group for six weeks and not for the rest of their lives. For some strange reason, once the six weeks ends, they feel like their commitment is up – because it is.
We launched groups at our church in California for the first time in the Spring. Our fear wasn’t just Day 41, but also days 42-96. It was a high hurdle over the summer. We gathered the new leaders mid-way through the Spring study and invited them to join our next series which began on the second Sunday of October. Then, we held our breath. It’s a long stretch from mid-May to mid-October. October held a big surprise.
When we gathered groups in the Fall to give them a sneak peek at the Fall curriculum, 80 percent of the groups who started in the Spring were right there to join the Fall study. You could have knocked me over with a feather. By giving the groups a next step, even a huge step over four months, is key to helping groups sustain. If I hadn’t experienced this first hand, honestly, I wouldn’t have believed it.
Wendy Nolasco, Small Group Pastor at New Life Center, Bakersfield, California, found a similar result. After successfully launching 100 groups in the Spring, they gave their groups a heads up on their Fall campaign and then said a prayer. This Fall 75 of those groups are continuing into the next step Pastor Wendy gave them.
If you are in a Fall or New Year’s campaign, the next step is not quite so daunting. They don’t need to wait three months for another study. They can start a new study the following week. Once a group does two back to back six week studies, usually they are good to continue from that point forward.
2.       Give Your New Groups One Specific Next Step
If you send your new group leaders to the internet or the local bookstore, they will get lost in the plethora of selections. In fact, it will take them so long to make a decision, more than likely the group will falter before they can choose their next step.
If you started the group with a video-based curriculum, then the next step should involve a video as well. Again, if you invited folks to form groups with the idea that they didn’t have to be a Bible scholar, because the expert was on the video, they will need that strategy again. Whether the next series aligns with the Sunday sermons or not, a specific next step will take them past Day 41 and into a longer group life.
Now, you may ask, “How long can groups continue with video-based curriculum?”
Carl George put it this way, “As long as there are DVDs.”
3.       A New Study is a Great Time to Recruit New People to Your Group.
The beginning of a study is a natural time to invite new members into a group. The group could host an open house or a barbecue to invite some friends and neighbors who might be interested in joining the group. Everyone likes to start on the ground floor. A new study certainly provides that opportunity.
4.      If the Host Can’t Continue…
Well, you could go the guilt route: “If you love Jesus and want to go to Heaven…” But, I wouldn’t recommend that.
If the hosts legitimately cannot continue, they are probably not considering other possibilities for the group to continue. they think if they can’t go on, then the group can’t either. But, that’s not necessarily true.
When a host informs you around Day 24 of your current campaign that they won’t be able to continue with the group, have their coach begin to investigate whether another member of the group would like to step up and host the group. If the group has been rotating leadership during the study, someone may very easily take over leadership of the group so the group can continue.
Oh, and how do you get your hosts to state their intentions around Day 24 or so? You ask them. I’ve used both a mid-campaign survey as well as a mid-campaign host huddle to determine who is interested in continuing and who isn’t. Before I walk into the huddle meeting, I like to know what to expect. Often I will send the mid-campaign survey first. It serves as what John Maxwell calls the “meeting before the meeting.” Then, when you walk into the room, you know who plans to continue and who needs to be given some options for their group to continue.
All in all, Day 41 is just the beginning of group life. With the right encouragement and next steps, groups who started to only complete a six week study, can find themselves enjoying quality group life for many studies to come.