How Can I Encourage My Group Members to Open Up? 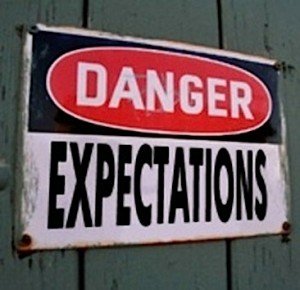 By Allen White
Most leaders realize group life extends beyond well prepared and executed group meetings. While Bible study is an important aspect of a group, if everyone leaves thinking, “Boy, that was good. See you next week” without sharing what’s going on in their lives, something is definitely missing. Here’s how to help your group open up:

1.       Set the Right Expectations.
When your group members joined the group, what were they expecting? Were they looking for a 60 minute inductive Bible study followed by brownies and coffee as thanks for surviving it? Were they looking for a free-flowing discussion of everything that popped into their heads? Did they know what to expect?
Managing expectations is crucial for a successful group. Rather than dictate what the group will be or won’t be, it’s best to start by discussing what kind of group the members actually want. A simple exercise like having everyone write their top three group expectations on a card, then tabulating the results will go a long way in getting buy-in from the group.
If the group skews toward Bible study, then gradually implement some aspects of care. Start with something simple like asking for prayer requests and closing the meeting with prayer. As the group continues to meet, begin to focus more on application questions rather than Bible exploration questions. Don’t get me wrong. The discussion should be based on God’s Word. But, you want to aim for where the rubber meets the road, not where the rubber meets the air.
2.       Set the Example.
“Speed of the leader, speed of the team” is a common axiom from Bill Hybels, founding pastor of Willow Creek Community Church. The leader sets the pace. If you are open with your life, then others will be open with theirs. If you hold back, so will they.
A couple of years ago someone gave me an older car. It’s not perfect, but it’s transportation and a gift at that. One night I became frustrated with the dashboard lights. About a third of the lights wouldn’t work. Out of my arsenal of mechanical expertise, I pounded my fist of the dash. The change was both immediate and dramatic – I now had no dashboard lights.
Driving in the summer or during the day wasn’t a problem. But, anytime I had to drive early in the morning or at night, I had absolutely no idea how fast I was driving. I was embarrassed by my “repair.” While I confessed the problem to my wife, I never mentioned it to anyone else.
But, one day a circle of folks in the office were discussing their cars’ various ailments. I chose that moment in the safe circle of used car owners to confess my dashboard issue. A woman turned to me and said, “My husband has the same problem with his car. He uses his GPS to check his speed.” What a brilliant idea. I had a GPS. I no longer needed to fly blind at night.
I had dreaded the conversation with the first officer who ever pulled me over. “Sir, do you know how fast you were going?”
“No, officer. My dashboard lights aren’t working.” Somehow I imagined only a scenario with multiple traffic tickets involved. Now, I had the knowledge to detect my own speed and avoid a traffic violation.
I never would have learned that workaround if I had never admitted my problem. As Rick Warren says, “Revealing the feeling is the beginning of healing.” And, it has to start with the leader.
I shared this story when I spoke at a church a few months back. The next week, the Executive Pastor called to say that my message already was making an impact. A man confessed to his men’s group that his marriage was on the brink of divorce. He and his wife were separated, and he didn’t know what to do. Rather than judge this guy for his situation, his group members rallied around him to support him and his wife through their struggle. My illustration of automotive failure helped him open up about his marital failure.
Group leaders are no better than the group members they lead. You must be careful the leader title doesn’t block the way for your own vulnerability. If you’re group isn’t opening up, you need to check your own transparency in the group. Your honesty will encourage theirs.
3.       Set the Meeting Agenda.
To balance the need for open sharing in the group and the need to meet group expectations, the group agreement is the ideal place to start. If you’ve never created a group agreement, you should soon (Read more here).
The ground rules for your group could include an option where the group can help a member process a life situation. Some issues involve more than a casual mention during prayer request time at the end. If a group member has faced a devastating turn of events like a job loss, marital blow up, issues with children or other bad news, the group should allow space to even put the Bible study aside and support their friend in need.
But, you don’t want your group to turn into the “crisis of the week.” While every group should offer support, there is a difference between a small group built on relationships formed around a Bible study and a true support group. If a group member needs dedicated support for marital problems, grief or a life controlling issue, then a specific support group may offer better help (Read more here).
There is no perfect way to organize every small group meeting. Your group can’t offer only Bible study at the expense of care. But, your group also can’t avoid Bible study and only focus on care. As Andy Stanley says, “This is a tension to be managed rather than a problem to be solved.”
If during the discussion, you notice a group member getting teary or tender, stop and ask if they want to talk about it. They might or might not. The last impression you want to leave is that the meeting agenda is more important than the group members in the meeting.