How to Get Your Senior Pastor Engaged with Groups 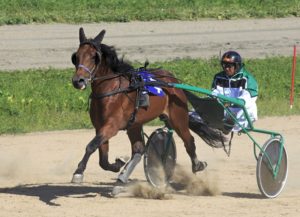 A major factor in a successful group launch is the leadership of the senior pastor. As the leader of the congregation, when the senior pastor points the direction, the members will follow. In the two churches I served, we reached over 125 percent of our average adult attendance with our senior pastor leading the way at New Life in Califonia. In the other church, Brookwood Church in South Carolina, we launched 400 new groups with the pastor’s leadership (We had 30 percent of 5,000 people in groups to start). I have not personally recruited a group leader since 2004. But, how do you get your senior pastor more interested in groups?

Align Groups with Where Your Pastor is Going

Many small group pastors are frustrated with their senior pastors. Maybe you are one of them. I’ve heard complaints like, “I just can’t get my pastor on board with groups.” After serving as an Associate Pastor for most of my 28 years in ministry, let me give you a little insight here – It’s your pastor’s boat. That’s the boat you need to get on. Now, where is that boat headed?
What is your senior pastor talking about? Where is your pastor’s heart? Whether it’s outreach and evangelism, a capital campaign, or something else, when you align groups with where your pastor is going, you will make far more progress than complaining about your pastor not going where you want him/her to go.
After being stuck at 30 percent at New Life after seven years of handpicking leaders, I finally got a clue and listened to where my pastor was headed. Back in 2004, he was excited about The Passion of the Christ. He had already planned a sermon series, because he knew people would have spiritual questions after they watched the movie. When I asked him about launching groups along with The Passion series, he gave an enthusiastic “Yes!” Your best ideas are your pastor’s ideas. Hitch your wagon to that horse.

Your congregation wants to hear your pastor’s teaching more than any other teacher, even nationally known pastors. When you offer a study based on your pastor’s teaching, your people will become very enthusiastic about it. But, this gets even better.
Not only will your pastor show interest in seeing his weekend teaching go into the week through a small group curriculum, once your pastor has created the videos, he/she will become very interested in recruiting new group leaders and starting new groups.
This was the case at Bay Hope Church in Florida. After a day of shooting video for the church’s upcoming alignment series, the next morning the pastor pulled us into his office. “Now that we’ve shot this video and are creating curriculum, how are we going to get leaders for the groups? How are we going to get people into groups?”
Their Discipleship Pastor came to me later in the day and said, “I’ve been trying to get my pastor interested in groups for two years, and you just did it!” It was practically an accusation.
I just smiled and said, “Well, I’m Allen White.” No, I did not. Once their pastor had made an investment in developing curriculum, he was very interested in seeing people use it. When we handed him talking points each week, he recruited leaders like never before. After three similar campaigns in a single ministry year, the church had over 2,000 people in groups and yet only 1,800 people in their weekend services.
Six 10 minute videos for a six week series will do a lot to motivate both your pastor and your congregation into forming groups. You can do this with a professional crew, a wedding videographer, or an iPhone. Your pastor’s teaching is the draw.

What keeps your pastor up at night? What does he/she worry about? A lot of pastors are concerned over reaching their communities, fundraising and general giving, getting people connected, helping them grow in their faith, serving in the community among other things.
How can groups help your pastor reach these objectives? Research shows that people in groups are better connected, grow more, serve more, give more, and reach more than people who are not in groups.* Who wouldn’t want that for their church?
What are your pastor’s greatest concerns? How can groups serve to address those issues?

President Ronald Reagan had a quote displayed on his desk that read, “There is no limit to what a man can do or where he can go if he doesn’t mind who gets the credit.” I think this is a good motto for any pastor who works for a senior pastor. How can you help your senior pastor win? And, of course, if your pastor wins, then you also win.
*Transformational Groups by Ed Stetzer and Eric Geiger (B&H, 2014) and Sharing the Journey by Robert Wuthnow (The Free Press, 1994).