Part 1 of 2: Pros and Cons of Summer Strategies 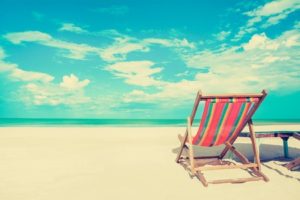 Summer is a tricky season for groups, but it can also be an awesome season for groups. In North America, public school has conditioned us over the last 100 years or so to take a break during the Summer. Once the days get longer and the temperatures rise, participation tends to decline. But, let’s not throw away the Summer just yet. Most people take a couple weeks of vacation, but few people have the luxury of taking the entire Summer off. Here are some pros and cons of Summer group strategies.

I started a men’s group 10 years ago that meets year-round. The guys get together every Wednesday for lunch at a restaurant and use a sermon discussion guide from the previous Sunday. Attendance is up and down, but in the fluctuations of Summer schedules, most of the guys work most Wednesdays and eat lunch as well.
For neighborhood groups and other groups that meet in the evenings the Summer schedule can be a little more challenging. With longer days and more outdoor activities, group studies can easily go by the wayside.
The pros of Summer Studies can be meaningful. The group is available when the members can attend. Even if everyone is not there every week, the group meeting is available when they are. As I mentioned before, few people are gone for the entire Summer. In fact, sometimes attendance is more consistent to the group than on the weekend when people might take mini-vacations. In the ups and downs of Summer, the group could be the stabilizing factor.
The group continues getting together for care, support, study, and accountability all year. That the group meetings don’t take a backseat during the Summer schedule. This made sense for my men’s group. You make a good point about areas with year-round school. This was the case in some of the schools in California when we lived there. Even though school might be in session June, July, and August, however, there is still the pull of Summer is disrupt the normal pattern of the group.
On the other side of things, Summer Studies can become rather disjointed. As with any time of the year, if people miss one or two lessons in a study guide, they can usually pick up and continue on with the group. If they miss too many, however, they might feel they can’t catch up and thus skip the rest of the study.
An alternative would be for groups to choose a six-week study, then decide which six weeks they can meet over the Summer months. They probably won’t select six weeks in a row, but they can put their calendars together before Summer starts to see when most of the group is available. This works for some groups.
Each group must decide if regular Summer meetings will serve their group or if it will decrease momentum for the Fall launch. The ebb and flow of the calendar is not necessarily a bad thing.

A few churches have done Summer campaigns. A church-wide campaign or alignment means the weekend message is tied to the sermon series. They hear the message on the weekend from the pastor, then they discuss the same topic in their group in the following week. Campaigns or alignments are usually great catalysts in starting new groups, recruiting new leaders, and connecting people into groups.
On the plus side of things, a Summer campaign would offer people in your church another onramp to groups. They don’t have to wait for a Fall campaign or group launch. They can join a group now while they are still interested.
There is, however, a considerable downside to a Summer campaign or alignment. For one, the senior pastor is usually the motivator in recruiting new leaders, forming new groups, and preaching the sermons to go with the campaign. In launching groups through a campaign, I highly recommended the giving the role of Chief Recruiter and Spokesperson to the Senior Pastor. While other staff pastors could preach the series, recruit leaders, and form groups, most associate pastors will only get 30 percent the result that the senior pastor would by saying the same words. (I know this from experience. After I saw the impact of my senior pastor recruiting leaders and promoting groups, I stopped recruiting in 2004 and haven’t recruited one person since.) Often senior pastors take a study break or sabbatical during the Summer months. If the senior pastor is unavailable, then a church will not gain much from a Summer launch.
The other issue with a big Summer groups push is that it takes away momentum from the Fall launch. Fall, by far, is the largest group launch season of the year followed by the New Year and then Easter. A few years ago I coached a small group pastor who insisted they promote Summer groups. I was very reluctant for the reasons stated above and as much as I advised him not to take that path, he felt it was the way for his church to go. I supported him in the launch. The end result was what I feared. The Summer launch was mediocre, and the Fall launch suffered as a result of sapped momentum. I should have insisted that he wait.
Personally, I don’t think a Summer campaign or alignment is the right timing, but there are churches with Summer semesters who would disagree with me. Again, the trade off is gaining a little during the Summer to potentially lose a lot in the Fall.

While some groups are willing to take on a study during the Summer, other groups will turn from group meetings to group life over the Summer months. These groups will have barbecues together and other activities just to hang out and stay connected over the Summer. Many churches encourage their groups to meet together at least once per month socially over the Summer months, then get ready to dive into another study in the Fall.
The tension lies in the fact that some churches equate Bible study with discipleship. Personally, I believe discipleship is more holistic and that our spiritual growth is influenced by the Bible, other people, our attitudes and actions, our feelings, our circumstances, our backgrounds, and many other inputs. (There is a book brewing in my head). All of that to say, I believe there is much more to discipleship than Bible study.  Some pastors hold that the absence of group meetings and Bible study indicates the absence of discipleship. Group life without meetings contains many opportunities for discipleship as group members encourage each other to live out God’s Word in practical ways. While the group may not be participating in a formal Bible study, they are involved in care, support, and accountability in the practical outworking of biblical principles in the lives of each group member.
The upside of this strategy is that taking a break from group meetings and studies over the Summer gives group members an opportunity to live out what they’ve learned the other nine months of the year. It also provides a necessary break from the regular meeting pattern between September and May. Groups will be ready to hit another study hard in the Fall, if they’ve taken a break over the Summer.
Groups socials are also a great opportunity to invite prospective group members. The prospects can get to know the group in a casual setting before they decide to join the group in on-going meetings.
Of course, the downside of cancelling meetings is that the focus on discipleship through learning is limited to about 30 weeks of the year (September to November, then January to May). Some will argue that we are disciples 52 weeks of the year, so why do we only focus on growth for roughly two-thirds of the year. The counter to this is discipleship is not just produced through studies, but also in life’s interactions, praying for group member’s needs, and living out what they’ve learned.
Continue to Part 2.
This article originally appeared on smallgroups.com.