>Persecuted for Being a Jerk

>Blessed are you when people insult you, persecute you and falsely say all kinds of evil against you because of me. Matthew 5:11


I knew a woman years ago who was a chronic complainer. She didn’t feel like anything in her life ever went right. Even her tone of voice betrayed this attitude. 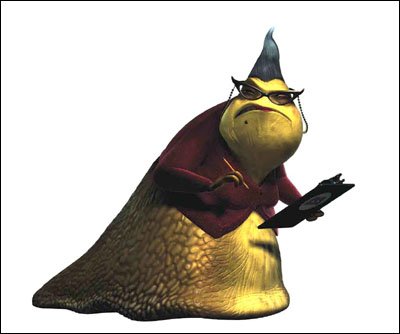 If you’ve ever watched the movie Monsters, Inc. (you’ve either never seen it or you’ve seen it 5,000 times), there is a character named Roz, who was the clerk of the company. She would say in a drowl tone, “You didn’t turn in your paperwork.” This chronic complainer that I’m talking about sounded just like Roz. For the sake of this devotional, we’ll call her “Roz.” I wouldn’t want to give her something else to complain about.


Roz complained about her kids, her church, her life, her health and her job (substitute teacher) – things were going nowhere good. She didn’t seem to ever have a good day.


One day in a class at church, she launched into complaining about the school district and how they were against her because she was a Christian. They didn’t call her to sub as much as she would like. They treated her poorly. They acted like they didn’t even like her. She felt that she was being persecuted because of Christ. She asked if the class would please pray for the spiritual battle she was facing.


Then, someone in the class suggested that maybe she was being “persecuted” for being a jerk. The amazing thing was that she took those words to heart and immediately changed her ways. She saw herself as the source of many of her problems and accepted responsibility for her actions. Roz suddenly became a delight to be around. People couldn’t get enough of her. Okay, that didn’t happen.


So now, she was being “persecuted” by her own church. Roz eventually left the church and joined another church where she could celebrate her glass being half-full with other persecuted jerks.


Who are you? Is there spiritual warfare happening around you because of Christ (Ephesians 6:12)? Or are you in a tough spot because your actions and attitudes have created a tough spot? I must admit that I have been Roz more than I’ve been like Christ.


The blessing doesn’t come from receiving the consequences that we deserve. Blessing comes from belonging to Christ.