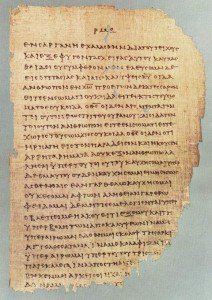 A Biblical Basis for Small Groups

Scripture speaks of all growth and ministry in the context of relationship. Very few people in the Bible are lone rangers. Moses had Aaron and Hur. While Joseph was rejected by his original small group, his brothers, he was adopted into other groups: the Egyptian royal family, fellow prisoners, the royal family again, then his brothers again. Ok, not the perfect scenario, but one with a purpose. Groups are present throughout Scripture.
God exists in community as Father, Son and Holy Spirit.[i] While the Trinity is certainly a mystery, God is definitely One and clearly Three. Whether he’s like an egg, a tricycle or an ice cube, we’ll let the theologians decide. It’s not even a question of whether God could exist only as One and not Three. Scripture reveals God is Three in One. Either by necessity or example, this is Who God is.
God created man in His image and, while all of God’s creation was deemed “good,”[ii] the one thing that was “not good” was man living in isolation.[iii] The relationship between man and woman, however, was blessed by God.[iv] The ideal for biblically functioning community then, is individuals in relationship with each other and in relationship with God. The family was the first small group.
The fulfillment of God’s purposes of redemption and reconciliation both in the Old and New Covenants involves a “chosen” people: the people of Israel,[v] the disciples,[vi] and the Church.[vii] While over the centuries revivalists have emphasized the need for a personal relationship with God, this was to overcome the idea that salvation was mediated through the church rather than through Christ Himself. A believer’s relationship with God is personal, but it’s not private.
A friend  of mine was sitting on a plane next to a woman as she was grading papers about the Old Testament. He asked, “Do you teach Old Testament?”
She replied, “Well, some people call it that.” She was Jewish.
My friend explained he was a Christian pastor and was just curious.
The woman said, “Can I ask you a question?” He consented. “Why do you Christians have to be saved? Jews are God’s People. We didn’t have to do anything to be that. Your Bible says Christians are grafted in, so why all of this worry over being saved?”
Obviously, this woman didn’t completely grasp the idea that Christians are made and not born that way, but she did have an interesting observation. At times believers overemphasize our need for acceptance and underemphasize the fact that we belong. There is a key decision to be made in order to become “grafted in,” but once we’re there, our focus should be in the context of belonging to God’s People rather than determining how hard we should work to please God.
God, Who lives in community, created a marriage, which produced a family, which through a lot of ups and downs eventually created a People. When the People strayed, God sent His Son to reconciled all people to Himself through salvation and to create a new People called the Church.
The best example of this type of community is found in the small group. The Bible tells us the church met in temple courts and house to house[viii]. The church met in a large public setting, which they did not own, and they met in houses, which they did own.
The early church followed this spiritual growth plan:
They devoted themselves to the apostles’ teaching and to fellowship, to the breaking of bread and to prayer. Everyone was filled with awe at the many wonders and signs performed by the apostles. All the believers were together and had everything in common. They sold property and possessions to give to anyone who had need. Every day they continued to meet together in the temple courts. They broke bread in their homes and ate together with glad and sincere hearts, praising God and enjoying the favor of all the people. And the Lord added to their number daily those who were being saved.[ix]
Some people have touted this passage as the epitome of the church. These verses reflect the ultimate of what every church should strive for. Yet, look at the context. These weren’t platitudes, but practices. These are statements of actions, not goals and objectives. Then, there’s the timing — this wasn’t the church after several hundred years. This was the church on the First Day!
Why have we made this so complicated?
[i] Matthew 28:19
[ii] Genesis 1:4-31
[iii] Genesis 2:18
[iv] Genesis 1:28
[v] Deuteronomy 7:6
[vi] John 6:70
[vii] Colossians 3:12; 1 Peter 2:9
[viii] Acts 5:42
[ix] Acts 2:42-47 Holy Bible, New International Version®, NIV® Copyright © 1973, 1978, 1984, 2011 by Biblica, Inc.® Used by permission. All rights reserved worldwide.