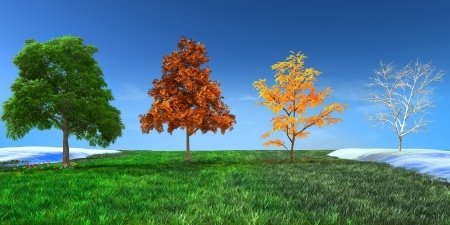 When you think about all of the work that goes into a small group launch, you certainly want to choose the best season to launch groups. You certainly don’t want to do all of that work and get a poor result. After working with over 1,500 churches over nearly 20 years, three seasons have stood out as the most effective times to launch groups. While there is some variation for different geographic regions and for individual churches, these are the best practices for most churches.

The Best Time to Launch Groups

The fall launch is the biggest by far. Since many church calendars are influenced by the traditional public school calendar, the fall is when everything starts up again. But, keep in mind that not only do you need the most strategic time to launch groups, you also need to consider the best time to recruit leaders and connect people into groups.

Launch your series with the intention of the study ending by Thanksgiving in the U.S. (If you’re in Canada, launch your series after Thanksgiving, but end well before Christmas). Most groups will not meet in December for regular group meetings, but they could have a Christmas party or serve together.

The new year is the second strongest time to launch small groups. Again, it’s a time of beginnings and New Year’s resolutions. But, there is a problem with launching in the new year.

Most pastors want to do a “State of the Church” sermon in early January to cast vision for the coming year (Remember, 20/20 vision?), then they want to launch right into a series. The issue is when do you recruit leaders and when do you connect people into groups? Many have tried and failed to do this during the Christmas season. People simply don’t think about the new year until they are in the new year.

The best way to launch groups in the new year is to use the month of January to recruit new leaders and connect people into groups, then run the study between the Christian holidays of Super Bowl Sunday and Easter. Some groups will even start with a Super Bowl party so everyone can get to know each other, then start the study the following week.

The Third Season to Launch Groups

Number three on our list is after Easter. Launching a series after Easter serves several purposes – you can connect your Easter crowd and get them to come back the following week. Usually if a small group study is connected with the sermon, people will attend more regularly, including the Sunday after Easter. See below for other articles about launch groups during the pandemic.

The drawback of the Easter launch is June, July, and August. Typically, groups don’t meet during the summer. Summer is a great time to focus on group life and not as much on group meetings. Remember, your people have been conditioned by the public school calendar. But, why would you start new groups just to watch them get lost in the summer? There are some ways to make this work.

Other Times to Launch Groups

What other events are on your church calendar? If there’s a guest speaker for a weekend service or special event, then start groups with the speaker’s book or study. If your church hosts conferences, start groups off of the conference. After all, without a next step, conferences can sometimes cause more harm than good.

What About People Who Need a Group ASAP?

Don’t feel obligated to offer a group every week of the year. It’s awkward to join a group in the middle of a study or a semester. People wait for open enrollment for many other things. They can also wait to join a group. Now, to speak out of the other side of my mouth…

As a pastor you hate to turn anyone down when they need something. (I feel that). This is where your Sunday school classes, Bible studies, or other on-campus groups can play a role. People can join at any point, then when the next small group launch rolls around, they can join a group. If you don’t have any of these meetings, then keep a short list of small groups who do a great job of including new members.

You will notice and ebb and flow of group launches in this article. You push hard for groups in the fall, then back off during Christmas. You push hard again in January, then again after Easter, then back off in the summer. This pattern helps to build a stronger fall launch and a less complicated new year’s launch.

But, some of your people are hard core group meeting folks. That’s okay. The last men’s group I led met 52 weeks of the year at lunch every Wednesday. When it comes to the group meetings and group life balance, let groups decide what’s right for themselves.

Articles About Launching Groups in the Pandemic

What Type of Online Group is Right for You?

The Benefits of Online Small Groups

When Should Churches Reopen?