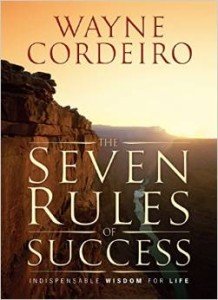 Back in the Spring of this year, I had the privilege of executive producing The Daniel Plan small group curriculum for Rick Warren and

Saddleback Church. It was an amazing production. We shot outside at the Rancho Capistrano conference center despite, literally, planes, trains (Metrolink), and automobiles (the 5). At times we ran four sets simultaneously to capture the stories of normal people and their Daniel Plan success stories. We also had celebrity chefs and fitness experts, not to mention Rick Warren, Dr. Mark Hyman, and Dr. Daniel Amen among other experts. Then, my experience changed.

Up to that point, I thought the Daniel Plan was ok. We shopped some at Whole Foods, but the thought of a steady diet of kale did not appeal to me. Blueberries are also a super food. I’ll just stick with them. But, somebody posted a picture of me doing an interview and posted it to Twitter. To my horror I realized, I was the fat man at the Daniel Plan shoot!

A few weeks later while sitting in the Knoxville airport, breaking news reported actor James Gandolfini died of a sudden heartattack. Granted, he was never the picture of health, but the reporter went on to say James was 51 years old and had a one year old child. Larry King went on about how much the actor loved to eat. I thought, “I’m almost 49 and my wife is pregnant with our fourth child. I don’t want to be that guy.”

I came home and posted two pictures on my desk: the fat guy interviewing at the Daniel Plan shoot and James Gandolfini, then I opened up The Daniel Plan to see what I really needed to do. Over the next 13 weeks, I lost 25 pounds by doing this:

1. Starting my day with a quiet time with God.

Most of my eating, especially at night, was emotional. By starting my day with God, I gained a much needed perspective on my day as well as accessing God’s ability to accomplish what needed to be done that day. With my mind and heart steady, I could navigate my day with God’s help and without hitting the fridge at the end of the day.

We cleared out our pantry. No high fructose corn syrup, no MSG, and no trans-fats from that point forward. I learned how to shop and read labels. Yes, the grocery bill went up buying organic and grass fed and free range, but my energy also went way up. We had a new baby, and I didn’t skip a beat, even with interrupted sleep every night.

I used to go to the gym every day — cardio, weights, the whole bit. Now, I walked around my neighborhood for 30 minutes three times per week. And, that’s all. No hot yoga. No deep knee bends. Just a walk and usually a talk with God while I’m doing it.

4. I looked at James Gandolfini and the fat guy at the Daniel Plan shoot every day.

This kept my focus on what was important and why I was doing what I was doing. I never imagined Tony Soprano would have such a profound impact on my life, unless I got on the wrong side of him, I suppose.

My wife and I have done this journey together with our family. Plus I’ve done a lot of the cooking, which she’s been grateful for.

There is much more to tell than what I have time for here. But, I am pleased to report that I am eating more steak (grass fed) and chocolate (73% cacoa) than I ever have of the other variety. There are no weigh ins and no condemnation. But, I’ve experienced plenty of success, which is an incredible motivator.

Check out the Daniel Plan for yourself.