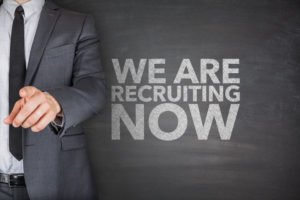 You can’t have groups without leaders. Let’s face it, if you have a bunch of people interested in joining groups, you may or may not have groups. But, if you have a leader, you’ll have a group. Where do the leaders come from? There are several schools of thought on how and who to recruit. There is not a right or wrong for this. The method you choose depends on how many people you have to connect into groups, how quickly you want to connect them, and how big of a risk you are willing to take.

In this method, prospective leaders must meet certain requirements and complete comprehensive training before they lead groups. Some churches will even ask prospective group leaders to co-lead or apprentice with an experienced leader for a certain period of time before they are commissioned to lead their own group.
The benefit of this method is small group pastors/directors feel they know the prospective leaders better before they are invited to lead. Also, the pastors and staff may feel the leader is better prepared by completing comprehensive training prior to leading a group.
In order to recruit leaders, either the small group pastor will need to personally recruit prospective leaders for the training process or take nominations from other group leaders about prospects in their groups. The number of leaders recruited will depend on how many people are recruiting and how well the recruiters know the church members. As the church grows this becomes a more difficult task.
From my experience using this method is very slow going in offering new groups. If your church is large or is rapidly growing, this method will leave you in the weeds very quickly, especially if your church doesn’t offer much else beyond the weekend worship service. I personally handpicked leaders for seven years and ended up with 30 percent of our average adult attendance in groups. The recruits joined a six week training group with the purpose of launching all of the members as small group leaders. Some years we started 10 new groups. One year we started two groups. One year we started zero groups, even though the prospects completed the training. Then, we got stuck and couldn’t grow further.
Fortunately, there were some lessons learned. First, the invitation was to lead a group basically for the rest of their lives. This was too much of a commitment. Secondly, I didn’t know everybody in the church, so there were a lot of great prospects being overlooked because I had never met them. Third, I felt I needed to maintain control over the groups and the leaders to make sure we didn’t have a bunch of problems, which turned out to be our biggest problem. I had become the bottleneck for leadership.
A few positives in this method are certainly worth keeping. Most people do not regard themselves as being any kind of a leader. For the small group pastor, a staff member, or a group leader to say, “I think you have what it takes to lead a group,” is huge in people’s lives. Many people who don’t regard themselves as leaders would make great leaders, they just need someone to call that out of them. Those personal conversations won’t get all of the leaders you need, but they will make a significant impact on the life of the potential leader.
Then, there’s the term “leader.” We should be hesitant to call someone a leader. Whether that means someone must meet the qualifications and fulfill the training requirements before they are designated “leader,” or if they start a group with their friends, no one should be designated as a leader until they’ve proven themselves. In 1 Timothy 5:22, Paul instructs his apprentice, Timothy, “Do not be hasty in the laying on of hands.” No matter how people have entered your leadership pipeline, wait and see how God uses them and gifts them before you give them the title of leader.

After being stuck with 30 percent in groups after seven years of using the first method, my pastor and I decided to do something different. We created our own video-based curriculum, so the group meetings would be easy to prepare and lead. Rather than handpicking leaders, my pastor made a public invitation in the service that went something like this: “We’ve prepared video curriculum materials for you. If you would be interested in opening your home to host a group, then we will help you get the group started.” With that invitation, we doubled our groups in one day. And, I got out of the recruiting business permanently.
Every church must choose their own acceptable level of risk in “lowering the bar.” I don’t even like that term any more. I’d rather say “delaying the requirements.” For some churches, anyone who is willing to lead a group is qualified to lead a short-term group. (I prefer not to advertise these). For other churches, the recruit must be a member, complete Growth Track, provide references, or be interviewed. Choose the acceptable level of risk that’s appropriate for your group. For more on this, see Chapter 3 of Exponential Groups.
Once people said “yes” to my pastor’s invitation, we brought them into a briefing to give them a start on how to gather and lead their group. Eventually at the briefings, we introduced them to an experience leader who would walk alongside them for the six week series. For us, by providing the curriculum, we knew what was being taught in the groups, and by offering a coach, we knew what was going on. This gave us more on-going reassurance of quality groups than we had ever had.
The number of new groups you start this way is limited only by the number of people who attend your church. Every person in your church could do a Bible study with their friends. I know you’re immediately thinking of who you don’t want to start a group. Let the exceptions be the exceptions. Only 2 percent or less will be a problem. The other 98 percent will do a great job.
In the first church I served, we quickly reached 125 percent of our average adult attendance in groups. Now, compare that to 30 percent in groups after seven years of doing it the other way. We had 1,000 people in groups and 800 on the weekend. In the second church I served, we had about 4,000 of our 5,000 regular attenders in groups. (That church offered a LOT of other options to our adults).
While there is more risk in this method, there is also more reward. Like I said at the beginning, you can go either way. Neither is wrong. It all depends on how much time you have to get everybody in a group. If you have months, then the second method is the way to go. If you have years, then the first method is fine. If you’re not sure, then run a pilot with a few groups and see what works.

Requirements and training should never go away permanently. If you “lower the bar,” remember you must eventually “raise the bar.” In the first one to three years, most churches can get their entire congregations connected. After that window passes, you must up the ante for groups. Qualify “unqualified” leaders. Create a discipleship pathway. Offer more mature topics in addition to felt need topics.
It’s up to you. What are you willing to risk? If you go too fast, you might be embarrassed or blamed. But, if you go to slow, you can miss out on some great leaders and an opportunity to disciple your members. What are you willing to try?