Help! They All Showed Up for Group.

Let’s talk about the opposite problem from last week. Instead of low attendance, you find that everyone decided to show up. One group in our current series has 30 people meeting at their house. Is this legal? Will the small group police be visiting soon to split up the group? Here are a few tips for when your group attendance exceeds your expectations. 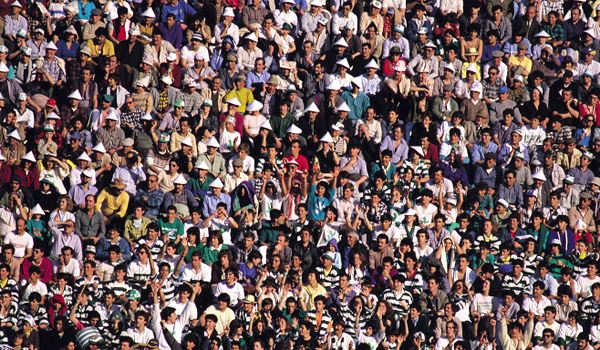 1. If your meeting space is large, then try to make folks as comfortable as possible. Just like a church auditorium, however, your room will only comfortably fill to 80 percent of capacity. If people sense that you have plenty of people in your group, it may become their excuse to back out of group. Make sure everyone feels like they have a place and that they are welcome to the group. Remember, community is what we need the most, yet resist. More to come on #3.

2. If your space is too small, do the best you can on week one, then develop a strategy that night for the next week. Crowd-in the best you can to watch the DVD, then sub-group for the discussion (more on sub-grouping in a minute). If you have a friend in the group or basically anyone with a clue, you might ask if part of the group could meet at their place next week. If that person is not readily apparent, then just ask the group: “It’s obvious that we have a problem. Would anyone else be willing to have part of the group meet at their place?” Chances are that if most of your new recruits were just looking for a group in the neighborhood, they won’t be offended by meeting somewhere else. They’re just not attached to you yet.

3. Make sure everyone can get their word in. Any group larger than eight people (six in a restaurant) makes it difficult for everyone to talk in the group. In a larger group, a handful of the more boisterous members will tend to take over the group while the more timid members might get a chance to talk in the car on the way home. (Well, unless, they are married to a boisterous member.) Have everyone crowd-in to watch the DVD, then say, “Okay this half of the room will move to the living room, dining room, whatever you have available. The rest of the group will stay here.” Notice that I didn’t say, “Men, go in there. Women, stay here.” Your group, most likely, won’t stay at 30 people for the long term. Sub-grouping could lead to starting a new group down the road.  (Now, I said “could.” I will keep my promise). Unless you want to intentionally start a men’s group and a women’s group, it’s best to sub-group by couples.

4. Quickly locate the potential leaders. Once the group has sub-grouped, you can either ask for a volunteer to lead the discussion or you can just see what happens. The leader will naturally rise to the top. Years ago, I heard a small group leader talk about sub-grouping 45 people at their house. They used every conceivable room in the house. Then, they asked the person with the most speeding tickets to lead the discussion. They were the risk takers.

I know that Andy Stanley said that “if it has a back row, it’s not a small group.” Andy is a wise and intelligent guy. But, I also know that some folks have a wonderful gift of inviting and including others. Why would I get in the way of that?