How Do You Deal with Irrational People? 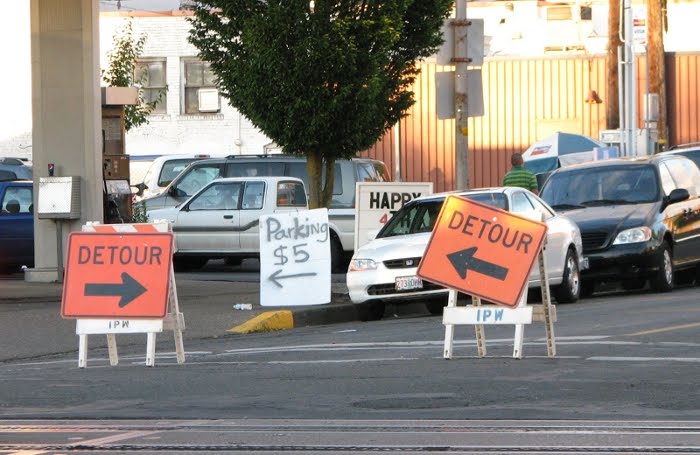 Irrational behavior has no good argument. Yes, Jesus challenged the religious leaders of His day, but He loved them just as much as He loved His disciples. Jesus came to save the lost. The high priest and the others were lost. They just didn’t know it. People who result to anger, cursing or violence aren’t interested in working through a problem. They only want their way. They make
it clear that the only way to get along with them is to co-dependently acquiesce to their wishes. As long as you’re willing to stay on the bottom, things will work out just fine for the bully. That’s a hard place to live.How do you deal with an irrational person? Jesus provides some answers for us.
Meanwhile, the high priest questioned Jesus about his disciples and his teaching. “I have spoken openly to the world,” Jesus replied. “I always taught in synagogues or at the temple, where all the Jews come together. I said nothing in secret. Why question me? Ask those who heard me. Surely they know what I said.”

When Jesus said this, one of the officials nearby slapped him in the face. “Is this the way you answer the high priest?” he demanded.

“If I said something wrong,” Jesus replied, “testify as to what is wrong. But if I spoke the truth, why did you strike me?” Then Annas sent him bound to Caiaphas the high priest. John 18:19-24
1. Stay Calm. When someone yells at you, it’s hard not to yell back. But, then again, you’re not in Kindergarten any more. If the other person decides to jump off of the cliff emotionally, jumping off with them won’t solve anything. (Remember what your mother used to say.)The Bible tells us, “A gentle answer turns away wrath, but a harsh word stirs up anger” (Proverbs 15:1). This is a proverb, not a promise. Jesus gave no harsh words. He stayed calm.
2. Speak the Truth. When people are upset, it’s easy to start back pedalling and even saying whatever it takes to get them out of your face. The problem is that you lose your integrity in the process. The Bible says, “…a double-minded man [is] unstable in all he does” (James 1:8, NIV 1984).The great thing about always telling the truth is that you don’t have to remember what you said. If you always tell the truth, you’re consistent. But, it’s necessary to “speak the truth in love” (Ephesians 4:15). Truth-telling is not an excuse for rudeness.
3. Avoid Personal Attacks. Jesus taught to turn the other cheek (Matthew 5:39), then He got slapped. He didn’t over-react. He didn’t retaliate. He didn’t call down 10,000 angels (Matthew 26:53).Jesus knew that His accusers weren’t the enemy. He was fulfilling God’s mission. It wasn’t pleasant. That’s for sure. But, it was necessary for our salvation.When someone challenges you, points out a fault, or falsely accuses you, it’s a natural defense to point out the accuser’s faults. It’s childish, but it’s natural. But, it doesn’t get you anywhere.If what they are saying is true, even if it’s hard to accept, then we need to take it under consideration. If it’s false, then we really don’t need to worry about it.My kids often get hurt feelings when one calls the other a “baby.” I’ll ask them, “Well, are you a baby?” “No,” they reply. “Then don’t worry about what they say.” Now, nobody likes to be called a “baby,” not even me, especially when I am acting like one.
When you’re falsely accused, you need to remind yourself of the truth. You need to be who you are whether others like it or not. When you get into defending yourself to false accusations, you’re just wasting your time. There’s no winning there. “For the LORD will vindicate his people and have compassion on his servants” (Psalm 135:14).What irrational behavior are you dealing with these days? Who is getting under your skin? Pray for them. Ask God to help you calmly speak the truth when you encounter them. Then let God do His work. If you need help getting started, pray this: Psalm 109.Today’s post comes from the devotional blog: galatians419.blogspot.com

From the Devotional Blog: galatians419.blogspot.com…

NOTE – Today’s devotional presents a disturbing image. If you are highly sensitive, you might want to pass on this one.

He wasn’t limited to one. They all smiled at him. Not one of them appeared to have had a bad day or were the least bit tired. They didn’t complain about him. They were eager. Much different than the situation he faced upstairs. They were available to him. This was as convenient as picking an apple from a tree.
As midnight came and went, Joe knew he needed to get to bed. Tomorrow was a work day. With the click of a mouse, he quickly deleted his history and prayed for God to forgive him. He would never do this again, just like he had promised last night and the night before and who knows how many nights before that.
After a trip to the bathroom, Joe slid into bed next to his wife. She whispered, “Is everything okay? What time is it?”
He whispered back, “Good night.”
Jesus said, “You have heard that it was said, ‘You shall not commit adultery.’ But I tell you that anyone who looks at a woman lustfully has already committed adultery with her in his heart” (Matthew 5:27-28).
As Jim Smith said in yesterday’s post, Jesus wasn’t talking about noticing someone. The first look doesn’t cross the line. Jesus was referring to the second look. If the second look crosses the line into lust, then pornography plunges the looker into the deep end.
Pornography creates a sensation, an escape, and false intimacy. It’s a temporary fix that in this day and age is constantly available. It lures both men and women, young and old.
I’ve heard men complain, “But, it’s not a real person.” Real or imagined, photographed or photoshopped, sin doesn’t take place inside someone else. Sin happens inside of us. Spiritually and emotionally, it’s the same thing.
After it’s all said and done, the user is left feeling empty and ashamed. Pleas to God for forgiveness and promises to abstain might last a few days or hours, but it won’t be long until the user is right back there. No one leaves pornography by himself. No one.
In recovery, folks say, “We’re only as sick as our secrets.” Porn is the sickest of the secrets.
In today’s verse, Jesus says that the sin is serious enough that the removal of eyes and hands might be preferred to continuing to sin. Jesus didn’t mean this literally, but he is challenging all of us to remove anything that might cause us to stumble. Blindness won’t cure porn addiction. People can lust after the images already in their heads. They don’t go away. But, an internet filter can certainly keep future images away from you and your family.
Ministries like Faithful Eyes offer software for filtering and accountability. The filter keeps pornographic or violent images away from both your eyes and your children’s. The accountability software sends every website you surf to an accountability partner of your choosing. This should be someone who loves you, but is not impressed with you. If you don’t have that person in your life, ask God to send you one.
So, is pornography adultery?
The dictionary defines adultery as “voluntary sexual intercourse between a married person and someone other than his or her lawful spouse.” Jesus redefined adultery to include lust. Lust is “intense sexual desire or appetite.” Jesus’ definition of adultery, then, is “intense sexual desire between a married person and someone other than his or her lawful spouse.” You’d be better off losing body parts than going down that road.
CAUTION – If you struggle with pornography, after reading today’s devotional, it will be more tempting than ever. Find an excuse to stay away from your computer tonight. Spend time with your spouse or with a friend. Don’t face this alone.
If you’re ready to get out of porn for good, Celebrate Recovery is a great resource: celebraterecovery.com
Related Article: 40 Positive Reasons to Avoid Pornography
Follow us on twitter: http://www.twitter.com/galatians419
To subscribe or leave a comment on the galatians419 devotional blog: http://galatians419.blogspot.com