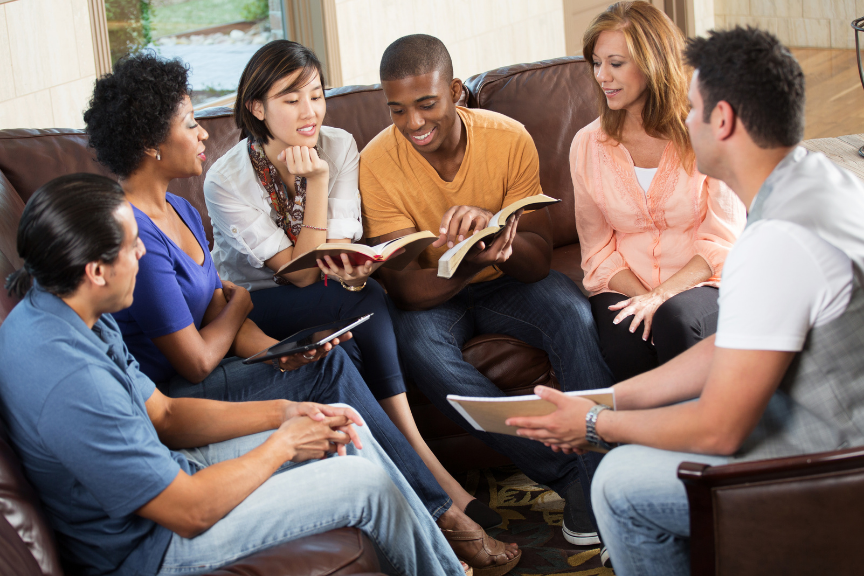 If you need more leaders and even people just to help in your church, you are in good company these days. With low attendance numbers dragging on into the third year since COVID began, the leadership deficit in most churches is bigger than it’s ever been. Small groups are a great catalyst for growing leaders.

Every Disciple Can Make a Disciple

Sometimes you can get a little triggered when we hear the word “leader.” It’s a weighty word. Your mind goes to Paul’s qualifications for elders in his epistles to Timothy and Titus. But, as my friend Randal Alquist at Vertical Church in Connecticut says that when it comes to small group leaders, “We’re not recruiting elders here.” You have more knowledgeable and willing people than you give your church credit for. Give them a chance. If they have friends, they can make disciples. But, you don’t want to lower the bar on the title of “leader.”

When you read “every disciple can make a disciple,” your mind immediately goes to some special people in your church. They’re probably people you would never imagine leading a group or discipling anybody. First, don’t be so closed minded. Crazy people have the unique ability to minister to other crazy people. Second, as my friend Brett Eastman says, “Let the exceptions be the exceptions.” You might be tempted to create an entire system to account for the exceptions. Don’t. Remember that 98% of your people will do a great job leading a group and discipling others. Don’t avoid trying something new or moving forward because someone might cause a problem. As my friend Mark Howell says, “There is no problem-free.” (I just realized that I’m blessed to have so many great friends).

For your people who are not ready to be called a “leader,” create an opportunity for a low risk trial run. This could be as simple as “getting together with your friends and doing a study” for a short-term study of six weeks or so. Provide a video-based curriculum, so they don’t have to teach. (You don’t want them to teach if they’re not trained). You provide an experience leader to walk alongside them to both help and supervise. Then, they invite their friends. Who will they invite?

Let’s say the scale of spiritual growth is 0 – 10. Zero are those who haven’t committed their lives to Christ. Tens are those who are “Jesus Jr.” Everyone falls somewhere on the scale. Now, if a spiritual three starts a group open to anybody and fives, sixes, and sevens show up, what’s going to happen? It will be a terrible experience. The spiritual three is still trying to figure out where the book of Habakkuk is, which makes the group rolls their eyes. But, what if that same three invites his or her friends. Who will be invited? The group will probably be threes, twos, ones, zeros, negative twos, etc.

If you truly want to take the risk out of these groups, then don’t advertise them or send anyone to these groups. If you put the groups on your website or refer the group to someone, you’ve given the group an implied endorsement. If the “leader” hasn’t met the requirements to lead a group or lacks experience in leading, then those who sign up will experience disappointment. Their expectations weren’t met.

A Six Week Study is Just a Start

An alignment series or church-wide campaign is the start of a leadership development process. If they enjoy doing a study with their friends, then offer them another study to continue. Once they have two studies under their belt, then begin to reintroduce the leadership requirements you delayed. Once they have met the requirements, then you can call them “leaders.”

Churches who keep a low bar on leadership for years create a situation with a diminishing return. If series after series is presented as too easy, then campaigns will become unimportant to your members. After all if you don’t increase the requirements for leaders and expect more of group members, then they will regard what you’re offering as unimportant. As my friend Carl George once said, “Churches have a one to three year window to get people into groups with campaigns.” After that, your members will suffer what I call campaign fatigue. They become weary of church-wide push after church-wide push.

You’ve got to know when to offer an easy entry point, when to reintroduce the requirements, and when to challenge your groups in their spiritual growth and commitment. While you don’t want to leave anyone in the dust, you also don’t want to keep everybody in Kindergarten. An easy entry point will get admitted non-leaders started, but keeping the bar low will not keep them engage long term.

Everyone in your groups, both leaders and members, should be taken through a process to discover and develop their spiritual gifts. Use a great resource like Discover Your Spiritual Gifts the Network Way by Bruce Bugbee, SHAPE from Saddleback, or Find Your Place by Rob Wegner and Brian Phipps. Your people should know their spiritual gifts and abilities, then be offered a way to use their gifts in the ministry of your church. Leadershift by Don Cousins and Bruce Bugbee is a great resource on how to implement a ministry development process in your church.

Of course, within every group, every member can learn to lead a group. Pass around the responsibilities from bringing refreshments to hosting in their homes to leading the discussion. You can develop every group member to lead a group.

The global pandemic has rapidly and dramatically caused culture to change. It’s almost like we’ve experienced a decade’s worth of change in the last two years. Things aren’t going back to normal. What we are experiencing now is the normal. You have to lead the church you’ve got.

Not every ministry your church offered in 2019 is worth keeping. While COVID brought a great deal of chaos, it also brought a significant amount of clarity. Have you evaluated what your church no longer needs? If your worship center is only half full on Sunday mornings, then you probably don’t need a parking team. Could your parking team make disciples instead? It’s time to evaluate your ministries. Eliminate what is no longer working or is not meeting a need. “Right size” the ministries that are working. Then, readjust the culture of your church for what lies ahead. Don’t be afraid to lose the people you have. They are with you. They are ready to move forward. If there ever was a time to change things, now is the time.

Small groups have proven to be quite resilient through the pandemic. Rock Church in San Diego increased their groups by 211% in 2020.

Mount Hope Church, Lansing, Michigan increased their groups by 176% in 2021. What can your church do this year? Small groups are a leadership factory. What’s holding you back?