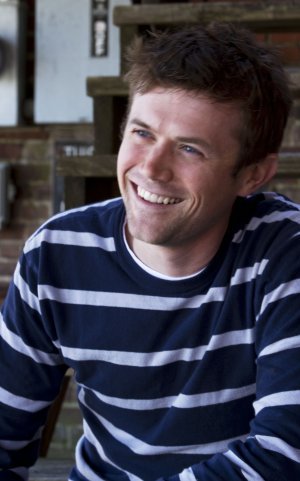 How Important is a Co-Leader for My Group?

You became a small group leader because you are a capable leader. If you weren’t a capable leader, then you never would have been able to gather your group let alone keep them. As a capable leader, you can successfully deliver on all of the tasks associated with group life. You can lead the discussion. You can follow up on group members. You can host the meeting. You can bring home the bacon and fry it up in a pan. But, just because you can do it, should you?

While I have sworn publicly that I will never ask a group to “split,” there are many good reasons to develop a co-leader for your group:

1. A co-leader provides built-in emergency backup. Everyone has one of those days when you have to work late or you have to beat a deadline or your kid gets sick. With a co-leader, you already have backup. While there may be a number of people in your group who could lead the discussion (and I advise that you let them), your co-leader is ready, willing and able to help at the last minute. It would be a good idea to let them lead once in a while even when it’s not an emergency.

2. A co-leader benefits from the lessons you’ve learned. As a group leader, like most of us, you’ve learned some lessons the hard way. Don’t let those lessons go to waste. As your co-leader is learning the ropes of ministry, share your experiences and include them in the learning. When they make a mistake, help them process what happened and what they should do next time. You’ve learned more than you probably give yourself credit for. Share your knowledge.

3. A co-leader shares the ministry. In the Bible, the Apostle Paul had many ministry partners over the years. Timothy, Titus, Barnabas and Silas among others were there to encourage and help Paul. You and I are no better than the Apostle Paul. We all need someone in our corner to share the ministry.
After a meeting, you and your co-leader can debrief the meeting. As you evaluate how the meeting went and how the members of the group are doing, your co-leader will give much needed insight and perspective on the group. It might not be as bad as you think it is sometimes. After all, two heads are better than one.

4. A co-leader prepares for a future group. Eventually, your co-leader will leave your group. It’s up to you to make sure that your co-leader leaves for the right reason. Leaders who are not tapped for leadership will ultimately find a place of leadership somewhere else.

One of three things will eventually happen to your group. (Well, there might be a fourth, but we don’t want to go there). Your group will grow to an unmanageable size, your church will grow and need new small groups, or you as the group leader will be unable to continue at some point.

If your group becomes too large, you will just turn the group over and over until someone gives them another option. Your new members will cycle in and out of a revolving door. This isn’t a good experience for anyone. As your group continues to grow, you must consider everyone’s ability to share in the group and everyone’s comfort in the meeting space. If your group feels crowded, they will stop inviting their friends. If your members can’t get a word in, they will feel unloved. When numbers go up, care goes down. It’s crucial at this point to address these problems with the group. While it may be uncomfortable, if the group is also feeling the pain, then they will be ready to consider some options. Your co-leader could take part of the group and start a new group. Then, both the existing group and the new group can feel the love and invite their friends again.

As your church continues to grow, more people will need a small group. Sure, new people can attend an existing group, but that creates a little weirdness for everybody. [REF] New people do better in new groups. Your investment in your co-leader can certainly pay off with them starting a new group. I’ve seen groups start new groups and in a period of just a few months see the whole ministry grow to 60 plus people. You could never accomplish that in just one group. And, by the way, the best coach for your co-leader is you.

Sooner or later, life can get in the way of group life. Whether the leader is facing a difficult circumstance, a relocation, or something else, if there is no one prepared to lead the group, the group will cease. Since you have developed a co-leader, the group can easily continue with your co-leader taking over the group. As John Maxwell says, “There is no success without a successor.”

The unthinkable fourth scenario: You have no co-leader. Your group stops growing. As the leader, you burn out. One by one your group members stop attending for various reasons. And, eventually, your group is no more. There are a lot of factors that play into this, but, hey, let’s not go there.
How do you find a co-leader? I’ll answer that next week.