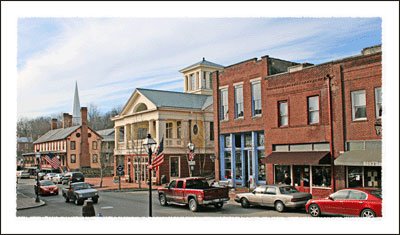 The Rise of the Microsite Church

Multisite churches have multiplied ministries and reached the lost very effectively over the past decade in the US. What started as a desperate need for expansion at Seacoast Church’s Mt. Pleasant, SC campus and the subsequent denial by their city council to let them expand led to the launch of a new model that duplicated services across counties, states and eventually countries in the case of churches like Saddleback. The fix to a zoning problem became a launch pad for evangelism. Now, for the next wave.

A while back on a coaching visit to Seacoast Church, Josh Surratt mentioned to me that a family from their church had moved to the state of Maine and had 40 people meeting in their living room every Sunday watching the Seacoast service online. I said to Josh, “Maybe it’s time to redefine what a campus is.”

Prior to this, a multisite campus had always been a designated building, either rented or owned, some distance from the main/broadcast/original campus that provided a pastoral staff, worship, children’s ministry and other things associated with a church. Now there’s an opportunity for a new model that requires less overhead and could be put in any situation in a town of any size anywhere in the world.

While many churches will reach into the suburbs or into other metropolitan areas, few churches are reaching into small places. I don’t think it’s on the radar to plant a multisite campus in Possum Kingdom, South Carolina, the hometown of Bo and Bear from the band Needtobreathe. If you’re not familiar with Possum Kingdom, it’s right next to Honea Path. There are a lot of towns that no one’s ever heard of before and some of them have very strange names but every town has a group of people who could make up a microsite church.

Now some would object and say, “Doesn’t every small town have some sort of a small church already?” and the answer is yes. The problem is that we live in a national culture. We watch the same television programs and listen to the same music whether we live in New York City or in Podunk Holler, Arkansas. Small churches in small towns cannot compete with what the culture has to offer. It’s just hard to get people’s attention. There are churches, however, that have proven to develop effective ministries in our culture that have a broad reach. By bringing a microsite campus into a small town, you can bring in the quality and effectiveness of a large church ministry and package it for a living room. You could reach not just thousands of people in a metropolitan area but dozens to hundreds of people in a small town. If you do the math, there are more people in small towns than there are in large cities.

The idea of Microsite Churches is seminal at this point. A few churches are beginning to pilot this model or are considering a pilot. Let’s think about the keys to a worship service: you need music of some sort which can be prerecorded on video with subtitles and offered in a living room either through a download or DVD. You need teaching. Teaching on video is very common. I worship at a very large multi-site church and the teaching is by video. I’m at a multisite campus I have only ever met the senior pastor one time, but the video teaching makes you feel like you’re really there. The fact is when churches have the pastors on a screen, people will watch the screen even if the pastor is teaching live in the room.

There are a lot of things to think through: giving, childcare, counseling, marriage ceremonies, etc. But, let’s start with these few paragraphs and discuss what might be next. What do you like? What do you not like? Leave a comment below. I’d love to hear your thoughts on this.