>The Full Extent of God’s Love 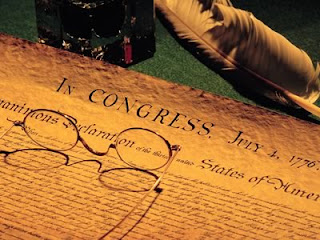 
It was just before the Passover Festival. Jesus knew that the hour had come for him to leave this world and go to the Father. Having loved his own who were in the world, he loved them to the end. John 13:1


As Americans, we enjoy certain unalienable rights (sic) endowed by our Creator. Our founding fathers in the Declaration of Independence called for the end of tyranny and for the freedom of all people. As much as we enjoy these rights over time they had to be defended and protected by diplomacy and often by force. These aren’t rights that everyone respects.

Conflicts around the world for thousands of years have stemmed from people infringing on the divinely endowed rights of others. If these rights aren’t constantly protected, they can quickly disappear.


By the time Passover arrived, Jesus’ mission was nearly complete. His “hour” was at hand. This was the very reason that He came (John 12:27). His mission was to judge the world, to defeat the devil, and to be lifted up (John 12:31-32). This victory would be won once and forever. This battle would never need to be fought again. Jesus’ work was final.


The third sentence of this verse is worth noticing: “Having loved his own who were in the world, he loved them to the end.” Who were “His own”? The immediate context might suggest that these were only His disciples, yet other references in John point to a much larger group.


John starts his gospel talking about “His own”:


“He was in the world, and though the world was made through him, the world did not recognize him. He came to that which was his own, but his own did not receive him. Yet to all who did receive him, to those who believed in his name, he gave the right to become children of God– children born not of natural descent, nor of human decision or a husband’s will, but born of God.” (John 1:10-13).


The qualifications for God’s own people were redefined. Acceptance into God’s family was no longer limited to one race. Anyone who receives Christ is part of “His own,” including anyone reading these words.


We don’t need to fight for our souls. Christ fought for us and won. We don’t need to exhaust ourselves trying to overcome sin and the flesh. Christ is victorious. As we depend on Christ that victory is ours.


How are you feeling? Maybe a little defeated today? Maybe it’s time to remind the devil of his bad news: He lost and Jesus won. Let Jesus win in your life today.