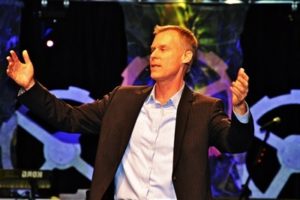 For most churchgoers, the initial draw to a church is the pastor’s teaching and the music. As hard as the other church staff work in their roles, this is the simple truth. The senior pastor plays a highly significant role in the spiritual lives of his congregation.
By connecting the small group study to the weekend message, you can leverage the influence of the senior pastor in leading his people to connect in small groups. Once the pastor has created a video curriculum, his next question will be “How do we use this? How do we recruit more leaders? How do we get people into groups?” Don’t you want your senior pastor asking those questions?
What’s important to the senior pastor will be what’s important to the congregation. Bulletins, video announcements, website – none of these come close to having the #1 influencer in the church direct the congregation. When the pastor asks for people to host groups, people will host groups. When the pastor invites members to join groups, members will join groups. When E.F. Hutton talks…
I learned this lesson over a decade ago. I had spent seven years recruiting and training leaders to find only 30 percent of our congregation in groups. But, the first time our senior pastor stood up and asked for host homes, we doubled our groups in one day. I never looked back. He did all of the recruiting and leading from that point forward. I have not recruited a group leader myself since 2004, even though I have served in another church since then.
The Pastor’s Teaching on Video Curriculum Moves the Weekend Message Beyond the Church Walls.
When church members invite their friends, neighbors, co-workers, relatives and others to join them for a church-produced Bible study, the senior pastor is introduced to many more people than actually attend the church on Sunday. In homes, workplaces, Starbucks and even commuter trains, the pastor’s teaching goes out to many new people.
Often new people will meet the pastor via video before they meet him in person. But, the transition from the living room to the church auditorium now is not quite as daunting. New folks feel they’ve already met the pastor through the weekly group studies. And, don’t tell the group hosts and leaders, but they’re actually doing evangelism. Shhh.
A Simple Teaching Tool Puts Group Multiplication on Steroids.
A video curriculum is easy to use. In fact, someone who has never led before simply needs to follow the instructions. The teaching on the video provides the wisdom and expertise. The questions in the book provide the pathway for a great discussion. Pushing play and reading questions is not so hard.
Think about this: every person in your church has friends. The people who are less involved in the church will actually have far more friends outside of the church. What if your church members each gathered a group of 8-10 people for a video-based study featuring your senior pastor? Could a church of 100 members reach 1,000 people? What about a church of 1,000 going after 10,000? What about a church of 13,000 reaching over 100,000? Is it possible? The Bible says all things are possible with God.
Excerpt from Exponential Groups: Unleashing Your Church’s Potential by Allen White. Published by Hendrickson Publishers. Copyright (c) 2017 by Allen White Consulting, Inc. All Rights Reserved. 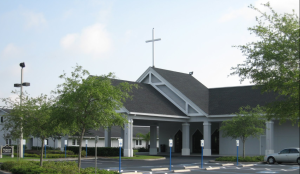